Instant messenger applications are a must for most people who use smartphones. They offer a cheaper alternative to sending traditional SMS text messages because you can send them using WiFi data or the data from your plan when you’re away from WiFi.

For a while now, most of the big names in instant messaging applications have also created Web app versions so that people can open up the same app from a web browser. Having both the web app and the mobile app available means people could always stay connected to the same people regardless of the device they were using.

Most web apps are not as good as the mobile versions, though, because the developers don’t spend as much time on them. The web app is installed on the browser, and generally, apps coming from the browser don’t have many features.

The WhatsApp team have now created a desktop app that can be used as well as the web app on computers. The desktop WhatsApp version is currently only available to be installed on 64-bit processors. If you have a computer that still uses a 32-bit processor, then you’ll need to wait a while longer for that version to become available for you.

How to Install WhatsApp Desktop App on Windows 10

Open the WhatsApp webpage that shows the file that you need to download. Click on the large green button that says “Download for Windows (64-bit)” to get the file downloading onto the computer you want it installed.

The file can take a few minutes to complete downloading. You know it is still downloading if it shows you there is still some time remaining. When the file no longer shows anytime, and all you can see is the executable file’s name, then you can open it.

Click on the small arrow on the right side of the file and then click on the “Show in folder” option from the menu. It then opens up the file location on the computer (typically the downloads folder) and saves you the trouble of having to locate it manually because it is already highlighted this way.

Drag and drop the WhatsApp file from the folder over to the desktop where you want to have the desktop application. 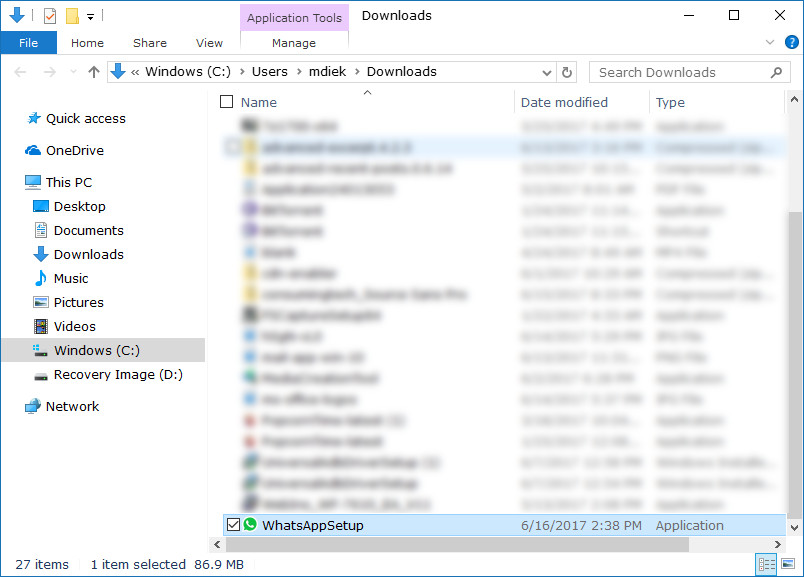 Double-click on the WhatsApp setup file just like you would any other application.

You launching the setup file, the first thing you see is the instruction to use the QR code. For this, you need to turn on your smartphone and launch the WhatsApp application that is on the phone. Also, make sure that your smartphone running WhatsApp is connected to the internet or else it won’t work. With the WhatsApp application launched on the phone, tap on the Menu or Settings — depending on your operating system. (Android has “Menu, ” and iOS has “Settings.”) There is a “WhatsApp Web” option there that you need to use to scan the QR code on the computer’s desktop app that you have open. 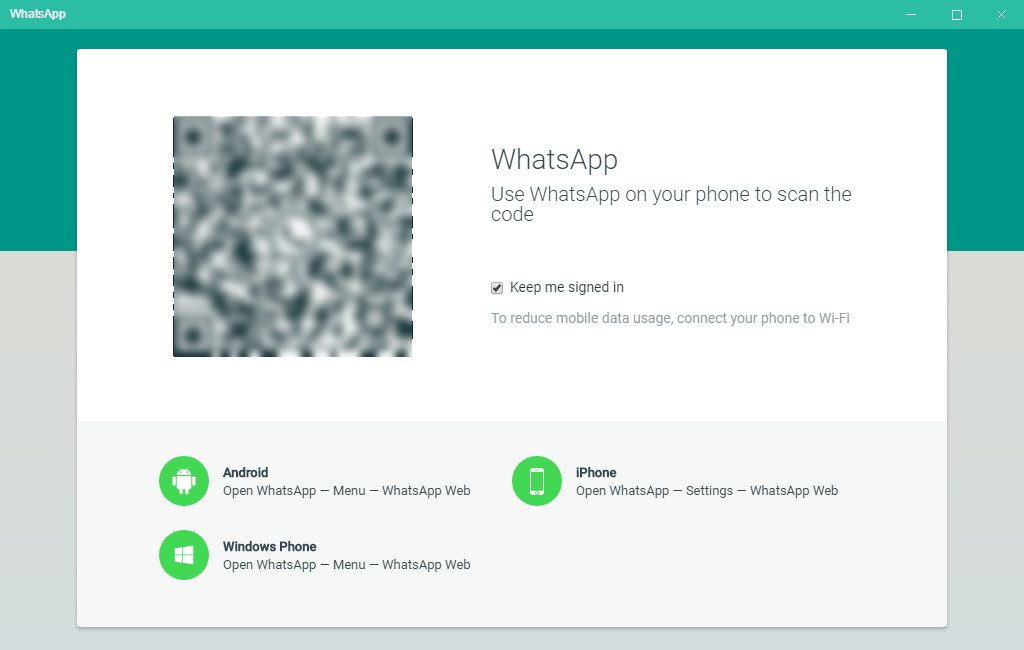 Mathew is a qualified Microsoft Windows systems administrator (MCSA) who has covered OSs, browsers, the internet, and related tech since 2011. He is the founder and editor of ConsumingTech.com and is a freelance tech writer for various publications around the Web. Mathew graduated from DDLS Melbourne (now Lumify) in 2011. He grew up in Melbourne and lives in rural Victoria, Australia. Read Mathew's full biography. Mathew's social profiles: Twitter, Facebook, Mastodon, Instagram, LinkedIn, and GitHub.
« Download Adobe Reader App for Windows 10» Turn On/Off Spell Checking in Windows 10