One of the problems that new web browsers have is that they have to compete with existing web browsers that are often produced by large companies. Naturally that makes things pretty tough and from our perspective as users, we almost always don’t even bother with a new browser because we already know that they aren’t going to have the resources to match anything that the likes of Google and Microsoft are doing because Google and Microsoft employ the best engineers in the world to work for them because they can afford to do that. 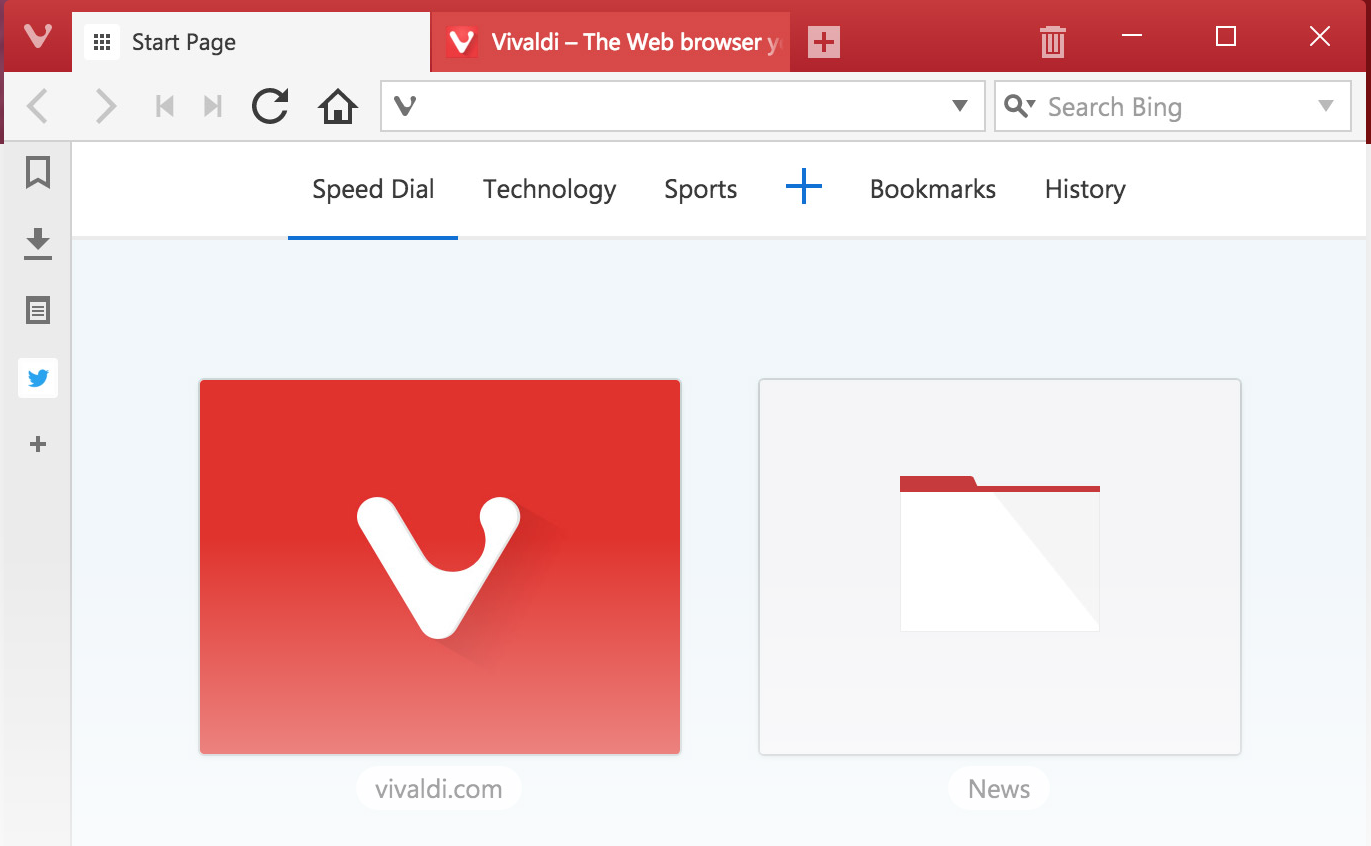 Having the head honcho at Opera as the creator of the Vivaldi web browser is a good start, but the Vivaldi browser has another trick up its sleeve also which is that you can use any of the Chrome extensions that you are already familiar with due to the fact that this new browser is based on the open source Chromium.

You might hear some stories that Vivaldi isn’t ready yet to be used as your daily web browser, and it can’t even open up websites such as PayPal, etc. but I’ve already had a play with Vivaldi myself before writing this, and I’ve purposefully trialed all of the things that I had read online that were the browsers down points, and not one of them is currently true, including the Paypal rumor. I have opened Paypal where I do lots of my business transactions, and it works perfectly fine. Some people are suggesting that they couldn’t get the Paypal website to show up on the screen at all. I knew it sounded a bit odd when I first read it, and it was likely that they just need to refresh the page because it should be loading all websites that work on your other browsers.

One of the reasons that some reviews have stated Vivaldi is a great choice is because of a thing where you can have multiple windows open at once. To be honest with you, I have been doing that with my other browsers for a long time. All you need to do inside Google Chrome to mimic this, for example, is click and drag the window so that it opens in its own window and then minimize one of them and both of them fit on the same page. You could argue that Vivaldi does this better and more efficient, but I’m not sure I would be installing Vivaldi just for that feature alone.

Visit the Vivaldi website and then click on one of the download links that are available on the page. The green button that says “download” will do if it is still there during your time of visit, but any other button that says download on it will also work.

If you clicked the green button like I did, then the next page you see is the “Download Vivaldi 1.6 for Windows” that you need to click. Once you do that, it will begin downloading directly above the taskbar just like any regular download.

Note that on the button above, it says the download is for Windows. While that is true, if you are running an older version of the Windows operating system such as Windows 7 or Windows XP then you need to scroll down to the bottom of the page and click the link that is available where it says the name of the Windows version instead.

Likewise, if you are running Mac or Linux on your computer as the operating system then you need to click on one of those links instead of the green button like I did in the step above that is only for newer Windows operating systems. 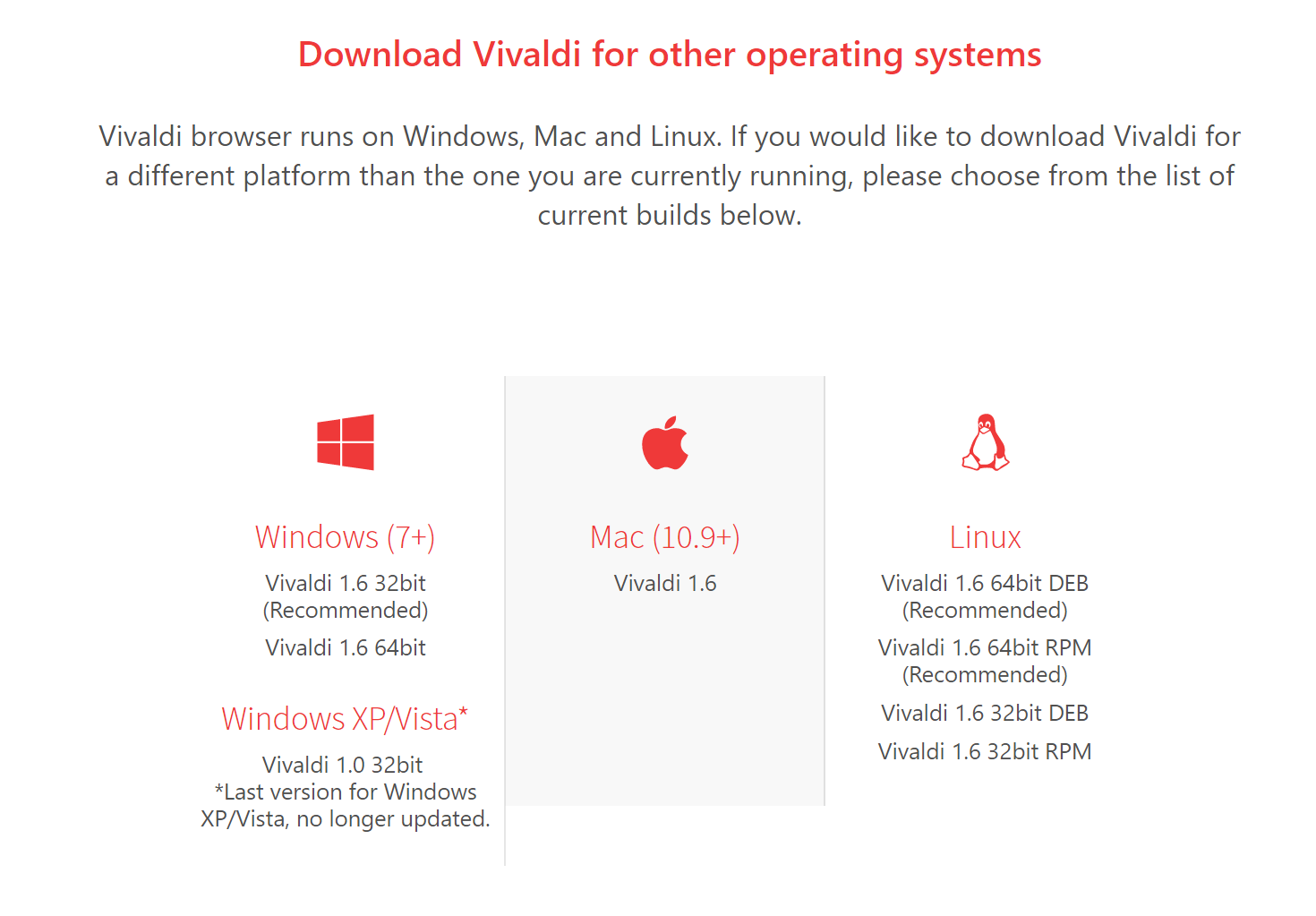 Click on the Vivaldi executable file that is available above the left-hand side of the taskbar and directly above the “Start” menu.

Doing so opens up the main page of the Vivaldi setup wizard. All you need to do here is click on the “Accept and Update” button that is available on the far right.

Those of you who wanted to install the portable version of the Vivaldi web browser should click on the “Advanced” button instead. We have created another guide that goes into detail about how to do that if you would prefer doing that instead. 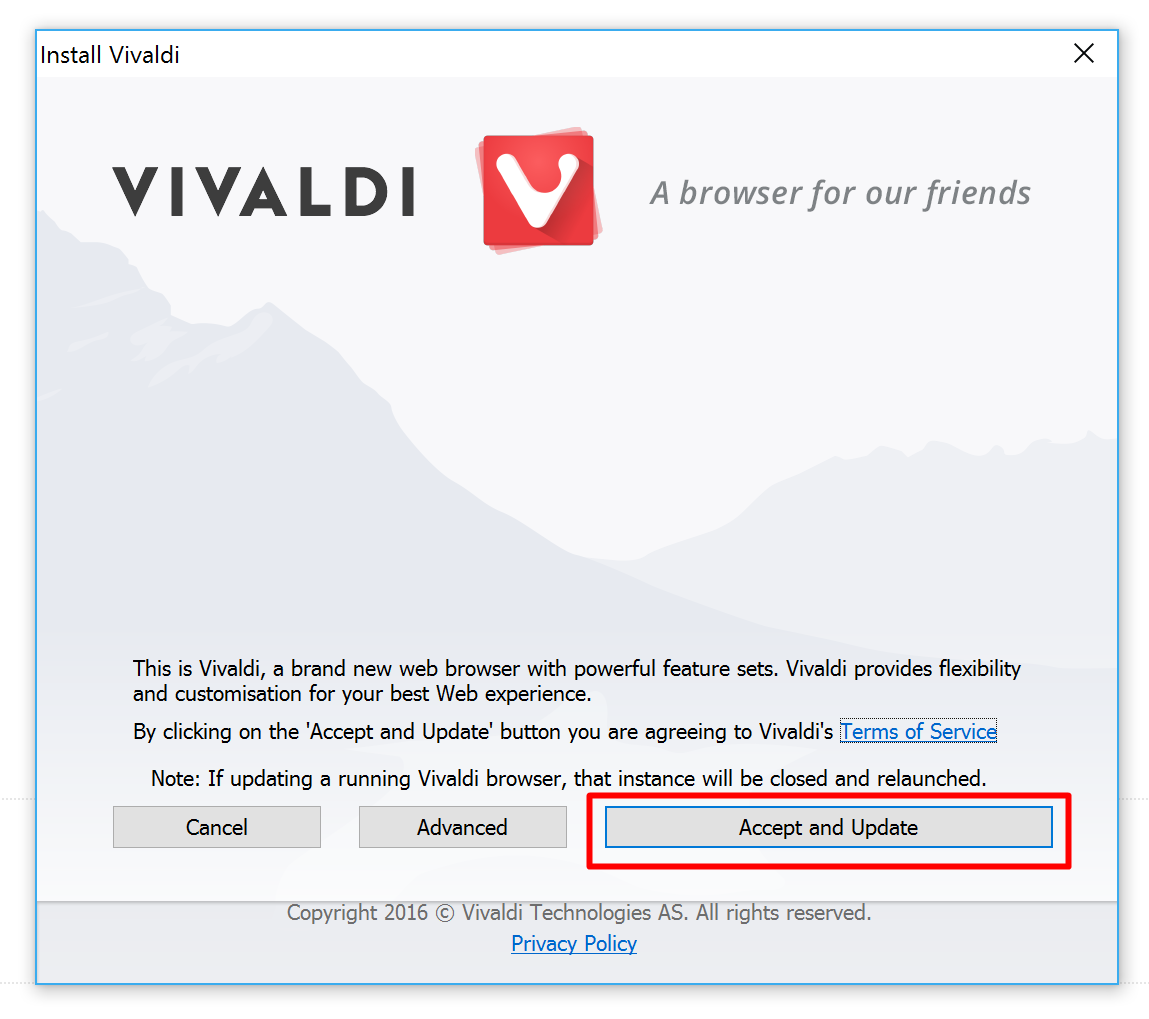 Wait for the progress bar that says it is “installing Vivaldi” finishes and removes itself from the computer’s screen.

It then automatically opens up the Vivaldi web browser on your computer.

The Vivaldi web browser is now installed on the computer. If I have one gripe with the new browser that I installed today, it is that I have no idea how to open it since there is no new icon on my computer to open it. My Microsoft Edge browser has the icon available from the taskbar by default, and after I install the Google Chrome browser, it gives an icon on the desktop. Both of those are good things because naturally, I’m going to want to open the browser that I just chose to install. Hopefully, Vivaldo understands that soon. What I’ve found I have to do is open up the “Downloads” folder and search for it until I find the red Vivaldi icon and click on it. It then gives me the “Install and Update” screen again and then the browser opens. It isn’t doing the complete install like it suggests that it is because when I open the browser, it has the same tabs open that I had the last time I was using it.

in Browsers, Windows 10 No Comments

Mathew is a qualified Microsoft Windows systems administrator (MCSA) who has covered OSs, browsers, the internet, and related tech since 2011. He is the founder and editor of ConsumingTech.com and is a freelance tech writer for various publications around the Web. Mathew graduated from DDLS Melbourne (now Lumify). He grew up in Melbourne and lives in rural Victoria, Australia. Read Mathew's full biography. Mathew's social profiles: Twitter, Facebook, Mastodon, Instagram, LinkedIn, and Github.
« Add Another Email Account to Outlook in Windows 10» How to Install Adobe Flash Player on Vivaldi Browser