How to Root with Magisk without PC 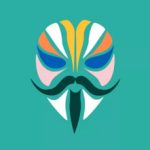 I am trying to get root access with Magisk without a PC and ideally without it being more than an issue than what finding someone’s PC would become. I don’t have a computer at the moment and won’t be buying another one just yet. But I also want to root my smartphone in the meantime. Resolution:

There is no way to get root with Magisk without a PC at this time. The reason for that is that you can only install Magisk via a custom recovery image such as TWRP or via adb commands on a computer. The most common method used is via the custom recovery image. You can check just about any root tutorial for Magisk on how to do that. The other method which is much lesser known can be learned here: How to Install Magisk without TWRP.

It makes sense that you could not get root using Magisk without a PC because usually, those methods are one-click rooting methods, and Magisk certainly is not that. That said, you may wish to get root by using a one-click rooting method instead if you do not have a special use case for Magisk. The idea behind using Magisk is that it is a systemless root method which means it does not conflict with Android SafetyNet.

If you are interested in using a one-click rooting tool, there are many available. Samsung users can use CF-Auto-Root. Many other devices can use KingRoot. And some people even prefer using the similarly named KingoRoot. That is by no means all the one-click rooting methods; just a few of the favorites that can root a great many devices. Be warned though that the downside of one-click rooting methods is that there are not always useful for every version of Android. A tool like KingoRoot for example does not work with the latest versions of Android.

In the end, for many people, it’s best to try to find a way to get a computer in front of you before you try to get root access. It may end up saving you time.

Mat Diekhake is the editor of ConsumingTech.com. He has been inseparable from the internet since Web 2.0 in 2005, and by 2008 decided on a career in IT. With a never ebbing desire to cover technology, he spends most days consumed by Windows, Linux, and Android in particular. Though he has spent innumerable hours learning consumer software in general, formally and as an autodidact, and has personally authored over 10,000 articles since 2010. He is a qualified Microsoft Windows systems administrator (MSCA). Read Mathew's full biography. Mathew's social profiles: Twitter, Facebook, Instagram, LinkedIn, and Github.
« How to Install Magisk without TWRP» How to Install Magisk on LGE LM-Q730