How to Have Fake Chat Conversations in Android

Faking messages lets you have fun with your friends, and you can show them what somebody told you (even if they didn’t) with these fake messages.

Creating fake texts on an Android device is darn easier, all thanks to an app available on the Play Store. Just go and grab the app and you should be all set to fake messages on your device. 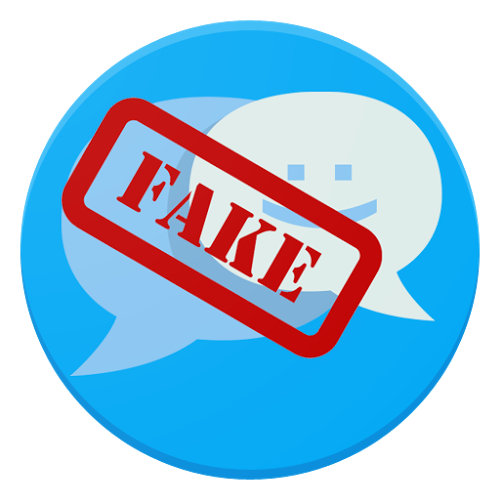 How To Fake Messages In Android

To do this task, you need to download and install an app called Fake Chat Conversations. The app is available for free on the Google Play Store for you to download.

Open the App Drawer on your Android device and find and tap on “Play Store” to launch Google Play Store. Then, tap on the search option and search for and tap on “Fake Chat Conversations.” The app page should open where you need to tap on the button that says “Install, ” and that will download and install the app on your device for you.

Launch the app after it has been downloaded and installed on your device. To do that, launch your App Drawer and tap on “Fake Chat Conversations” and the app will launch.

When the app launches, it will ask you to create a profile to begin a fake conversation. To do that, tap on the plus icon, and it will let you create a new profile in the app.

You can then enter the details of the profile such as the name of the person, last seen status, and profile image. Tap on “Save Changes” when you have entered these details so the app can save the profile on your device.

Once a profile has been created, you will be taken to the standard messaging screen on your device from where you can begin to send fake messages. The screen looks exactly like what it does in the real messaging app on your device.

On this screen, you can begin to send your fake messages. To do that, tap on the message field and type in something, say “Hello world!”, and then hit enter to send the message.

The app will show as if the message was actually sent and it will even show two blue ticks to indicate that the recipient read the message. Now, if you would like to act as if you are responding to that message, you have two icons on your screen to do that.

These icons let you control who you want to be when you send a message. You can act as two people actually and exchange messages however you want.

You are not limited to sharing just text messages. You can also send voice notes just like how you can do with the actual messaging apps. To do that, you can use the mic icon on the screen, and it will let you record and send a voice note to the recipient. You can also choose photos from your gallery to be sent should you wish to do that.

One more thing it offers is calling capability, of course, fake calling. You can tap on the call icon to place a call, but the call will not go through actually as it is just a fake thing.

So, that was how you could fake messages on Android devices.

Mahesh is a technology enthusiast who loves everything about tech, be it Apple, Google, Android, iOS or any other cool gadget. He enjoys covering tips and tricks for consumer software such as Android, Mac, and iOS. He spends most of his time thinking about new helpful tips in front of his Mac but also knows mobile operating systems very well. Mahesh has been writing online for nearly a decade and has written for some of the most renowned websites in the world, including Make Tech Easier and The Unlockr.
« How to Take a Selfie on Mac» How to Lock Apps in Android