Get Linux-Like Terminal on Android Devices

If you have been a long time Linux user, you are likely to have a vast knowledge of terminal commands, and you wish to see the same in all the gadgets you ever use.

If you happen to have an Android device, then you can add a Linux like terminal on your device. That way, you will be able to type and execute Linux commands right on your Android device.

You don’t even need to root your device to be able to do that. All you need to do is download an app from the Play Store, and you are ready to go.

Getting a Linux like Terminal on an Android Device

To do this, you are going to use an app called Termux that is available free of cost on the Google Play Store.

Open the App Drawer on your Android device and tap on Play Store to launch Google Play Store. When it opens, search for and tap on “Termux.” You land on the app page. Tap on the button that says “Install” to begin downloading and installing the Termux app on your device. 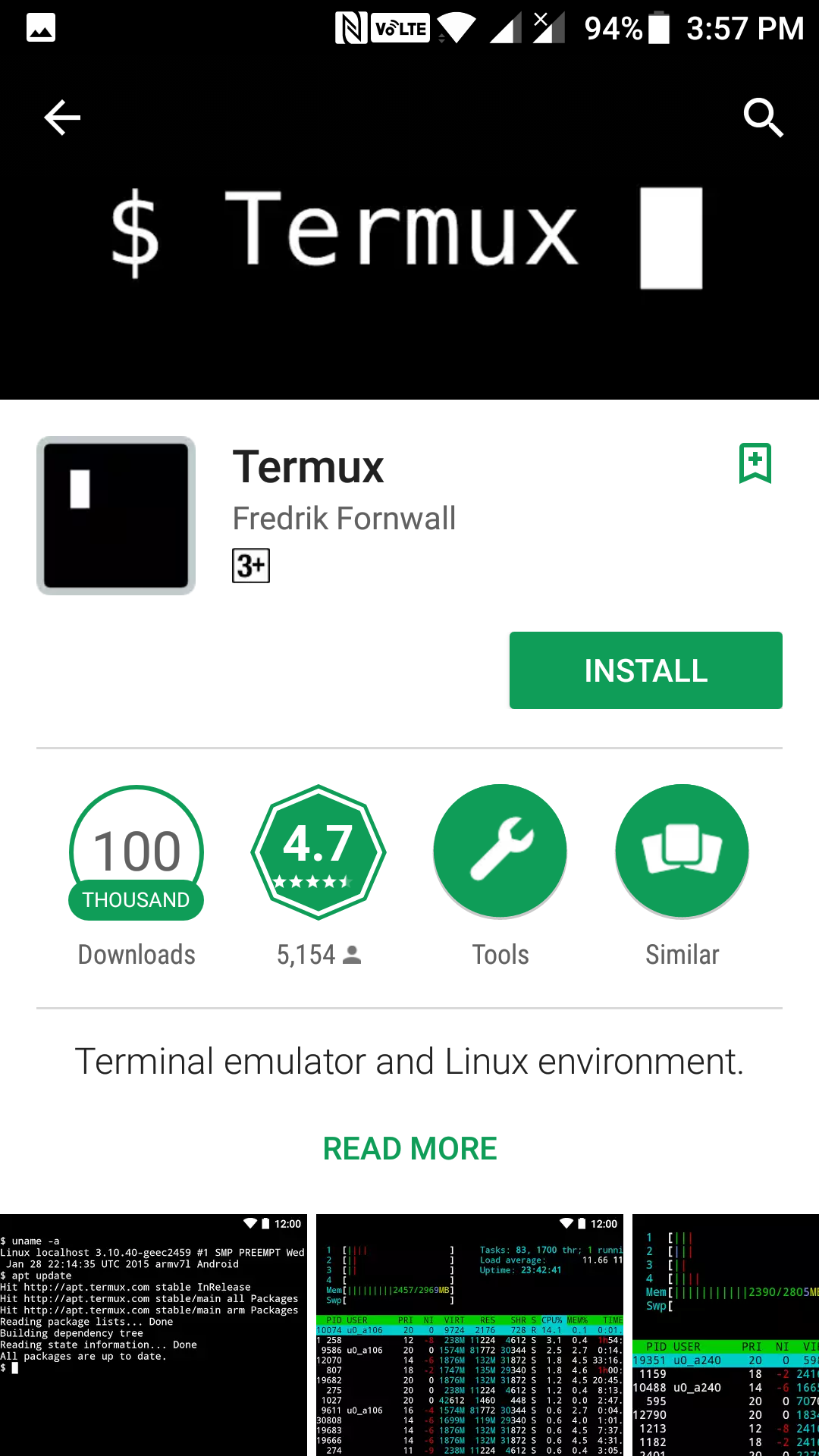 When the app launches, you will see a screen with a black background. This is the terminal interface that you can use just like how you do on your Linux machine.

Now that the terminal like app has been installed on your device, what you need to do is update the packages so that everything is up to date on your device. To do that, type in the following command into the terminal window and press enter.

Wait for the updates to be installed on your device. Depending on the number of updates available, it takes somewhere between a few seconds to a few minutes for the process to finish. Once the updates have been installed, you might want to install some of the apps available in it.

To do that, you can run the following command, and it shows you a list of all the available apps for you.

You should now see a long list of apps that can be installed using Termux on your device. If you like an app from the list and you would like to install it, then you can use the following command to do that.

Since you are running it on an Android device, you will, of course, have limitations. You cannot use it as significantly as you do on your Linux machine. One of the issues you will likely face is the absence of the Ctrl key. Some of the apps you install require you to press the Ctrl key to perform an action, but there is no such key on Android devices.

Once you are done playing around the app, and you wish to close it, you can do so by typing in the following command and hitting enter twice.

You should now be out of Termux and be back to the Android world.

So, that was how you could get a Linux like terminal on Android devices.

Mahesh is a technology enthusiast who loves everything about tech, be it Apple, Google, Android, iOS or any other cool gadget. He enjoys covering tips and tricks for consumer software such as Android, Mac, and iOS. He spends most of his time thinking about new helpful tips in front of his Mac but also knows mobile operating systems very well. Mahesh has been writing online for nearly a decade and has written for some of the most renowned websites in the world, including Make Tech Easier and The Unlockr.
« Scan Ports on Android Devices» Add Google Drive Folder Shortcut to Home Screen in Android