Halo: Spartan Assault was announced by Microsoft a few weeks ago and is now available to be purchased with Windows Phone 8 and Windows 8. The Windows 8 part is no surprise here and should be a great buy for any Halo fan.

Halo and Xbox have a rich history with it as an Xbox only game. Not only that, but it reached maximum heights and propelled Xbox sales for Microsoft. Just how big of a deal Halo was for the Redmond companies gaming console is hard to say, however, deciphering it as anything other than instrumental would be an insult. 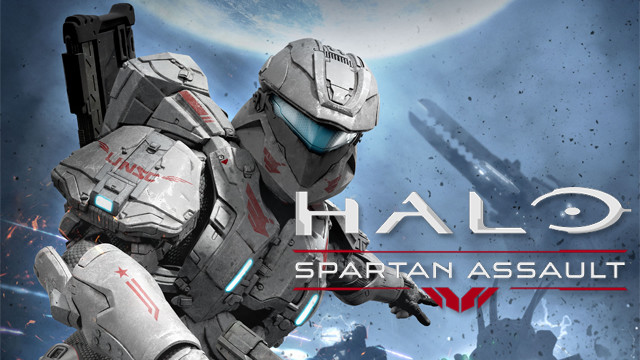 If you go back a few years you would be hard pressed to visit at least one Xbox owners’ house without being able to check out a cover of Halo on the coffee table. On top of that there must be many a gamer who purely purchased the console for the sake of having a go at the much talked about sci-fi delight. I can even remember friends’ fathers sitting around the house playing like zombies — it was that big of a deal.

Mobile games have come a long way over the last few years as have mobile in general. When someone thinks of a mobile game there is still somewhat of a stimulus of it being nothing other than a time-filler. Something to play during travel or as a boredom cure. If games such as Spartan Assault keep getting pushed out that just might soon change. Sure, it isn’t on par with the computer version (obviously) but it does a mighty job at doing its best impression. The game being played on the mobile gives a much smaller sky view as to be expected, but the game itself is still top-notch.

This is good news for Halo and Windows fans alike because its efforts like this that will keep the relationship going along strong. The main downside for app buyers of this game is the rather hefty price tag of $6.99. Having said that it’s money well spent if you are a Halo fan. That much I know.

Update: There is also a version of this game available for the Windows RT tablet although I am yet to come across anyone who has given it a go. At this point it would be fair to say it most likely will fall in between the two other versions of the game. It’s also been labelled as a must play for fans of the series.

Mat Diekhake is the editor of ConsumingTech.com. He has been inseparable from the internet since Web 2.0 in 2005, and by 2008 decided on a career in IT. With a never ebbing desire to cover technology, he spends most days consumed by Windows, Linux, and Android in particular. Though he has spent innumerable hours learning consumer software in general, formally and as an autodidact, and has personally authored over 10,000 articles since 2010. He is a qualified Microsoft Windows systems administrator (MSCA). Read Mathew's full biography. Mathew's social profiles: Twitter, Facebook, Instagram, LinkedIn, and Github.
« Microsoft Spokesman Announces Ability to Play Games Before Download Completes on Xbox One» Nokia Lumia 1020 with 41 Mega-Pixel Camera Out July 26