Samsung now more than ever has smartphones coming with unlocked bootloaders. Often this is not the choice of Samsung but rather the phone carriers Samsung relies on for sales. The bootloader has always been an interesting topic for Samsung device owners who look to customize their devices. We are told that before you can customize you must unlock the bootloader. However, there have also been one-click rooting tools that can get root access such as CF-Auto-Root. The reason for this is because genius tools like CF-Auto-Root would unlock the bootloader for you during the flashing process; CF-Auto-Root would install a modified recovery image and then clean up its own work and restore the original one before it finished, too. 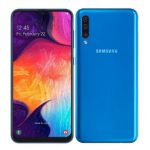 The following tutorial demonstrates how to unlock the bootloader on the Galaxy A50 smartphone.

How to Unlock Samsung Galaxy A50 Bootloader

The Samsung Galaxy A50 is OEM unlocked, meaning it is easy to unlock the bootloader. Here is how it is done:

You may now want to install some custom ROMs on the Samsung Galaxy A50.

In conclusion, that is how to unlock the bootloader on the Galaxy A50 smartphone.

Mat Diekhake is the editor of ConsumingTech.com. He has been inseparable from the internet since Web 2.0 in 2005, and by 2008 decided on a career in IT. With a never ebbing desire to cover technology, he spends most days consumed by Windows, Linux, and Android in particular. Though he has spent innumerable hours learning consumer software in general, formally and as an autodidact, and has personally authored over 10,000 articles since 2010. He is a qualified Microsoft Windows systems administrator (MSCA). Read Mathew's full biography. Mathew's social profiles: Twitter, Facebook, Instagram, LinkedIn, and Github.
« Unlock LG V35 Bootloader and Root with Magisk» Unlock Motorola Bootloader without Code