The following tutorial demonstrates how to enable and disable the Windows Terminal feature “Always On Top” when using a version of the Windows 10 operating system.

4. From the right side of the same window,  click on the Always On Top toggle to turn it on or off.

5. After selecting to turn on of off Always On Top, click on the Save button at the bottom of the Settings page. (Click to enlarge the screenshot below.) 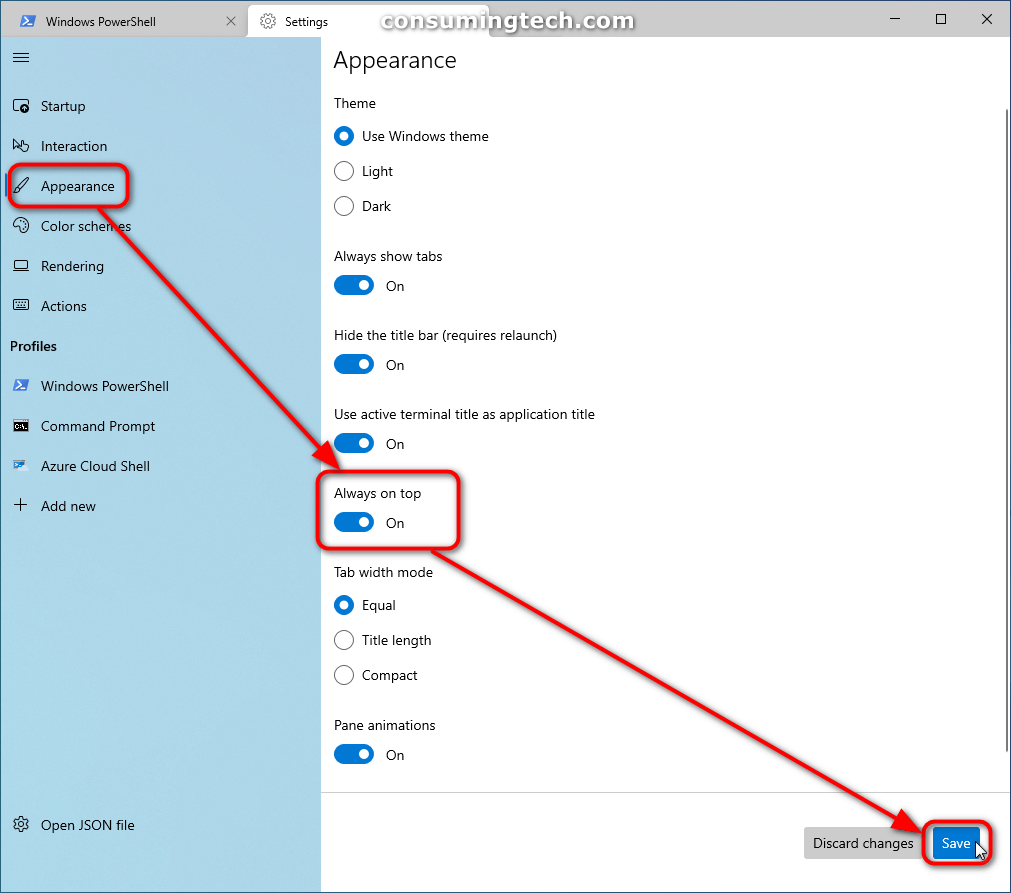 In conclusion, that is how to enable and disable the Windows Terminal feature “Always On Top” in Windows 10.

Mathew is a qualified Microsoft Windows systems administrator (MCSA) who has covered OSs, browsers, the internet, and related tech since 2011. He is the founder and editor of ConsumingTech.com and is a freelance tech writer for various publications around the Web. Mathew graduated from DDLS Melbourne (now Lumify) in 2011. He grew up in Melbourne and lives in rural Victoria, Australia. Read Mathew's full biography. Mathew's social profiles: Twitter, Facebook, Mastodon, Instagram, LinkedIn, and GitHub.
« Add/Remove ‘Open in Windows Terminal as administrator’ Context Menu» Hide/Show Title Bar for Windows Terminal App in Windows 10