Android is a Linux-based operating system, and if you know about Linux, you would know the main attraction is it is built from open source code and is perfect for hacking. The Android mobile OS is also based on Linux after the Google-owned company bought it out some years ago. Hacking Android devices is fun and doesn’t cross many boundaries; you have already paid for the device so why shouldn’t you be able to do what you want with it? There’s only one reason these tech giants do not want people hacking, and that is because it would cause them many headaches if they were to cover hacking under warranty. Instead, they say they do not permit us playing with the operating systems; thus they do not cover it under warranty.

That brings me to my next point: bricking devices. While there is significant upside with gaining root access on a device, it does not come without its risks. The main risk is you might soft brick the handset. If that happens, you need to get it fixed. The great news is that if your device to root your device with the KingRoot rooting tool, you cannot brick a device at all. 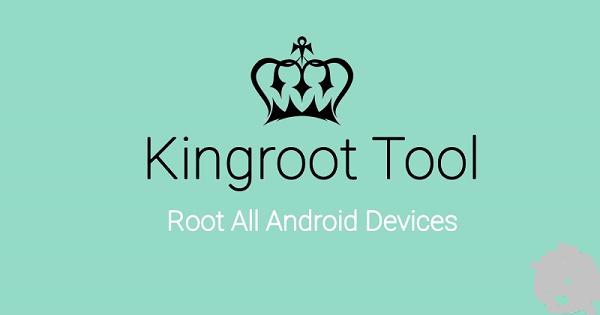 KingRoot works by pinging back the data from its servers when looking for the best way to root your device. All this research is already completed, and we know which devices can be rooted. Moreover, we know what Android software and firmware versions can be rooted too! We can tell you that Android 5.0 Lollipop does get root access using the KingRoot tool, and we have the APK file for you to download and use directly below. Simply follow the guide and get it on your device, click the ‘try to Root’ button and wait and see if you can get root access.

As I previously mentioned, this guide comes without any risk. If your device cannot be rooted, you simply get that message on the screen and don’t use it. That is different from a normal rooting method whereby you might attempt to gain root access; it fails and you would usually end up with a bricked device. That is what makes the KingRoot one-click universal rooting tool so amazing. If you are using a device that still runs this Android version, the KingRoot app will help you root it. Honey is not most people’s favorite food, but Honeycomb makes for both a great treat and Android software version. If you are still running Android Honeycomb, the KingRoot APK will help you root it. This version of Android came preloaded in any of the best Android devices at the time, including the Samsung Galaxy S2 smartphone. If your device has not upgraded to something newer, you can use the KingRoot app to root it. If you had enough of updating devices and decided to stick with Ice Cream Sandwich, you will be pleased to learn that KingRoot works well on your devices. Android Jelly Bean is not as popular as it once was, but the KingRoot APK still roots this software version as well as any other. Android KitKat is still running on many devices, and this version of OS gets root access with the KingRoot tool. Lollipop is the latest craze and is just getting popular now on many devices. If you are running this version of Android, you can root it with the KingRoot app.

Related:10 Things You Need To Know About KingRoot

The file you need:

1. Install the app the same way you would any other app for your Android smartphone or tablet by using a File Manager. Alternatively, you can read how to install any APK file on Android devices and do it a different way.

2. Make sure your device is on the compatibility list:

3. Tap your finger on the app from the app drawer to open it.

4. Tap the ‘try to Root’ button, or wording similar.

5. The KingRoot servers will now take a moment to go to work and find your rooting method if it is available.

6. Those who cannot root will get a fail message. All others will get a progress bar as the rooting takes place.

7. Wait for it to finish and it should give you a success message on the display.

Everyone who did not get it working, but your device is on the compatibility list from the links above should try downloading the desktop version and try again. While the KingRoot tool is known as more of a soft rooting process, you can still flash a custom recovery image. Once you have Philz Touch, TWRP or CWM for your device, you can upload zip files and flash custom ROMs. You might be interesting in checking out some of our custom ROM guides for your device. You can test out the KingRoot method by installing the root checker app from the Google Play Store.

Mat Diekhake is the editor of ConsumingTech.com. He has been inseparable from the internet since Web 2.0 in 2005, and by 2008 decided on a career in IT. With a never ebbing desire to cover technology, he spends most days consumed by Windows, Linux, and Android in particular. Though he has spent innumerable hours learning consumer software in general, formally and as an autodidact, and has personally authored over 10,000 articles since 2010. He is a qualified Microsoft Windows systems administrator (MSCA). Read Mathew's full biography. Mathew's social profiles: Twitter, Facebook, Instagram, LinkedIn, and Github.
« How to Root Samsung Galaxy Tab N9106 with KingRoot» How to Root Samsung Galaxy Core Advance (GT-I8580)