Windows Defender has been around for a while, but it wasn’t good antivirus until more recent times. We don’t advise people to switch away from Windows Defender anymore because after running it ourselves, we have determined that it is capable of giving you everything you need that you have come to expect out of an antivirus protection.

That said, you also have the free will to choose whatever antivirus protection you like. As far as free versions go, Avast is fantastic and should keep you about as troublefree as the Windows Defender does.

There are plenty of good free versions of antivirus out there just like Avast, and Avast is one of the better ones. It’s better than most of the others because it’s good at keeping out viruses, but it still has much in common with the other free antivirus solutions out there, and that is that it doesn’t give you as many features as the paid version. Windows Defender, on the other hand, does give you all features.

Windows Defender is always free for the Windows 10 operating system, so no paid version offers more features. Naturally, that means you get all the best features possible in its free version. Just another reason why you might want to look into keeping your Windows Defender antivirus before swapping it over, technically, it should be better than any of the free solutions out there.

That said, we aren’t taking money from Microsoft to try to sway your views on what you should or shouldn’t do, so feel free to use whatever antivirus you like. Consider it food for thought for those who have not yet though.

You’ll get the file downloading just above the taskbar on the left side of your computer’s display. Wait until that file finished downloading and then click on it.

There’s no unzipping required or anything like that. You just get the Avast free installing now. Wait for it to finish preparing for the installation. 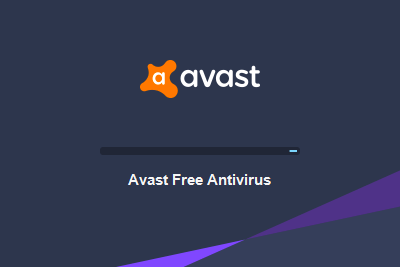 Click on the green “Install” button to begin the installation of the Avast free antivirus. 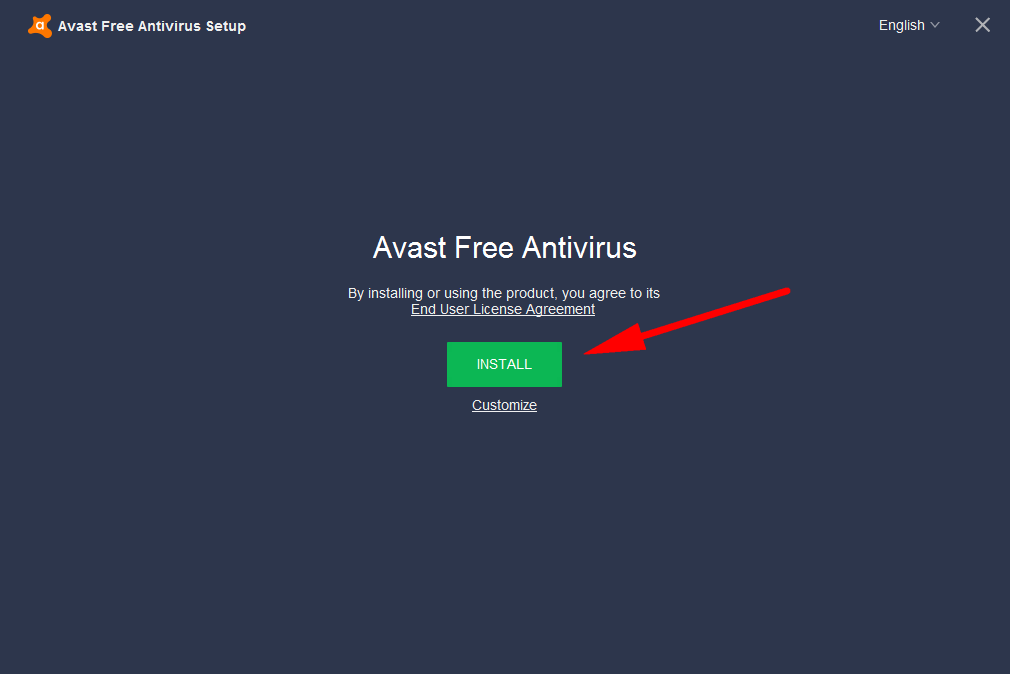 It takes a few minutes to finish stalling, so instead of making you wait for it to complete, it minimizes itself to the bottom right corner of your computer’s display so you can continue using the computer if you want.

Once the desktop version finishes installing, it gives you another message asking if you want the Avast for mobile as well. Those just want it for the computer they are using now should click on the small link that says “No, I don’t want to protect my Android phone” at the bottom of the window, beneath where it gives the big green button for installing it. 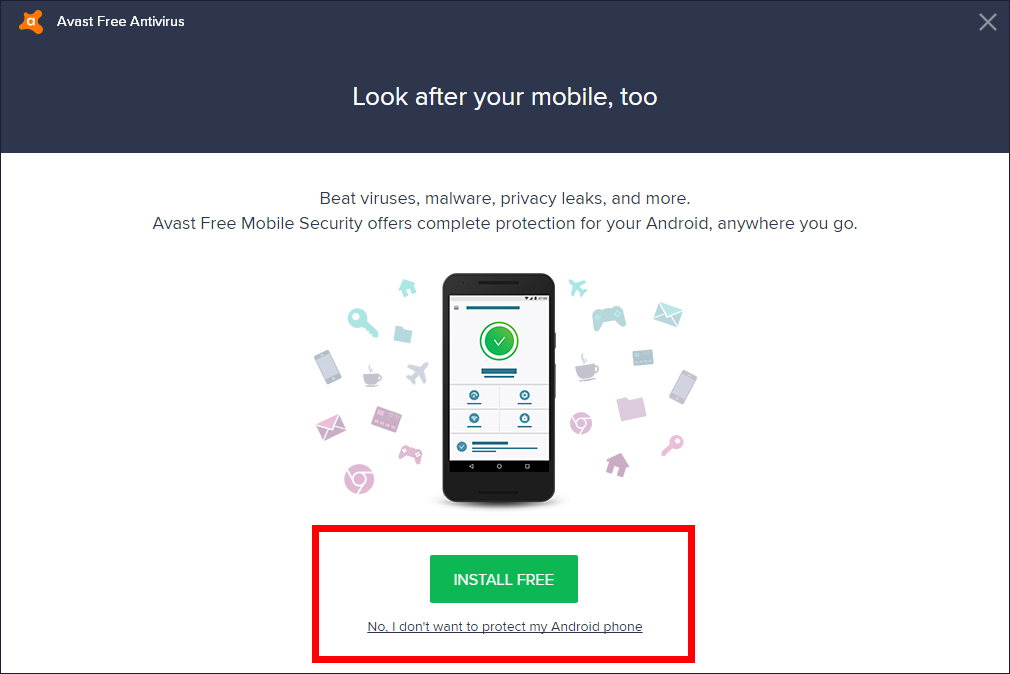 As part of the free experience with Avast, they automatically have you signed up to share data with them and third-parties, those third-parties meaning that they probably sell your data rather than just hand it over for free. What that data is exactly isn’t clear. They say that all software collects information about you, such as websites and search engines. That is true, but it is never personally identifiable data. A website, for example, will collect data like your IP address, your rough region in the world—close enough to be within comfortable driving distance but never a walk (nearest mobile tower)—what web browser you are using and the operating system for the sake of delivering a better user experience. You can typically find out exactly what information a website obtains by looking at its privacy policy. Avast seems to be a bit more cheeky in this area and doesn’t denounce what data they collect, and it doesn’t say whether or not it sells your data; however, sharing your data with third-parties probably means selling your data and that’s part of how they offer you a “free” service here.

While not ideal, Avast does let you opt out of them collecting your data and them sharing your data by visiting the Settings after you have finished with the installation.

Note: We’ve done some further research regarding what information Avast does collect since it would’ve been irresponsible reporting to not research it thoroughly before suggesting that they do things like sell your data to third-parties. We don’t know whether they do sell your information, but Avast employees have stated that the information shared with third-parties is only done so to improve their services further. We have also found out that Avast employees have stated that the information they collect is “nonpersonal identifiable” just like most of the other data that gets collected online, so you shouldn’t have anything to worry about there either. Their message when you install Avast does not allude to that, but here is the direct quote:

Avast is committed to protecting its customers on all fronts, which is why we inform our users, even beyond our EULA and Privacy policy, that their browsing information will be collected but stripped of personally identifiable information and used to improve services, such as online web security. We actually tried to make this very, very explicit, and that’s why we have the screen (attached) in the Avast installer. 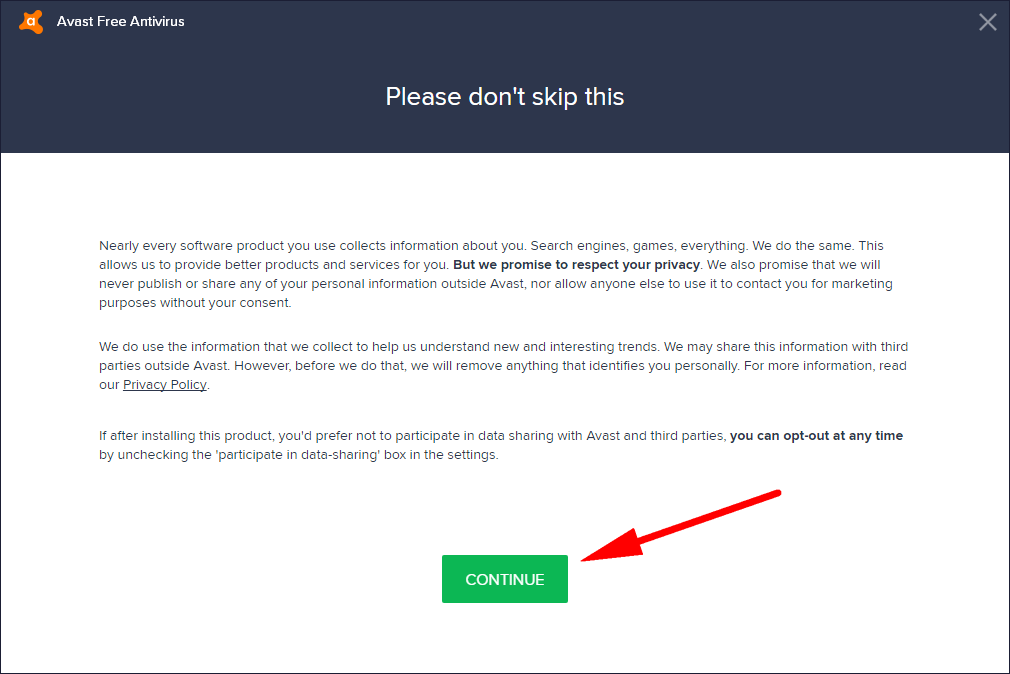 Click on the “Continue” button when it lets you know that you’re protected and it’ll open up to the antivirus user interface. 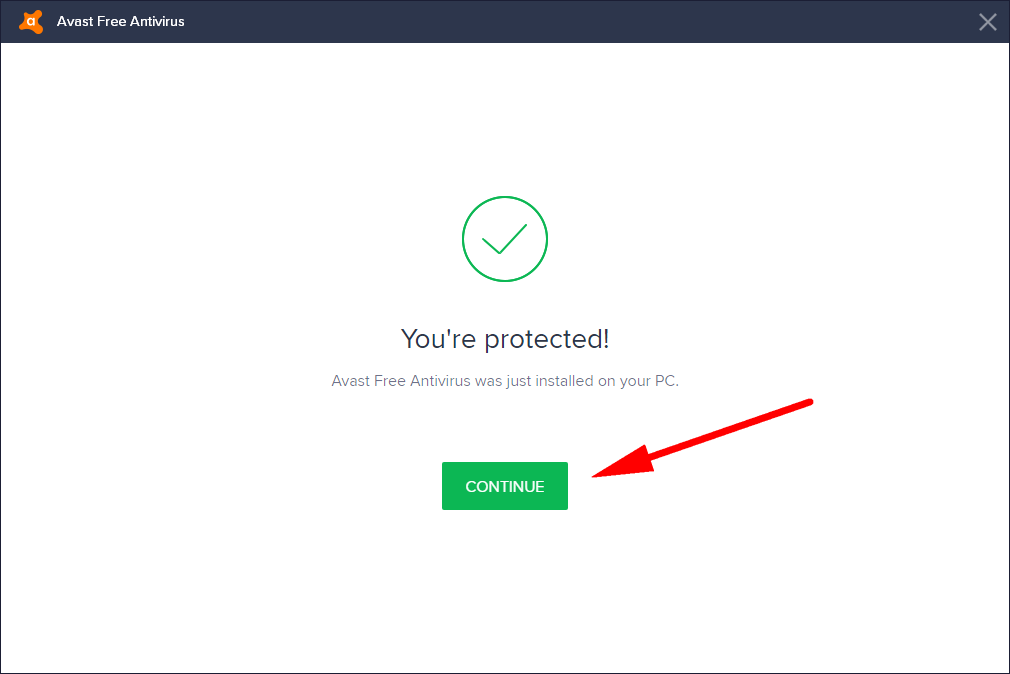 You are instantly protected once you get to the user interface like shown in the picture below. You can run a scan immediately if you want by clicking on the “Run smart scan,” or you can just wait until it runs its first scan at a later date. All the settings you need are available in the left side pane, where it gives you the chance to choose how often you want to run the scans etc. The button for the version that offers more features, should you want, it is available in the bottom right corner where it says “Upgrade now.” 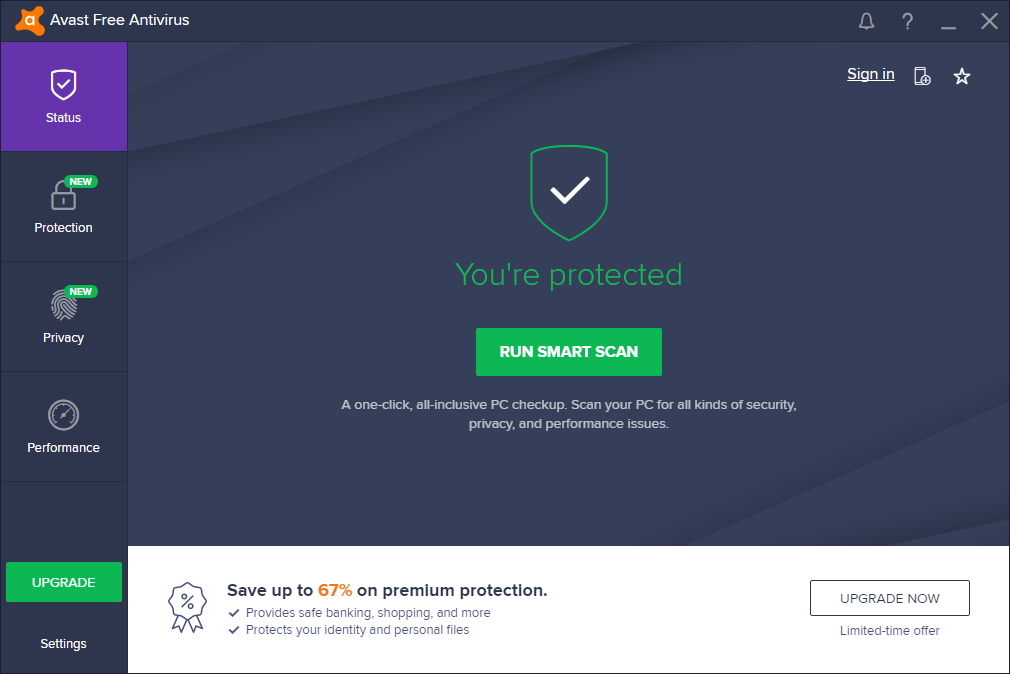 Now when you click that small arrow in the system tray, it’ll show you that the Windows Defender is turned off. That’s because it isn’t possible to have two different antivirus solutions running at the same time. Windows 10 handles that for you by default so you don’t have to go around turning off anything before the new one can run. The new one runs automatically, and the old one is turned off when the new one is installed.

You can also verify that by hovering the mouse pointer over the new icon for the antivirus that you have just installed, in this case, the orange Avast icon.

If you didn’t dislike Avast just a smidgen already for not giving you the option of opting out of data sharing during the installation, you might when you see how difficult it is to find how to turn off the option for participating in data sharing. To do that, you’ll need to open up Avast by clicking on the little arrow in the system tray (the right side of your taskbar, near the clock) and then clicking on the Avast icon. Keep it on the “General” tab and then scroll all the way down to the last option on the page called “Privacy” and click on it to expand it. 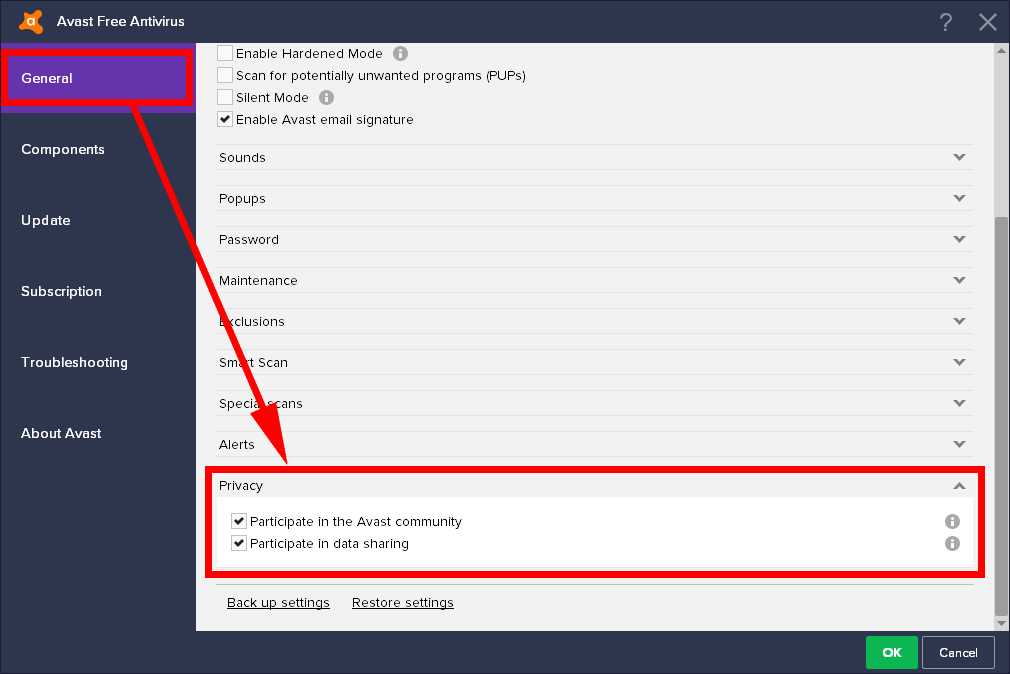 We’ve used Avast in the past before choosing to stick with Windows Defender in Windows 10 and can vouch that it is a good antivirus solution for those wanting free antivirus. After browsing online to see what they have to say for themselves regarding other people’s spying accusations, they can be quoted as saying that they do not collect any personally identifiable information, even though it doesn’t use those words when you go to install the program. How true that is isn’t something we can determine, but we also don’t feel they are any less trustworthy than any of the other third-party antivirus solutions out there if you wanted to go in that direction.

Mathew is a qualified Microsoft Windows systems administrator (MCSA) who has covered OSs, browsers, the internet, and related tech since 2011. He is the founder and editor of ConsumingTech.com and is a freelance tech writer for various publications around the Web. Mathew graduated from DDLS Melbourne (now Lumify). He grew up in Melbourne and lives in rural Victoria, Australia. Read Mathew's full biography. Mathew's social profiles: Twitter, Facebook, Mastodon, Instagram, LinkedIn, and Github.
« Adjust Processor Resources Between Programs or Background Services in Windows 10» Reset/Restore Power Plans to Default Settings in Windows 10