The 360 Root application is another one-click rooting application similar to KingRoot—but the way it works is a bit different and thus what it offers people is different also.

Before getting stuck into the guide below, you should spend a few minutes checking the list of supported devices that is available from the website so you can make sure that you are not wasting your time installing this tool. Just because the creators of the tool are suggesting that it works for all Android devices, does not mean it is true. It’s a clever bit of marketing that they do to get people’s attention—but just like with the KingRoot one-click rooting tool that promised the same thing about 12 months ago now, the 360 Root tool does not come close to delivering on the promise of being able to root every day. Still, there is a significant amount of devices that it can root. You just need to make sure that you are running on the right software version. That software version information is available from the same page.

Moreover, it’s also worth noting that there are many similarities to this tool and KingRoot with the way it has been marketed, so there’s also a chance that the guys from team 360 Root manage to root more devices in the future and add them to the list of supported device much like the KingRoot team continually does even to this day.

Start by making sure that your computer has the Google Chrome web browser because it offers the easiest way to translate webpages from other countries that speak other languages thanks to its Google Translate feature that it also owns.

When you visit the Google website and Chrome page, click on the link available at the top of the page that says “Download” and then hover the cursor over the link to reveal two options: the download for PC and the download for mobile. Choose the one that suits your needs.

If you click on the link for PC, make sure you scroll all the way to the bottom of the page and click on the download link that is available for the 64-bit version of computers if your is 64-bit—like most of them are these days.

Visit the official 360 Root website. When you visit the website, you will see the page with some buttons on it that look like the screenshot below. Instead of taking your best guess at what the buttons say, continue following the guide below to find out what they mean.

Look at the top right-hand side of the address bar in Chrome and click on the little icon in gray.

Click on the “Translate” button that you can see when you have clicked on the icon, and it shows you the “Would you like to translate this page?” message.

Note that just because you have translated the page in English so you can read it doesn’t mean you can get this application to install on an operating system that is not Chinese. 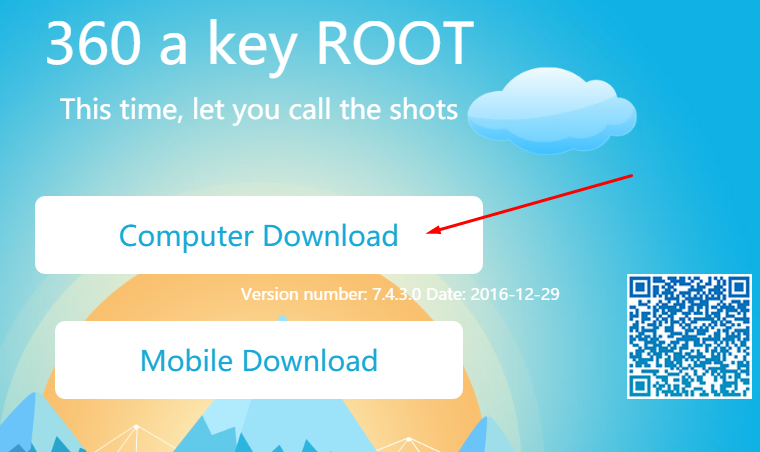 Click on the 360 Root executable file that is available just above the taskbar if you downloaded the version that is made for the computer—-keeping in mind that only a Chinese version of the operating system can run this file.

The 360 Root application is now downloaded on your computer or your mobile device so you can use it to start running the root applications.

Mat Diekhake is the editor of ConsumingTech.com. He has been inseparable from the internet since Web 2.0 in 2005, and by 2008 decided on a career in IT. With a never ebbing desire to cover technology, he spends most days consumed by Windows, Linux, and Android in particular. Though he has spent innumerable hours learning consumer software in general, formally and as an autodidact, and has personally authored over 10,000 articles since 2010. He is a qualified Microsoft Windows systems administrator (MSCA). Read Mathew's full biography. Mathew's social profiles: Twitter, Facebook, Instagram, LinkedIn, and Github.
« Download KingRoot PC App Desktop Version for Android 5.1 (Lollipop)» Download 360 Root App Desktop Version for PC