A custom ROM could be the most important part of your aftermarket device when wanting to be away from the stock ROM that your device comes with when it’s pumped out of the factory. Custom ROMs require you to install a custom recovery. Once you boot your T-Mobile Samsung Galaxy S6 smartphone into that same recovery, you can choose to upload your ROM zip file.

Once flashed, it will replace your stock ROM for a custom ROM of your choice from the list. You can expect the custom ROM to be on the smartphone up until you flash the stock ROM back over the top. That means each time you turn the T-Mobile Samsung Galaxy S6 smartphone off and on, it will display your custom ROM. 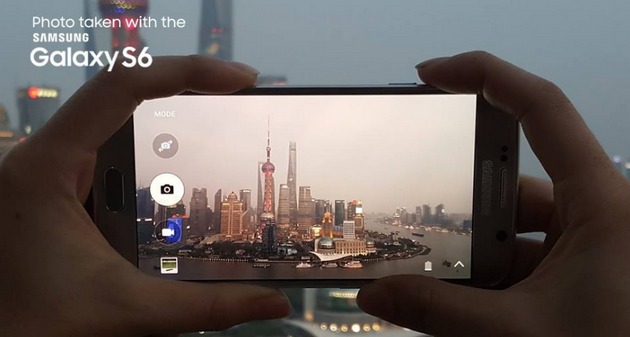 Some common reasons people choose to flash a new ROM on the Galaxy S6 include to increase the privacy, update the firmware, remove the stock apps and make it faster, extend the life of the device, walk away from the factory skins, using open source software for the fun of it, and personalizing your ROM to have the look you want it to have.

Here are some of the best custom ROMs that are available for the Samsung Galaxy S6 smartphone.

The XtreSoLite Pure Edition 1.0C custom ROM is the best custom ROM for T-Mobile Samsung Galaxy S6. It comes packed with loads of features and performance. This custom ROM has the same old TouchWiz UI from the stock ROM, but with lots of new improvements such as lower RAM usage, removed KNOX, more free storage and a smoother UI. You should install this custom ROM if you want more features with the same old firmware.

The Looper_X custom ROM is a stock firmware-based custom ROM based on the latest Android 5.1.1 Lollipop. This custom ROM has that simplicity that a stock ROM has but with some UI tweaks and lots of performance improvements. The Looper_X custom ROM doesn’t have tons of features and tweaks that you can’t explore even in a whole day. That said, it can still be difficult to know which settings changes the color of the status bar battery!

The Sow Nice ROM is built with the official SamMobile firmware release of Samsung OI1 and OJ7. This custom ROM is as simple as the stock ROM, but tweaked and improved so it can handle more apps simultaneously. Additionally, it has more free storage for your device over the stock ROM you are using now — a good reason for your girlfriend to try this one. The Sow Nice custom ROM is a great deal faster and lighter than the original stock ROM. The developer left the useful features in this ROM like fingerprint scanner and S Voice.

The OZOP v2 custom ROM  is an Android 5.1.1 Lollipop-based custom ROM with a stock Android 5.1 Lollipop UI and features. The custom ROM is highly customized and tweaked for beautiful and fast UI. OZOP custom ROM had lots of features to tweak the interface and performance of the ROM but you have to sacrifice the main and the biggest feature of your phone: the fingerprint scanner.

Amit is a passionate blogger who loves covering technology as often as he can. He is a tech worm who keeps an eye out for every bit of technology news — especially Android. He started blogging at the age of 16. The first Android version he worked on is Android 2.3 Gingerbread. He owns a Microsoft Lumia 535 as a Windows Phone and Nokia XL as an Android device. In 2016 he worked on an iOS 7-themed custom ROM for the Nokia XL.
« 5 Best Custom ROMs for Sprint Samsung Galaxy S6» 6 Best Custom ROMs for T-Mobile LG G4