Many people who are into custom ROMs are also into the OnePlus brand name because it was one of the first ever manufacturers to come preloaded with CyanogenMod as the operating system. Yes, the original OnePlus One phone came with a custom ROM and not Android when people opened it out of the box.

There were many upset individuals when they found out that CyanogenMod and OnePlus were not going to be partnering up for the OnePlus 2 but fast forward to a few weeks ago and the CyanogenMod brand is completely defunct, so it doesn’t look like it’s going to have been a bad move for OnePlus after all. 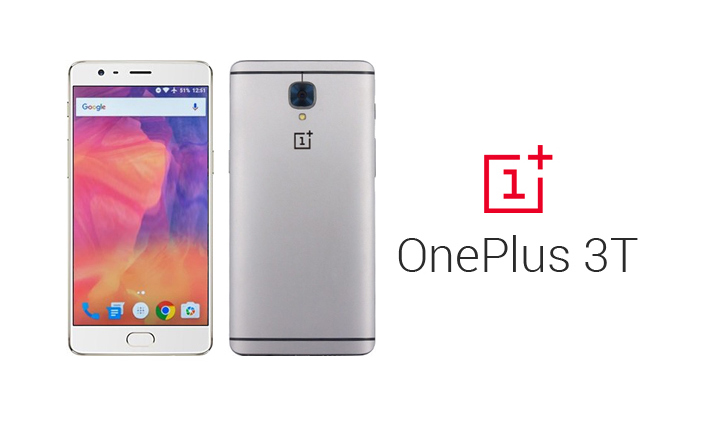 Everyone interested in custom ROMs knows that CyanogenMod was the biggest name in the business, but just because they are shutting down the doors does not mean this is the end for the custom ROM industry as many people feared it would be because so many ROMs were using the CyanoegnMod based for their work. Those same CyanogenMod sources can still be used heading into the future, so the world of custom ROMs isn’t going anywhere yet. If it is CyanogenMod that you want, then there are two options on this list for you: the unofficial CyanogenMod 13 and the LineageOS ROM. An unofficial ROM has been ported by developers from an official build that was developed for another device while the LineageOS is the official successor to the now defunct CyanogenMos custom ROMs.

RECOMMENDED: How To Install Custom Recovery On OnePlus 3T

The Freedom OS custom ROM is based on Android 7.0 Nougat and prides itself on offering people lots of choices—so much so that you are entitled to feel like you are experiencing freedom with an operating system like never before. The Freedom OS gives you the chance to install and uninstall Open Gapps and the system applications. The system apps are the apps that are already preinstalled onto the system partition before you buy the device, and you can’t uninstall them without either rooting or installing a custom ROM. The main difference between this custom ROM and most other choices that might remove the bloatware for you is that you can take it in turns and choose whether you want the system apps removed or you don’t so you’ve always got that option of going back and enabling them again when you want to use them. You also get the systemless version of the SuperSU installed which is what gives your device the root access it needs to install any of the root-requiring applications on the device. You also get Android Debug Bridge installed open the device, and sadly AdAway—which is made to do nasty things like take advertising revenue away from sites like us but assist you in being able to look at naughty things without the annoying ads that some websites produce.

With the recent news of CyanogenMod closing its doors it’s safe to say that we are going to get quite a few unofficial version of CyanogenMod custom ROMs rolling out for various devices over the coming months, but there is some reason for optimism: the base code for the CyanogenMod ROMs is still available for other custom ROM makers to use. That’s a significant development because so many custom ROMs were using CyanogenMod as the base source code that it would have had catastrophic effects for the future of custom ROMs in general. With this unofficial version of CM 13 you get a fast fingerprint sensor for unlocking the phone, OTA updates, a custom camera application with heaps of unique features that you don’t see from Android, and a bunch of other performance enhancements and features that CyanogenMod make you install the ROM before you can find out about.

The official Resurrection Remix custom ROM that is based on the Android 7.1.1 Nougat software version is now up for grabs for you to install on the OnePlus 3T smartphone. It is based on the LineageOS custom ROM and still comes with the same features that you know have to know and love from the Resurrection Remix custom ROM team over the years. Some of those features include loads of status bar tweaks, navbar tweaks, a range of animations (toast, list view, power menu, system), gestures, the same recents panel from older versions, heaps of lock screen tweaks, an advanced reboot menu, RR OTA updates and loads more.

You know that the base of a custom ROM is not bad when the Resurrection Remix team chooses to use what you have as their source. That’s is what has happened here with LineageOS being what Resurrection Remix uses for their Android 7.1.1 Nougat custom ROM that is available for the same device. The LineageOS custom ROMs have really taken off in recent times because it is the successor to CyanogenMod. You can tell that right away when you visit the LineageOS website and are greeted with nothing more than the definition of “Lineage” when you click on the “About” page. They also never liked letting people know what features come with their ROMs, so we don’t bother to list them either. Check it out if you’re interested.

Must read: How To Root OnePlus 3T On Android 7.0 Nougat

The AICP custom ROM is another big name that is available for the OnePlus 3T smartphone. If you weren’t happy with any of the other options, then Android Ice Cold Project might be the direction that’s best for you as it is unique and a household name in the custom ROM industry. It too is based on Android 7.0 Nougat and newer version of Nougat when they become available. The AICP custom ROMs are well made because they have help from CyanogenMod, SlimROMs, Omni ROM, Carbon ROM and LiquidSmooth ROM.

If you have checked out what Android Nougat has to offer and you weren’t too impressed, you might prefer installing a custom ROM that is based on the older Android 6.0.1 Marshmallow. The Android Open OnePlus Project is still running on the Android 6.0.1 Marshmallow—still the most commonly used version of Android to this day according to our details. It comes with a few useful features under the hood, including Multirom compatibility, Gapps compatibility, Dash charging, Disabled bootloader safetynet flag and Disabled force-encrypt.

Those are currently the best custom ROMs that are out for the newly released OnePlus 3T smartphone. While the list doesn’t seem very long, it is surprisingly dense considering how recently this smartphone was released. As usual, we will continue to update the list when more custom ROMs become available. We do expect there will be some more worth putting on the list soon enough and definitely before you feel like it is time to update to a different phone.

Mathew is a qualified Microsoft Windows systems administrator (MCSA) who has covered OSs, browsers, the internet, and related tech since 2011. He is the founder and editor of ConsumingTech.com and is a freelance tech writer for various publications around the Web. Mathew graduated from DDLS Melbourne (now Lumify) in 2011. He grew up in Melbourne and lives in rural Victoria, Australia. Read Mathew's full biography. Mathew's social profiles: Twitter, Facebook, Mastodon, Instagram, LinkedIn, and GitHub.
« Custom ROMs for OnePlus 3 [List]» Custom ROMs for Verizon LG G3 [List]