Google has not listed what updates were included in version 93.0.4547.0, so it’s likely a minor update with small improvements and fixes.

Chrome 93 builds could eventually include a customizable shortcut in the toolbar. The hint has been included in Chrome 92 Beta where some users saw a new button between the address bar and tab switcher. In Chrome 93 some users reported that button had become customizable. 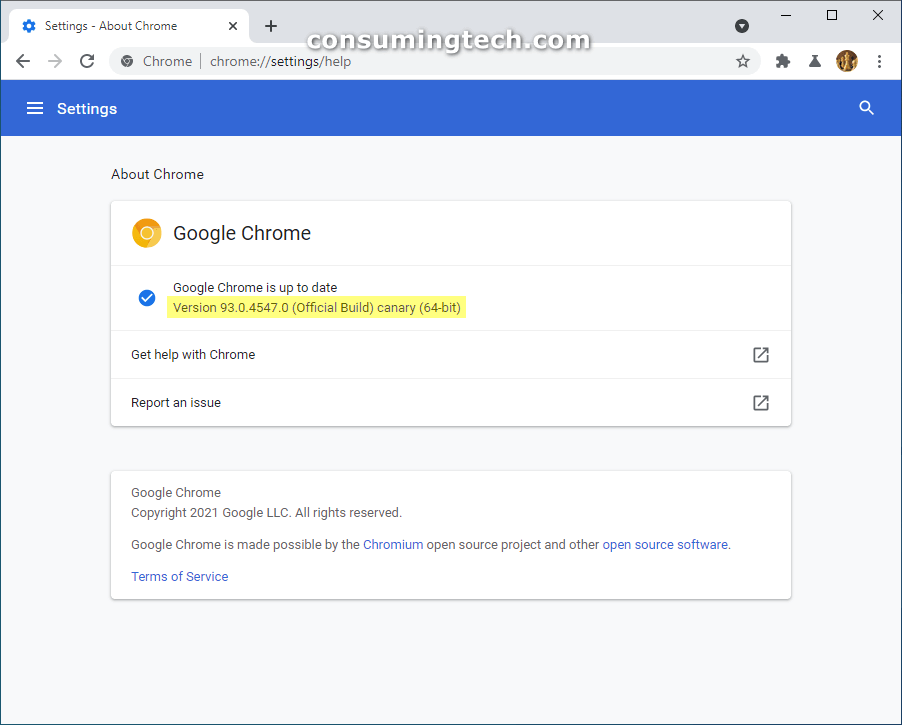 Mathew Diekhake is a certified Microsoft Systems Administrator from Australia and also the founder and editor of ConsumingTech.com. With a never ebbing desire to cover technology, he spends most days consumed by Windows, Linux, and Android in particular; however, he has spent innumerable hours learning consumer tech software in general, formally and as an autodidact, and has authored tens of thousands of tutorials and news articles since 2011. Mathew has obtained numerous Microsoft certificates and is a qualified sysadmin (MSCA). Read Mathew's full biography. Mathew's social profiles: Twitter, Facebook, Instagram, LinkedIn, Github
« Firefox 89.0.1 Solves Screen Reader Problems, More» Opera 77.0.4054.90 Released to Stable Channel