Windows 10 brings a new feature with it called “Optimize Drives, ” and it replaces the old Disk Defragmenter. Optimize Drives is automatically scheduled to run once a week. You’d need to head to the automatic maintenance settings if you wanted to change it, but it is possible to modify the time between optimizing your drives if you want. You can even run the Optimize Drives whenever you want by choosing to do so manually.

Windows Already Looks After Your SSDs for You in Windows 10

Old versions of the Windows operating system like Windows XP and Windows Vista didn’t always manage everything they needed to for keeping a well-maintained SSD. For example, you had to enable TRIM manually and TRIM was necessary for maintaining that solid state drive fast and clean. TRIM still exists in all versions of Windows since then, but it is now running automatically for you, so you don’t need to do anything. It’s the same story with the rest of the optimizations available for the drives as well. There’s nothing you need to be doing to maintain them better than what they already are unless you are a professional and have particular reasons for doing so.

There is a range of features that Windows has that people often think can have a positive effect on drives, but rarely are they true.

Note: Before you can get started on anything to do with optimizing your computers drives, you’ll need to be logged in as an administrator.

How to Open Optimize Drives from File Explorer Ribbon

There are a couple of ways you can get the window for scheduling open on the computer. One of them is by navigating to the Start menu > File Explorer > This PC from the left pane. Now click just once on the Local Disk C: drive, and it brings up the File Explorer ribbon where you can then click on the “Manage” link. When you do that, the “Optimize” button appears in the menu as well. When you click that button, the window opens for you to use the settings for optimizing the drives. 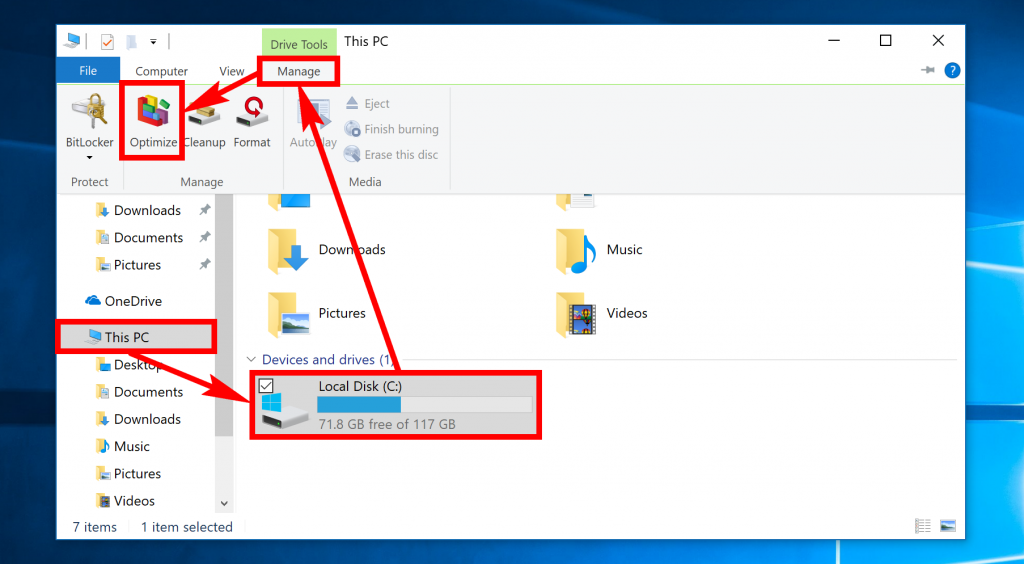 How to Open Optimize Drives from Drive Properties

Another way you can open the Optimize Drives window is by heading to Start menu > File Explorer > This PC and then right-clicking on the C: drive instead. Next, click on the “Properties” link from that menu. 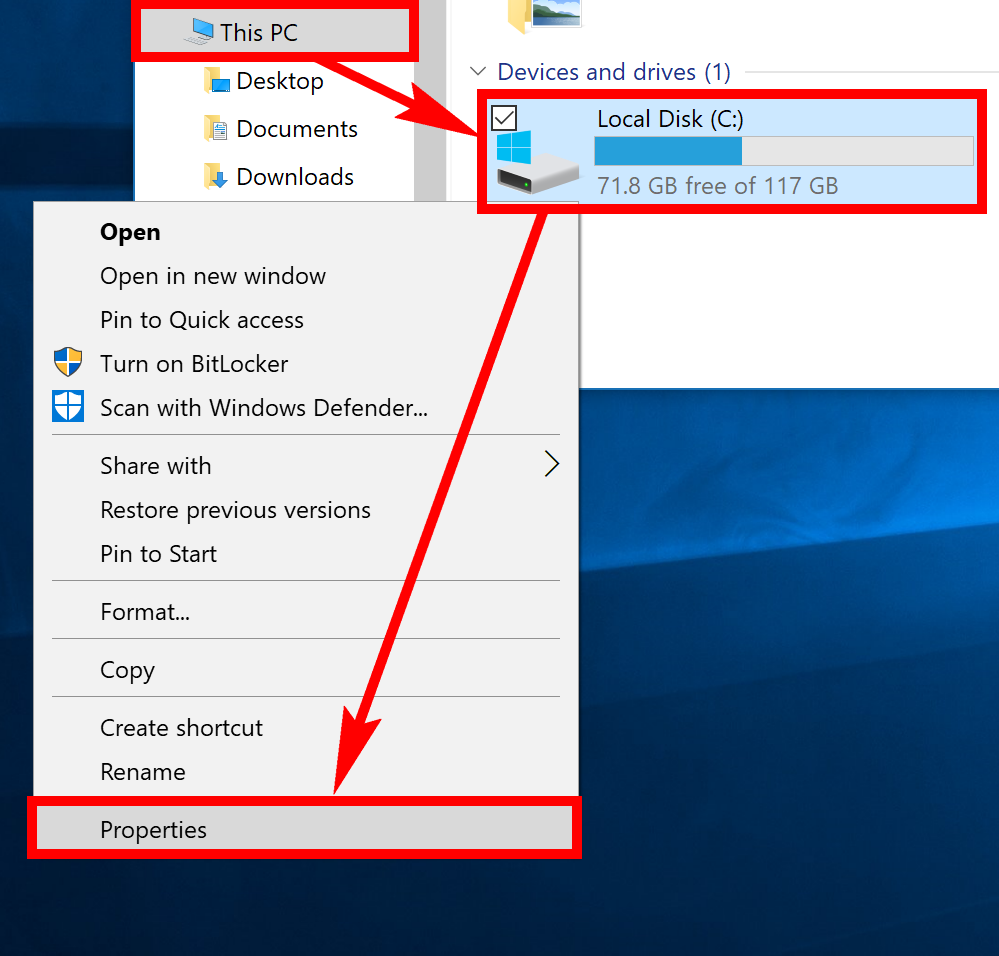 It opens up the Local Disk (C:) Properties dialog box when you do. Click on the “Tools” tab and then click on the “Optimize” button under where it gives you the Optimize and defragment drive heading. 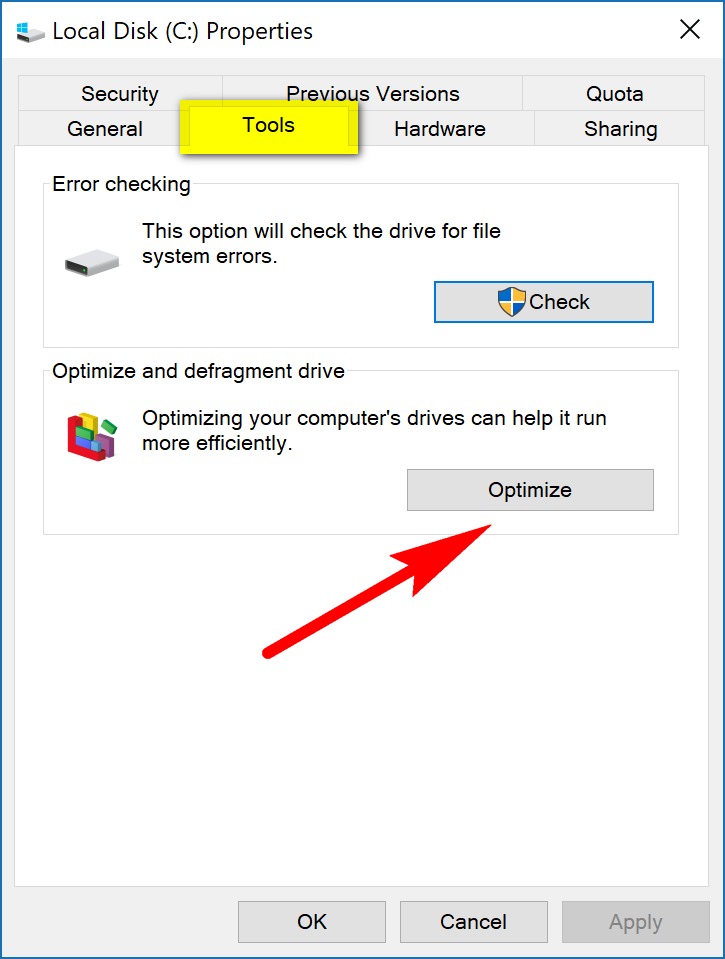 How to Schedule Options for Optimize Drives

Now that you all have the Optimize Drives window open, click on the “Change settings” button under the Scheduled optimization heading. 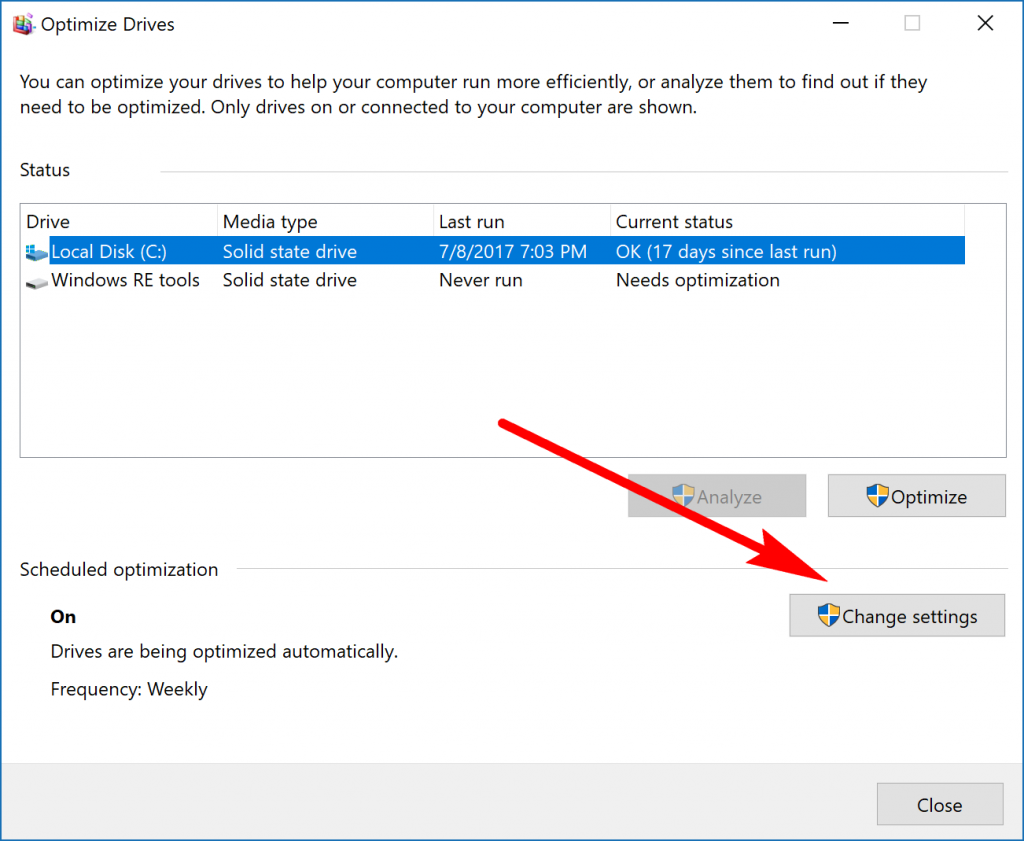 You’ll notice that a checkmark is already applied to the box where it says “Run on a schedule, ” and that’s because Windows has it turned on by default like we mentioned. If you wanted to turn the feature off (which is not recommended), then you do it from here by deselecting the box. 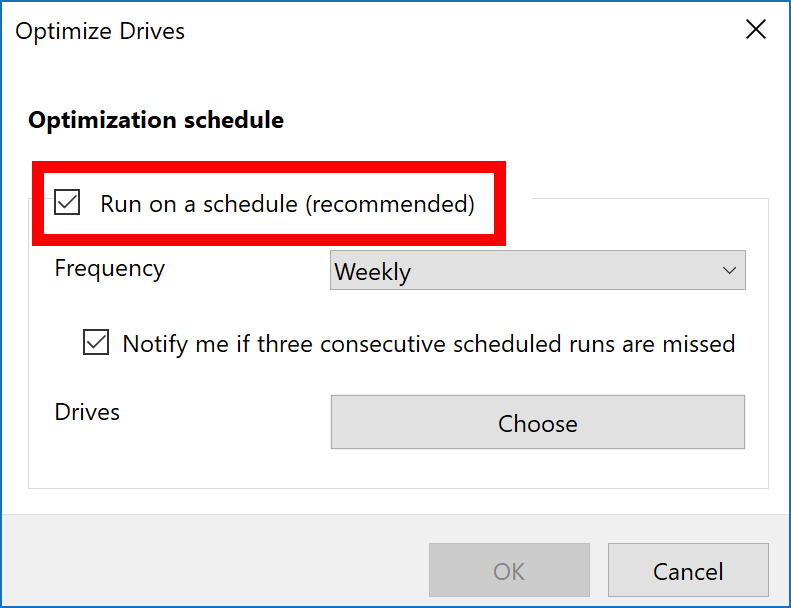 You can also click on the drop-down menu and change the frequency of the schedule instead. Windows 10 says that it is running weekly on my computer, but it also might have just missed the scheduled scan. If you go back and look at the picture that shows the main Optimize Drives window in this article, you can see that my last optimization was 17 days ago now—in other words, Windows doesn’t always do it weekly as it suggests. That could be because it doesn’t see any need to do it, but if you don’t want ever to need to wait that long, you could switch it over to daily instead. 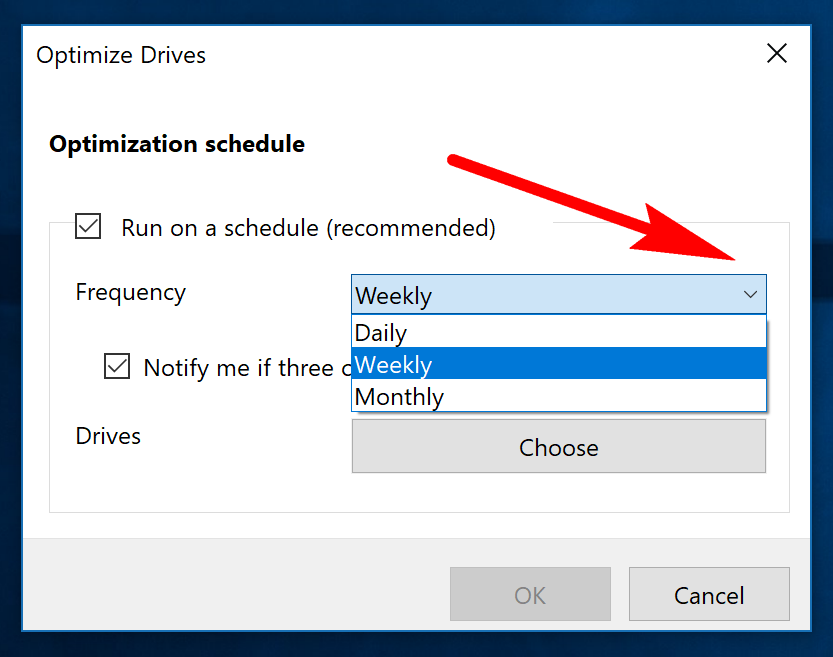 There’s nothing the average Windows 10 user needs to do other than trust what Windows is already designed to do for you when it comes to optimizing drives or SSDs, but if you wanted to optimize them more often than they are, then you can. What you shouldn’t do though is stop Windows from optimizing it for you.

Mathew is a qualified Microsoft Windows systems administrator (MCSA) who has covered OSs, browsers, the internet, and related tech since 2011. He is the founder and editor of ConsumingTech.com and is a freelance tech writer for various publications around the Web. Mathew graduated from Lumify Melbourne in 2011. He grew up in Melbourne and lives in rural Victoria, Australia. Read Mathew's full biography. Mathew's social profiles: Twitter, Facebook, Mastodon, Instagram, LinkedIn, and GitHub.
« Use Battery Save Mode in Windows 10» Manage Startup Programs in Windows 10