iTunes is a widely used media player on Mac machines, and you have probably been using it ever since you bought a Mac. The app has really nice features that help you collect and organize your audio files, video files, and so on in a really user-friendly interface.

Most people play their music tracks in iTunes while they are doing their own tasks, such as cooking or cleaning or maybe working with other apps on their Macs. Sometimes, what happens is that you miss a part of a song that you really wanted to listen to, but the track has moved forward, and you must manually go back to where you wanted to listen to it.

Unfortunately, if you’re doing it manually, you might go a little too backward, and you will then have to listen to some extra music before you can get to the point that you actually are interested in. Fortunately, though, iTunes has a keyboard shortcut that allows you to either go five seconds backward or five seconds forward in a music file that you are playing with it.

For instance, if a song is playing in iTunes and you just missed something of it. You can immediately come to your Mac and hit the keyboard shortcut to go back five seconds in time. That amount of time is actually good enough to catch up on what you missed.

If you would like to do that with iTunes on your Mac, here’s how:

Catching Something You Missed in iTunes with Backward and Forward Skipping

Launch iTunes on your Mac by clicking on Launchpad in the Dock and searching for and clicking on “iTunes.” The app should open. 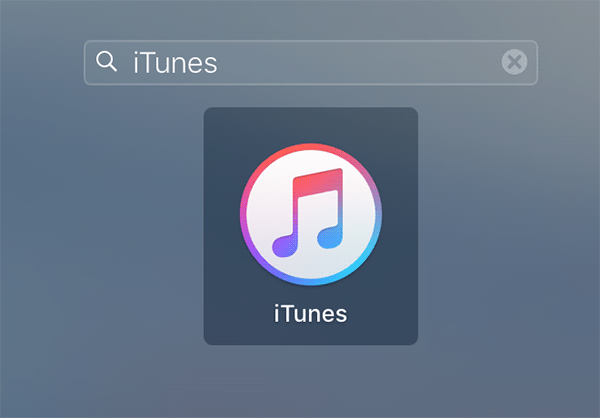 Double-click on a music track to begin playing it in iTunes. The track should be playing now.

You should now be able to find the point which you missed out easily, and you can hear it again.

You are all done.

So, that was how you could use five seconds backward and forward features in the iTunes app on your Mac.

While the title of the post says the procedure is for iTunes, it seems to be working with the VLC Media Player as well. So, if you have got your music collection there in VLC, you also have a way to catch up the things you missed.

Mahesh is a technology enthusiast who loves everything about tech, be it Apple, Google, Android, iOS or any other cool gadget. He enjoys covering tips and tricks for consumer software such as Android, Mac, and iOS. He spends most of his time thinking about new helpful tips in front of his Mac but also knows mobile operating systems very well. Mahesh has been writing online for nearly a decade and has written for some of the most renowned websites in the world, including Make Tech Easier and The Unlockr.
« How to Quickly Access Recently Used Apps and Documents on Mac» How to Use Instagram on Mac