It is hard to believe that a smartphone of today’s caliber, pardon the pun could take the resilience of a bullet shot out of a gun because we have a hard enough time keeping our screen from cracking under everyday use. Yes, it is true, the smartphone is generally known to be fragile, yet today a story has broke that says a 24-year old Police officer was shot with a Nokia Lumia 520 in his pocket and the bullet did not go through to his body. 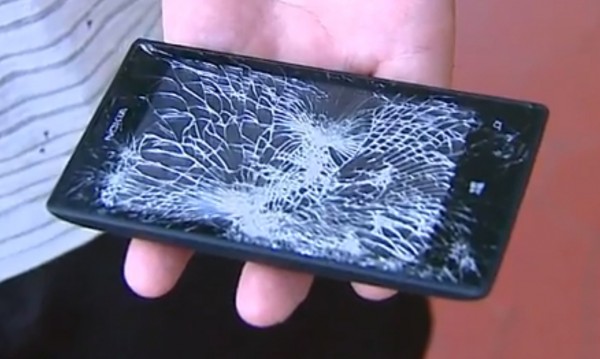 Take a look at the image that shows the result of how the bullet looks and it is quite astonishing to see. The bullet is squashed as if it has impacted against a navy submarine. My theory on smartphone screens has not changed because as you can see it is shattered to smithereens. Nonetheless, I remain equally as impressed with the result because I knew it would break the glass.

As the story goes, this off duty police officer was travelling to his folk’s house to get his uniform washed because he does not have a washing machine. When he arrived two bad guys were about to rob a house and he saw them, tried to stop them and was shot at. He had the Lumia 520 in his pocket when it all went down.

Nobody was hurt at the scene even though more than one bullet was fired. The others did not hit the officer or anybody else as there were no people around. 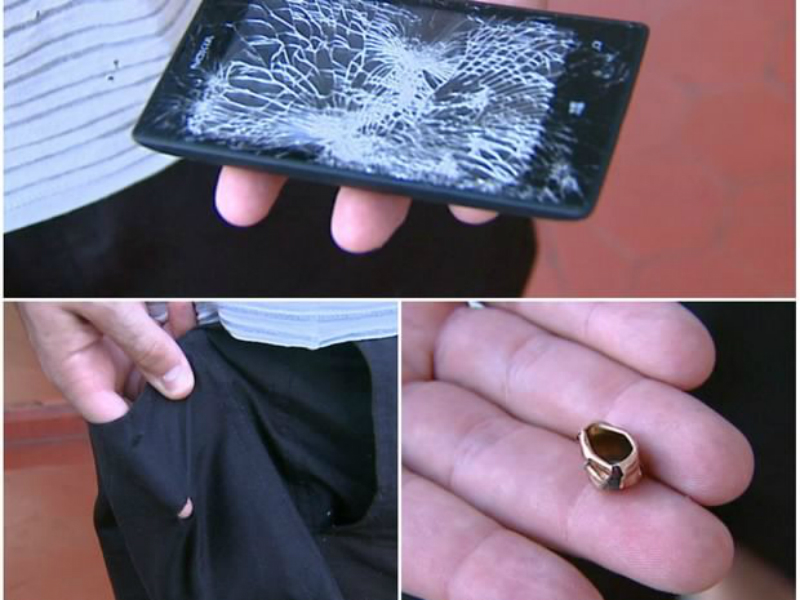 The Nokia Lumia 520 has a 4-inch display which is relatively small by today’s standard so he was extremely lucky not to be hit. It is an affordable Windows Phone though and that might be what lead him to buy it. We are sure that the Qualcomm Snapdragon S4 Plus system chip did not withstand the pressure of the gun shot and it will be interesting to find out if this is covered under warranty. Only three US phone carriers picked this device up: AT&T, T-Mobile and MetroPCS. We know the case will be with one of them.

Mathew is a qualified Microsoft Windows systems administrator (MCSA) who has covered OSs, browsers, the internet, and related tech since 2011. He is the founder and editor of ConsumingTech.com and is a freelance tech writer for various publications around the Web. Mathew graduated from DDLS Melbourne (now Lumify). He grew up in Melbourne and lives in rural Victoria, Australia. Read Mathew's full biography. Mathew's social profiles: Twitter, Facebook, Mastodon, Instagram, LinkedIn, and Github.
« Not Sick Of Patents Yet? New Motorola Solutions Looking After Microsoft Might Tip You Over The Edge» Win These Windows Phone Sneakers by Downloading Trampkomania