Version 1.27.108 is a significant update. It brings several new features, including changes to how many advertisements you can display, enhancements to the Wayback Machine infobar, and improvements to the Brave wallet. You can read about the rest of the changes below in the official changelog. 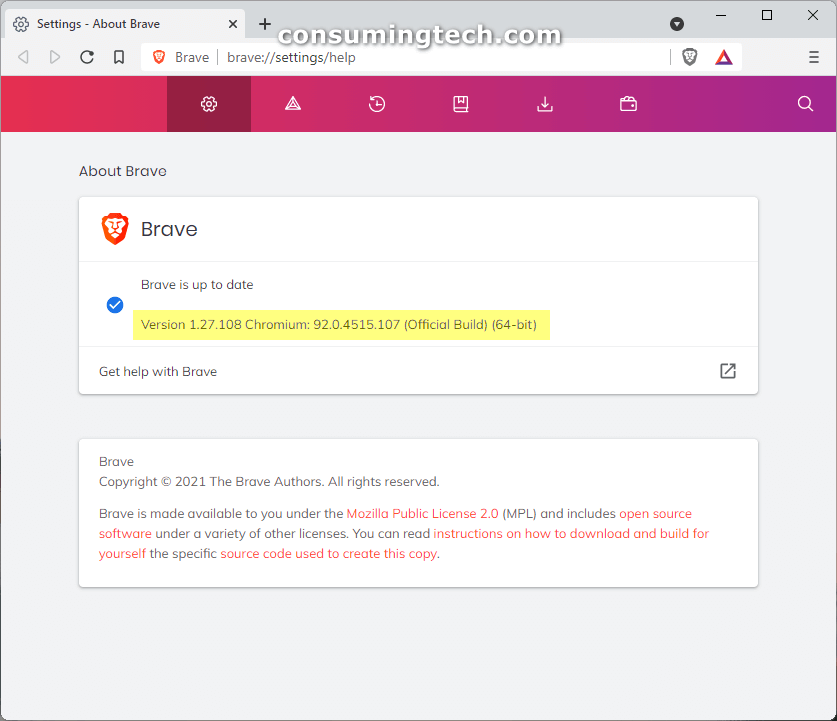 The full changelog which has been provided by the Brave developers:

To update the Brave browser, open it and then head to Settings > About Brave. It will then automatically check for updates for you and let you know when your browser is up to date.

Mat Diekhake is the editor of ConsumingTech.com. He has been inseparable from the internet since Web 2.0 in 2005, and by 2008 decided on a career in IT. With a never-ebbing desire to cover technology, he spends most days consumed by Windows, Linux, and Android in particular. Though he has spent innumerable hours learning consumer software in general, formally and as an autodidact, and has personally authored over 10,000 articles since 2010. He is a qualified Microsoft Windows systems administrator (MSCA). Read Mathew's full biography. Mathew's social profiles: Twitter, Facebook, Instagram, LinkedIn, and Github.
« Brave 1.27.111 Released to Release Channel» Vivaldi 4.2.2392.3 Released to Stable Channel