The Brave browser has been updated to version 1.24.82.This update comes with a Brave Rewards notification when the wallet linking limit has been exceeded. 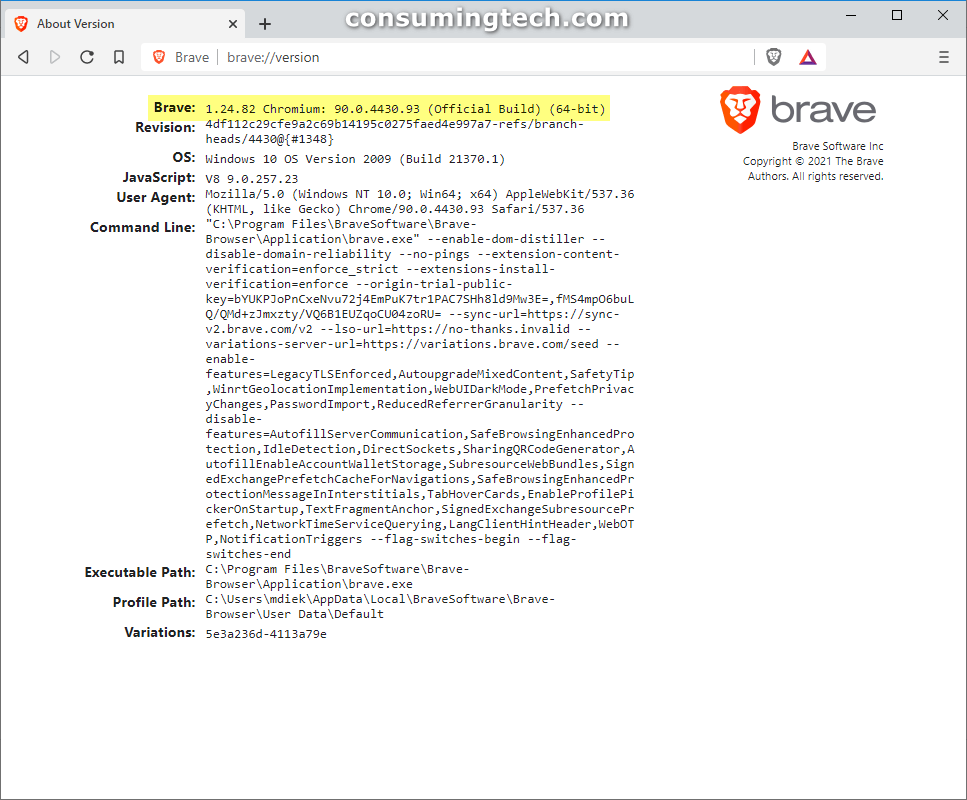 Some users are happy to have found the “Don’t ask again” option to the default browser dialog also added to this update.

Other users are reporting some ongoing problems that Brave may have to still address in another update. Specifically, users are complaining about being unable to claim/receive their BATS (Basic Attention Tokens).

Your Brave browser will automatically be updated to version 1.24.82 when you open it. However, you may if you like download and install this version of the browser as well.

Mat Diekhake is the editor of ConsumingTech.com. He has been inseparable from the internet since Web 2.0 in 2005, and by 2008 decided on a career in IT. With a never ebbing desire to cover technology, he spends most days consumed by Windows, Linux, and Android in particular. Though he has spent innumerable hours learning consumer software in general, formally and as an autodidact, and has personally authored over 10,000 articles since 2010. Microsoft awarded him numerous certificates resulting in him becoming a qualified Windows systems administrator (MSCA). Read Mathew's full biography. Mathew's social profiles: Twitter, Facebook, Instagram, LinkedIn, Github, Reddit.
« Edge Dev 92.0.878.0 Is First Build of Edge 92» Edge Canary 92.0.881.0 Rolling Out Now