If you’re wondering if many other people out there thought that the Motorola G4 Plus was a smartphone to buy like you did, then I can share with you that the answer is yes. Based on the statistics of the number of people installing these ROMs, there isn’t much difference between the Plus version of the standard version regarding popularity. What’s more, if you are a fan of getting a custom ROM installed, you’ll be pleased to know that there are heaps of those on offer as well. That’s mostly thanks to the popularity of the handset. 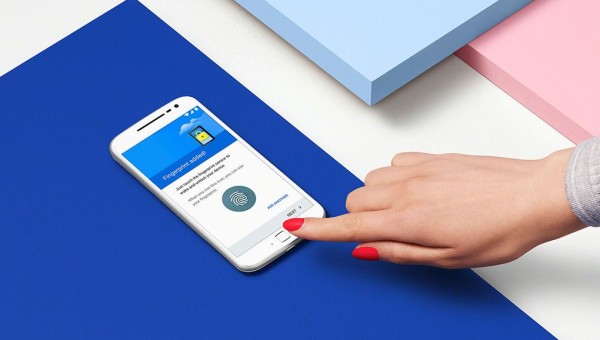 Experiencing some issues with one of the custom ROMs that you have installed? You should head over to the help thread created for the Motorola Moto G4 Plus custom ROMs before commenting directly on the download thread. It makes it easier to moderate and stops people from repeating the same issues. Moreover, you might be able to learn the solution to your problem without needing to create a new message about the same thing.

AOSGP X based on LOS

“LOS” is now what people are referring to as the Lineage OS—the second-coming of the CyangenMod custom ROM that so many other brands used as their sources. The AOSGP custom ROM is based on the Android 7.1.1 Nougat custom ROMs, which his the second-latest version of Android available for any device to date. It comes with a few cool features, including the AOSGP Easter Egg (handy since it is Easter time coming up), a new One Hand Mode is now added, new battery tweaks to make it better, plus tweaks to the performance and a new word in the world of custom ROMs: fluidity. What’s more, the CAF kernel is added. Typically you don’t get a new kernel in a custom ROM because the new ROM is changing what you get on the screen while a kernel is changing how the hardware is clocked.

You won’t find many custom ROMs out there that are going to be more popular to install than LineageOS is. Think of LineageOS as the rebranded CyanogenMod now that CyanogenMod is gone. When there was an official CyanogenMod release, the amount of people jumping in to start using it was huge. It’s the same thing with the LineageOS custom ROMs.

There is only one custom ROM out there for the Motorola Moto G4 Plus that is more popular than this LineageOS custom ROM, and it’s called the InvictaOS. How can something out there be even more popular after I just said that LinageOS is the rebranded CyanogenMod? Well, it’s because InvictaOS is based on Lineage and comes with some additional features that people find very useful.

If you do own the Motorola Moto G4 Play smartphone and enjoy installing custom ROMs, then you need to know about the InvictaOS custom ROM. InvictaOS has been installed nearly double a number of times than any other custom ROM. It’s based on LineageOS (very much like the original LineageOS) and comes with some additional features that make it different. One of the beautiful things about InvictaOS is that you can install it without the need of having any Google applications installed whatsoever.

The Resurrection Remix ROM offers heaps of customizations for fans of the name to enjoy. The features typically don’t change much between devices, and what you get from one Resurrection Remix ROM you’ll likely find almost exactly the same as another. But there are lots of people out there praising this ROM for working great, looking amazing and having enough features to make your head spin.

The Pure Nexus custom ROMs are always at the top of the list of Nexus device owners. However, the ROM isn’t that popular for owners of the Motorola Moto G4 and the Moto G4 Plus handsets. Still, this ROM is just as good as the one that Nexus device owners were using for all those years. The Pure Nexus custom ROM gets its name from taking away all the rubbish that was installed over the top of Android. It’s that same way again with the version up for grabs here. It’s based on the AOSP sources and Android 7.1 Nougat software.

Another custom ROM that is based on the Android 7.1.1 Nougat software updates is the AOSPExtended ROM version 3.3. The AOSP Extended custom ROM features work from heaps of other developers out there, including the guys and girls involved with TurboRom, AOSiP, SlimRoms, LineageOS/CyanogenMod, OmniROM, ZephyrOS, DirtyUnicorns and loads more.

Mathew is a qualified Microsoft Windows systems administrator (MCSA) who has covered OSs, browsers, the internet, and related tech since 2011. He is the founder and editor of ConsumingTech.com and is a freelance tech writer for various publications around the Web. Mathew graduated from DDLS Melbourne (now Lumify). He grew up in Melbourne and lives in rural Victoria, Australia. Read Mathew's full biography. Mathew's social profiles: Twitter, Facebook, Mastodon, Instagram, LinkedIn, and Github.
« Custom ROMs for Motorola Moto Z [List]» Custom ROMs For Motorola Moto Z Play [List]