Android now has become a popular smartphone as well as tablet operating system. The first version of the Android came out in 2008, version 1.0. Since then, Google kept rolling out new versions of its operating system, Android. The versions include the Froyo, Gingerbread, Honeycomb and the latest one is Ice Cream Sandwich.

Android 4.0 aka Ice Cream Sandwich is the latest version of the Android which is available on an only limited number of mobile phones, though there are some Themes available of this Android version which you can try out on your smartphone before going for the actual OS. Some of the designers have created the Android Skin Pack for Windows users, so if you don’t own a smartphone, you can try out the Ice Cream Sandwich look on your desktop or your laptop. 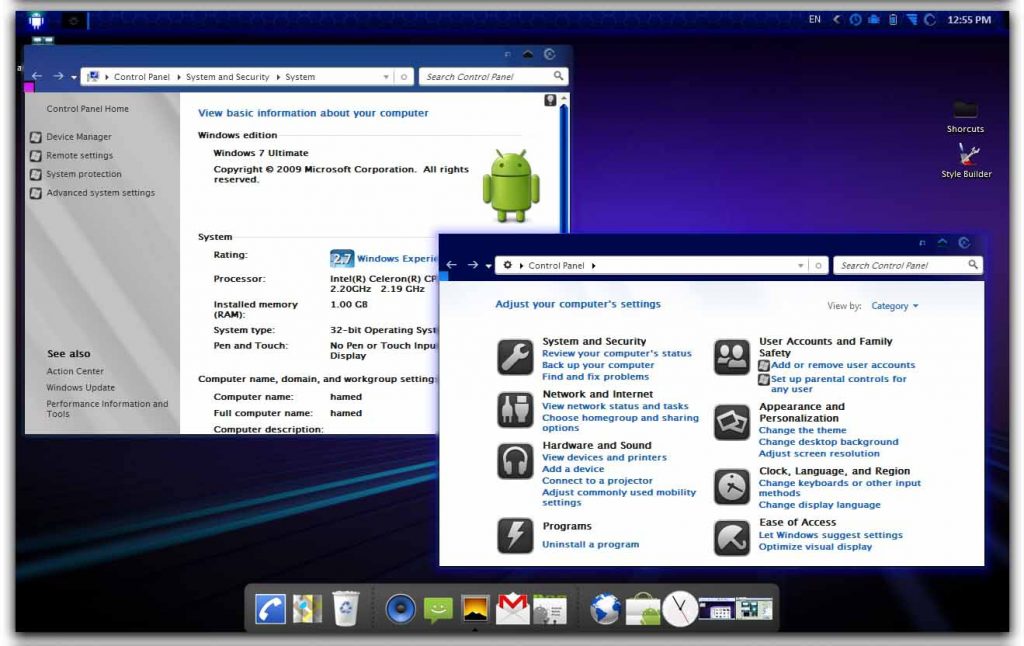 A Deviantart user named hameddanger has created a fascinating skin pack which consists of Android Icons, Wallpapers and Visual styles. You just have to install the Android 2.0 SkinPack, and you are ready to check out the look of the newest Android version, even though you don’t have an Android smartphone. 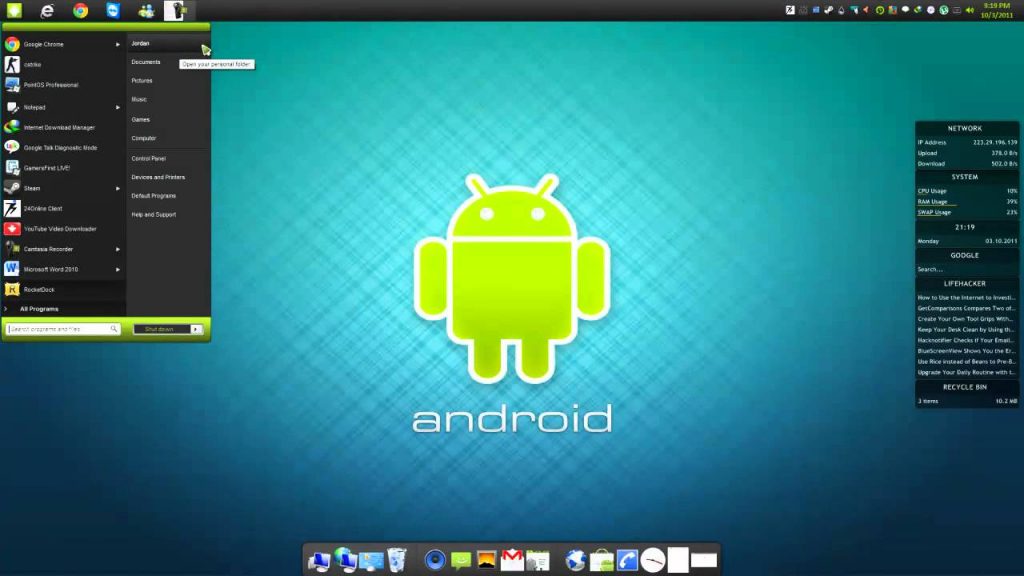 The Android 2.0 Skin Pack for Windows 7 has the boot screen of Android, which replaces the default Windows boot screen with the new one, just like you are booting up an Android device. After that, when you land on the desktop, you will see a whole new look, which Windows 7 had never had. The default Start Menu in Windows which appears at the left-down corner, after installing this skin pack, it will appear left-top corner. Along with these changes, it has some new fresh icons of Android and a new interface for the control Panel.

The Android Skin Pack 2.0 is compatible with Windows 7 OS, and you just need to download this pack and install just like any other software you install. After doing so, you will require rebooting your system to fully apply the skin pack. When you boot your PC, you will see the Android logo instead of the Windows Logo; that means the skin pack has been successfully installed. It supports both the 32bit and 64bit versions of Windows, so no worry which one you are using. 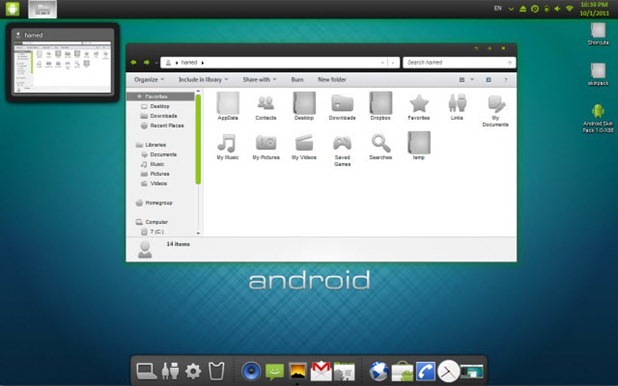 Since it is a skin pack, I recommend you to create a system restore point before installing this package. In case something goes wrong, you can only roll back using the restore point you created.

in Windows 7 No Comments

Mahesh is a technology enthusiast who loves everything about tech, be it Apple, Google, Android, iOS, or any other cool operating system. He enjoys covering tips and tricks for consumer software such as Android, Mac, and iOS. He spends most of his time thinking about new helpful tips in front of his Mac but also knows mobile operating systems very well. Mahesh has been writing online for nearly a decade and has written for reputable websites such as How To Geek, Make Tech Easier, and The Unlockr.
« Manually Change Windows 7 Boot Screen» Best Free Antivirus for Windows 7