Home » News » Amazon to Cut 10,000 Jobs in Anticipation of Recession

Amazon to Cut 10,000 Jobs in Anticipation of Recession 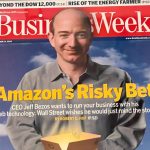 The reason Amazon is cutting jobs is in anticipation of the coming recession. 78% of American employees are worried their job may be cut during the recession.

We are noticing Google changing some of its features recently to rely less on people and more on AI. You used to be able to complain about Google Search results and even leave a lengthy comment regarding your issue. Google employees would then read your complaints. Now though no such text field to input a complaint exists. Perhaps “customer service” may get worse at Amazon as well over the next 12 months.

Many small businesses have already been in a recession all year yet there is no acknowledgment of its existence. Once the “recession” finally gets announced, things are probably going to be considerably worse, even if it is announced as a “shallow” one.

Mat Diekhake is the editor of ConsumingTech.com. He has been inseparable from the internet since Web 2.0 in 2005, and by 2008 decided on a career in IT. With a never-ebbing desire to cover technology, he spends most days consumed by Windows, Linux, and Android in particular. Though he has spent innumerable hours learning consumer software in general, formally and as an autodidact, and has personally authored over 10,000 articles since 2010. He is a qualified Microsoft Windows systems administrator (MSCA). Read Mathew's full biography. Mathew's social profiles: Twitter, Facebook, Mastodon, Instagram, LinkedIn, and Github.
« Many SEOs Leaving Twitter for Mastodon» François Chollet Sides with Ex-Twitter Employee Who Questioned Musk