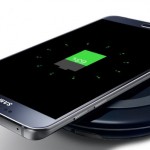 Galaxy Note 5 boasts as the latest flagship by tech-giant Samsung. It comes with tons of features including Android 5.1.1, Quad-core 1.5 GHz Cortex A53 processor, 4GB RAM, 16MP rear camera, 5MP front camera, and a lot more. But, the problem is that it doesn’t have high-end battery storage. It has a non-removable 3000mAh battery that is enough to provide you with 9 hours of full internet usage on a 3G network. Naturally, this time will degrade slowly with the time passage. But how can you have more battery storage?

No Worries! Just have a glance at some tips that we provide so that you can increase the battery storage capacity. Note that there wouldn’t be a tremendous increase in the battery performance. What are you waiting for? Scroll down now!

As you all might know that Note 5 offers two power-saving modes— Power Saving Mode and Ultra Power saving mode. The first option restricts only a few background applications when the battery is about to drop below 15% of charge; this feature can also be enabled manually. The second option is two times more efficient and battery-saving in contrast to the first one. Only a few applications, the most essential one would run after usage of the Ultra Power saving Feature.

There are loads of people who load tons of applications on their devices and never tend to use them. So for people like them, there’s no point in keeping them and wasting your memory and battery. Such unused programs release a lot of background apps that hog the battery usage. So, uninstall all these programs immediately lest you degrade your battery and you can also disable the stock apps that you aren’t using.

To manage brightness on your Note 5 don’t use the ‘Auto’ feature and instead manually fix the brightness. Using Auto is not preferred because it uses ambient sensors to set the brightness on your device which in turn increases background processes and lead to battery drainage. On the other hand, using ‘HIGH’ brightness is also not advised because it will consume more battery. To safely use the ‘LOW’ feature to reduce battery consumption and background running apps.

Not to forget, you should buy a wireless charger that is big enough to support the Samsung Galaxy Note 5, the dimensions for the Note 5 are 153.2×76.1×7.6mm.

Try these tricks to power up your Note 5 and retain your battery’s juice. The tricks are simple and easy to use once done properly. So geeks, did it work for you? Do share this tutorial with your acquaintances.

Mathew is a qualified Microsoft Windows systems administrator (MCSA) who has covered OSs, browsers, the internet, and related tech since 2011. He is the founder and editor of ConsumingTech.com and is a freelance tech writer for various publications around the Web. Mathew graduated from DDLS Melbourne (now Lumify). He grew up in Melbourne and lives in rural Victoria, Australia. Read Mathew's full biography. Mathew's social profiles: Twitter, Facebook, Mastodon, Instagram, LinkedIn, and Github.
« Top 5 Tips and Tricks for Google Drive