The banking malware named ZLoader has been seen once again in as many as 100 emails. ZLoader hasn’t been noticed online since December of last year. Before then, nobody had heard of ZLoader since the very beginning of 2018.

ZLoader is a Trojan that is under active development and has been observed in at least 25 different versions this year. Those who have witnessed ZLoader arrive at their inboxes have been in western Europe, the United States, Canada, and Australia.

The way in which researchers are finding ZLoader being distributed now varies from when we first got rid of it back in 2018. The new version is said to be a fork of the original exploit.

According to researchers, multiple people are spreading the exploit in at least one new email each day. These emails seem to be targeted toward the western world and stronger economies.

Since COVID-19, the people associated with the ZLoader email campaign have used the coronavirus outbreak as part of a new deception tactic. The idea being to falsely alert people into believing that there are other scams pertaining to the pandemic that they should be wary of, when in fact, it is their email that the users shouldn’t trust. 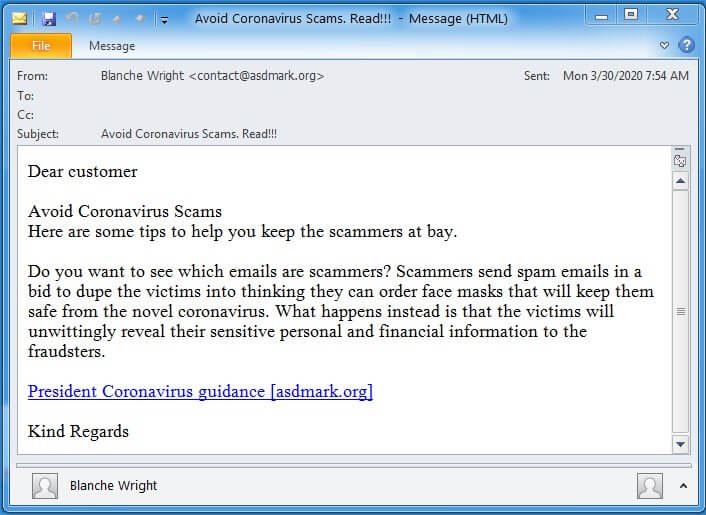 The current version of ZLoader doesn’t have as many nasty features as the original, but it still is a serious threat as all banking malware can be.

Mathew is a qualified Microsoft Windows systems administrator (MCSA) who has covered OSs, browsers, the internet, and related tech since 2011. He is the founder and editor of ConsumingTech.com and is a freelance tech writer for various publications around the Web. Mathew graduated from DDLS Melbourne (now Lumify). He grew up in Melbourne and lives in rural Victoria, Australia. Read Mathew's full biography. Mathew's social profiles: Twitter, Facebook, Mastodon, Instagram, LinkedIn, and Github.
« You Can Use Google Chrome’s Offline Installer to Install Chrome Without Internet» Mathway User Records Being Sold on Dark Web