Xbox One Insiders who are signed up for the Xbox One Preview Update Alpha ring are now starting to find an Xbox One system update rolling out their way, namely the 1804.180314-1900.

The new 1804 update brings with it some nice new features, including fixes for some audio issues, the Home guide, the game install process, Vudu and the Settings Accessory application. 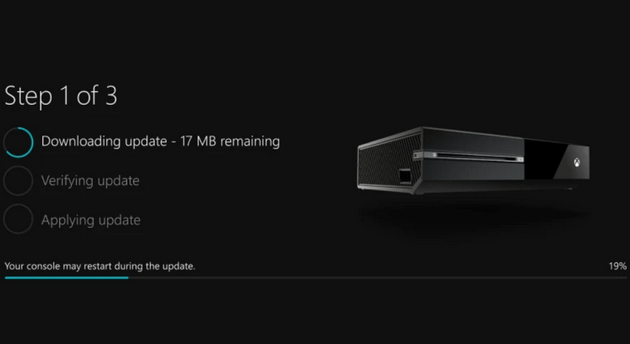 More specifically, the users who were experiencing unexpected game volumes when playing some games or using some apps were facing those issues because of Spatial Audio, and now it’s fixed. When using the Guide, some people were experiencing a system crash. That problem is now solved. Some users were finding the game process showing up to 300%, and that issue is now resolved. Users with 4K resolution TVs and who were using 4K resolution content from the Vudu application were experiencing some problems. Those are now resolved as well. Also, if you were a user who was having problems assigning controller configuration,s you can expect that problem to be fixed now too.

The new 1804 update also brings with it some new problems of its own as well. Some of the known bugs include Pi-Hole, some more audio issues, problems with the Netflix app when using a monitor, a system issue, Spotify search functionality issues, the virtual keyboard randomly disappearing, problems when broadcasting UWP Games, controlling vibration issues, and some issues with some games not showing HDR.

If you’re a Pi-hole user, you may experience some problems signing in to accounts, creating new accounts, or recovering an account after installing the 1804 update. The issue is occurring because of a new configuration file that is being blocked by Pi-hole by default. You may experience random sound cutouts if you’re using Dolby Atmos for Home Theater and some ADR models also. To help solve sound cut out problems, for the time being, you may change the audio format settings. The Netflix application on monitors only supports 1080p for now, and not the 1440p some have come to expect. The problem is on Netflix’s side, and they have been made aware of the issue, and the problem should be rectified soon, although it will probably require another update from Xbox to fix. You may find that the virtual keyboard just randomly disappears when you’re trying to use it. That’s not your fingers doing anything wrong, nor can you go about using your hands differently. It’s just a problem with the software for now. As a workaround, for now, you can plug in a wireless keyboard and use that instead until the next update. Universal Windows Platform Games may fail to broadcast after starting a new game. Xbox is monitoring the issue and should solve it soon. When using the search box in the Spotify application, you may find that it’s unable to pull your requested search.

Mat Diekhake is the editor of ConsumingTech.com. He has been inseparable from the internet since Web 2.0 in 2005, and by 2008 decided on a career in IT. With a never ebbing desire to cover technology, he spends most days consumed by Windows, Linux, and Android in particular. Though he has spent innumerable hours learning consumer software in general, formally and as an autodidact, and has personally authored over 10,000 articles since 2010. Microsoft awarded him numerous certificates resulting in him becoming a qualified Windows systems administrator (MSCA). Read Mathew's full biography. Mathew's social profiles: Twitter, Facebook, Instagram, LinkedIn, Github, Reddit.
« Google Chrome Reducing Power Consumption for Background Tabs» KB4090007 Intel Microcode Cumulative Update for Windows 10 (1709)