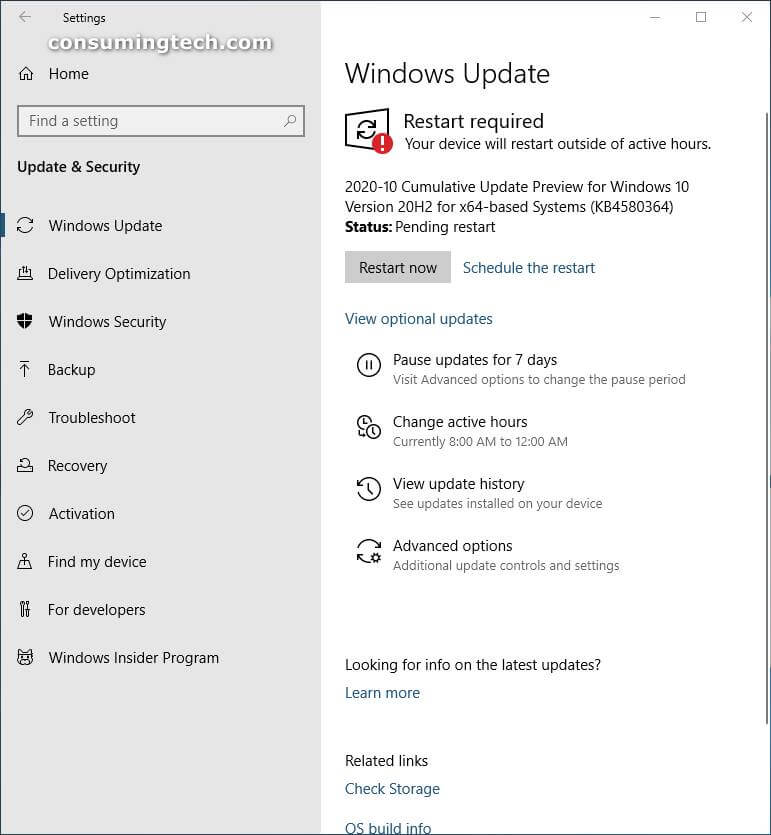 Windows 10 cumulative update KB4580364 is now rolling out to computers. This is an official build that fixes bugs that cause poor responsiveness on Windows 10 version 2004. It also adds Meet Now to the taskbar.

Earlier this year Microsoft released a new feature for Skype called Meet Now. Meet Now was introduced to simplify the way people connect which is now with only two clicks. Meet Now offers free calls that can last for 24 hours. Meet Now has now been added to the taskbar in an attempt to showcase its availability more.

This year we have seen the rise in popularity of the videotelephony software called Zoom. Skype could have been everything Zoom has become.

The highlights for version:

The imporvments and fixes for version:

Mathew is a qualified Microsoft Windows systems administrator (MCSA) who has covered OSs, browsers, the internet, and related tech since 2011. He is the founder and editor of ConsumingTech.com and is a freelance tech writer for various publications around the Web. Mathew graduated from DDLS Melbourne (now Lumify) in 2011. He grew up in Melbourne and lives in rural Victoria, Australia. Read Mathew's full biography. Mathew's social profiles: Twitter, Facebook, Mastodon, Instagram, LinkedIn, and GitHub.
« Download: Administrative Templates for Windows 10 October 2020 Update (20H2)» Distro Installation Added to Windows Subsystem for Linux in Windows 10 Build 20246