Instant messenger applications first became popular on smartphones and have since risen in popularity on desktop environments. Once people establish connections with a particular instant messenger app, they then want to be able to use that same app across all of their devices. Now people are choosing to leave their phones on their benchtops and install the desktop versions of the apps instead when they are on computers.

There are a few reasons why people are choosing to use desktop apps over mobile apps for at least some part of their time in front of screens. Being able to use a desktop app helps saves the battery on the phone and it’s also a faster way to type messages. Another advantage that people using desktop have is the use of keyboard shortcuts. 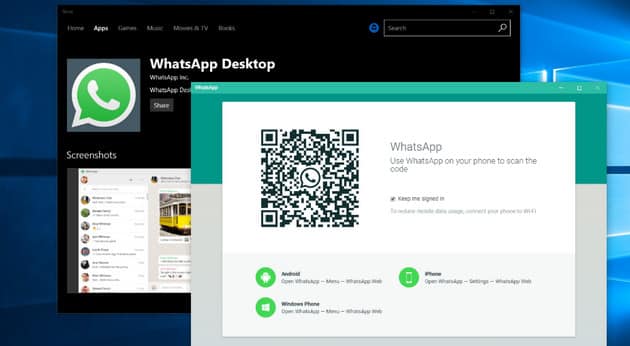 Like Windows, the WhatsApp application also has a dedicated set of keyboard shortcuts available for it that you can press on the keyboard when you have the desktop version of the app open. They are as follows.

in Tutorials, Windows 10 No Comments

Mathew Diekhake is a certified Microsoft Systems Administrator from Australia and also the founder and editor of ConsumingTech.com. With a never ebbing desire to cover technology, he is mostly consumed by Windows and Android. However, he has spent stacks of hours learning about a variety of computer software, both formally and informally, and has authored tens of thousands of tutorials and news articles since 2011. Mathew has obtained many Microsoft certificates and is a qualified Systems Administrator (MSCA). Read Mathew's full biography. Mathew's social profiles: Twitter, Facebook, Instagram, LinkedIn, GitHub.
« How to Turn Off Hard Disk After Idle in Windows 10 » Download Mail App for Windows 10