How to Update Live with Walkman to Android 4.1.2 Jelly Bean CM10 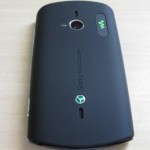 Hook up the latest Live with Walkman WT19i by using this cool custom firmware. Now you can get all the 4.2.1 Jelly Bean goodness in the way of a CyanogenMod ROM.

Why would I want to do that? Even if you are not normally fond of rooting a device and stuff like that, the fact is that if you do it, you can get the latest Jelly Bean which you would not be able to get as standard because it has not come out yet. This is without a doubt the main reason to consider upgrading.

Over the years we have seen some interesting developments come out of the Android front. They aim at being very specific for certain types of people and this has been one of the key reasons for their overwhelming success in the last five or so years. Sometimes they push the limits of that too, like with this phone. It’s designed for music lovers who want Android at the same time and uses the name back from the good old VHS days.

Almost three years old now, it still has a lot going for it. Its heavy Facebook and social media integration shows a side that won’t age yet and should still dominate for years to come. Unlike MySpace, Facebook isn’t expected to go out of fashion. In fact, Mark Zuckerberg has made so much money and has such a good team, they are expected to stay at the pinnacle of web development for the foreseeable future. The upper hand, these companies have is that they can afford to pay some of the best minds in the business. This will keep them with the best ideas and ahead of the game unless a great mind was to say no to a high-paying job. Chances of that? Slim to nil.

Is there a downside? Yes. This is not a final ROM. What does that mean? It means that there will be some bugs and improvements needed. Kind of like when iOS is rolling out a beta version. This is probably one of those you want to back up your device before continuing if anything were to go wrong. An interesting fact: This does not need root access, however, to enjoy many of the features that it does have, you will need it.

How To Install Android 4.1.2 Jelly Bean CM10 on Live with Walkman

1. Download the CM10 ROM for Live with Walkman and the Google Gapps.

2. Transfer the zip files you downloaded to the devices SD card. Unplug the device from the computer and shut it off.

4. Now you will need to wipe the phone data. It is important to do this when you are installing a custom ROM.

There is three you should do, they are:

5. From the SD card choose the install zip from SD card option. Look for the cm-10-20130310-NIGHTLY-coconut.zip file which we downloaded earlier and select it.

7. Navigate back to the main recovery screen and select reboot system now.

Mat Diekhake is the editor of ConsumingTech.com. He has been inseparable from the internet since Web 2.0 in 2005, and by 2008 decided on a career in IT. With a never ebbing desire to cover technology, he spends most days consumed by Windows, Linux, and Android in particular. Though he has spent innumerable hours learning consumer software in general, formally and as an autodidact, and has personally authored over 10,000 articles since 2010. He is a qualified Microsoft Windows systems administrator (MSCA). Read Mathew's full biography. Mathew's social profiles: Twitter, Facebook, Instagram, LinkedIn, and Github.
« How to install Chameleon OS Android 4.2.2 Jelly Bean ROM on Samsung Galaxy S2 I9100» How to Install Helly Bean ROM For Samsung Galaxy S2 on Android 4.2.2 Jelly Bean Nightly Builds