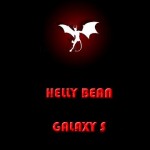 The ROM that reminds me of a mixture of Halle Berry and Jelly Bean has now been developed for the Galaxy S2 range. Up until this point it was only available for S1 devices. If you are into CyanogenMod, then you’ll be interested in this one as it is loosely based off of the Cyan 10 sources. If you were a fan of the original project for S1 devices which so many people were, then you’ll be interested in checking this one out. It is on another level all together.

There is no point starting this guide unless you have root access on your S2 already. There are various ways to do this. Some are easier than others. We should have more than one way to do it on the site here. The web in general will offer you a few more ways on top of that. Do some research if you haven’t already to what you would prefer. Using the dates feature in a Google search is also very good. This will let you bring up more recent searches and it’s a good idea to follow those instead. Often we see newer tutorials come out for the same handsets as time goes on. Generally speaking, this will result in a better one because there’s no reason to create the same thing again.

All galaxy products come with a Micro SD card. Use this card to back up your data to the internal storage. Use an SD card reader to then save it on a computer. Create a new file ans transfer it over. Use this same file to put it all back again once you are finished. During this guide will need a factory reset which will leave your handset like it was when you first opened it. In other words, completely wiped of anything you put on there. We can put all your stuff back on later, including all the applications by saving like I mentioned above. Just be wary the more GB of data you have on the phone the longer the transfer will take so adjust your schedule accordingly. If you are somebody who has a lot of apps on the home screens, then it will take some extra minutes you will need to set aside.

There are heaps of features for this ROM which is listed below. A computer is used for the installation process so disable all security threats. Thing like anti-virus and anti-malware needs turning off. It does not need uninstalling altogether. Just a temporary disable will work fine. If you did uninstall already, remember to download it again when you leave here. This should apply for both the Windows-based PC as well as the Smartphone.

After the Galaxy S2 is powered on, start navigating your way to menu -> settings -> developer options and enable the USB debugging.

The list of features below is also the list of differences when compared to that of CyanogenMod 10.

(Source: XDA) Check out and download the ROM from here.

Mat Diekhake is the editor of ConsumingTech.com. He has been inseparable from the internet since Web 2.0 in 2005, and by 2008 decided on a career in IT. With a never ebbing desire to cover technology, he spends most days consumed by Windows, Linux, and Android in particular. Though he has spent innumerable hours learning consumer software in general, formally and as an autodidact, and has personally authored over 10,000 articles since 2010. He is a qualified Microsoft Windows systems administrator (MSCA). Read Mathew's full biography. Mathew's social profiles: Twitter, Facebook, Instagram, LinkedIn, and Github.
« How to Update Live with Walkman to Android 4.1.2 Jelly Bean CM10» How to Update Samsung Galaxy S I9000 to Android 4.2.2 On CM10.1 RC2