Sprint subscribers of the LG G4 variant are getting a new over the air update to the ZV5 firmware. If you updated the operating system and chose to accept the new software update notification, you will have lost root access.

Moreover, you can’t just go back and follow the same guide you used last time because it won’t work and you might brick your smartphone. Never fear! A new rooting method is here, and we’ll show you how it’s done after the drop. 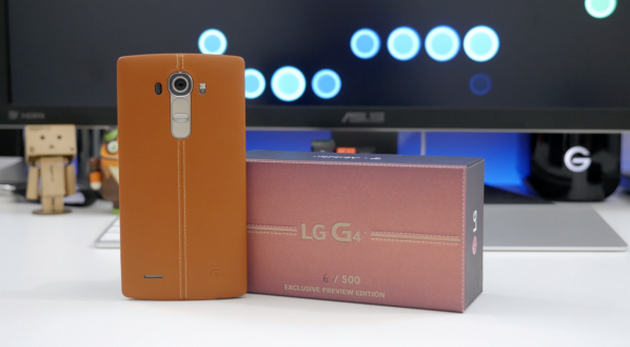 HOW TO ROOT THE SPRINT LG G4 ON ZV5 LOLLIPOP FIRMWARE

3. Extract above tar.gz file to the desktop of the computer.

4. When done correctly, you’ll see the system.rooted.LS991ZV5.img file inside.
5. Transfer that .img file to the root of the SD card, which means not inside any subfolder.

7. When done correctly, you should find the Send_Command.exe file and the ports.bat files inside.

8. Reboot the G4 in Download Mode. Volume the Volume Up and Power and connect it to the computer at the same time. It only works if you have completely powered it off first.

9. Double-click the ports.bat file and check what COM port your computer and the G4 is connecting with. Keep a mental note of that number.

10. Open the folder where the Send_Command.exe and right-click the mouse and hold Shift to open the command window.

11. Type the command: “Send_Command.exe \\.\COM4” in the command line if your COM port equals 4. Change the value accordingly to what you found in step 9.

12. Type the next command “id,” and you should get a string in return similar to this “‘uid=(0)root gid=(0)root’. Repeat the steps with the commands again if you don’t see that string or else you risk soft-bricking the device.

You can now start thinking about flashing a custom recovery image such as TWRP or ClockworkMod recovery.

Mathew Diekhake is a certified Microsoft Systems Administrator from Australia and also the founder and editor of ConsumingTech.com. With a never ebbing desire to cover technology, he is mostly consumed by Windows and Android. However, he has spent stacks of hours learning about a variety of computer software, both formally and informally, and has authored tens of thousands of tutorials and news articles since 2011. Mathew has obtained many Microsoft certificates and is a qualified Systems Administrator (MSCA). Read Mathew's full biography. Mathew's social profiles: Twitter, Facebook, Instagram, LinkedIn, GitHub.
« How to Downgrade Windows 10 to Windows 8.1 or 7» How to Unlock GodMode in Windows 10