Chainfire has created yet another one-click rooting tool version of the CF-Auto-Root and made it available for the Samsung Galaxy Note 4 S-LTE SM-N916L smartphones running on Android 6.0.1 Marshmallow software updates. Since Android 5.1 Lollipop, the CF-Auto-Root tools have been what is called a systemless root where they no longer need to pass through the system partition.

Most people already know of the system partition as the place where manufacturers and phone carrier networks tuck away their apps so people cannot remove them. That was the area that CF-Auto-Rot used to need to access before it could work. Nowadays things are much cleaner, and the rooting tool does not need to go anywhere near there. 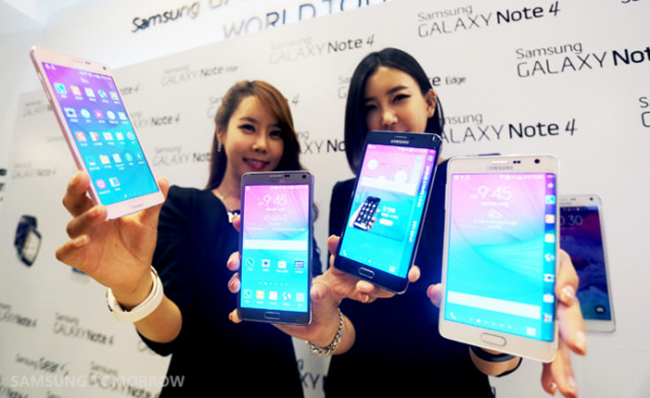 The CF-Auto-Root tool is flashed with the Odin flashing tool which is the same flashing tool that many Samsung device owners use to flash a stock ROM. Chainfire’s goal was to give people an easy way to root and also a way people can root without having to install a custom recovery. While most people enjoy installing a custom recovery and then flashing the SuperSU to get root access, not everyone wants to take away the stock recovery—even Chainfire sometimes. The CF-Auto-Root tool is a solution for that.

In conclusion, that is how to root the Samsung Galaxy Note 4 S-LTE SM-N916L phones running on the Android 6.0.1 Marshmallow software updates. The guide makes use of the CF-Auto-Root tool by Chainfire, and the smartphone now has the SuperSU app available from the app drawer. Even though this method is called the systemless root method, it still works the same way. SuperSU is already operating and doesn’t require you to do anything to get it working. Just open the Google Play Store application on the phone and then start installing the apps that require root access before they can run.You can check out some of the best root apps for Android if you need some ideas before hitting up the Google Play Store. You need to go into the Play Store knowing the names of the apps that you want to search for because there is no dedicated area showing you the root apps.

Mathew Diekhake is a certified Microsoft Systems Administrator from Australia and also the founder and editor of ConsumingTech.com. With a never ebbing desire to cover technology, he is mostly consumed by Windows, Linux, and Android. However, he has spent stacks of hours learning about a variety of computer software, both formally and informally, and has authored tens of thousands of tutorials and news articles since 2011. Mathew has obtained many Microsoft certificates and is a qualified sysadmin (MSCA). Read Mathew's full biography. Mathew's social profiles: Twitter, Facebook, Instagram, LinkedIn, Github
« Root Samsung Galaxy Note 3 SM-N9007 on Android 5.0» Root Samsung Galaxy Note 5 Duos SM-N9200 on Android 6.0.1 Marshmallow