How to Play Sound when Unlocking Computer in Windows 10 [Tutorial]

While not commonly used, Windows 10 has a feature that allows you to lock the computer. It’s an alternative to logging off, “sleeping,” restarting or shutting down.

Locking the computer offers a way to stop other people from using your user account while providing the quickest alternative to getting back inside that user account and using the computer again—ideal for situations like zipping off to use the bathroom in an office environment for example.

Computers running newer versions of Windows these days startup quicker than ever before, but there is still an advantage of locking and unlocking over the likes of “sleeping” or logging off.

Once a computer is locked, you’ll need to enter a password to unlock it again. After that, there is minimal delay before you can start using the computer. Windows 10 doesn’t offer any sound by default for when the computer is being unlocked, but it’s possible to change that by scheduling a task for it in the Windows 10 Task Scheduler.

How to Play Sound when Unlocking Computer in Windows 10

You can play a sound when unlocking the computer from its locked state in Windows 10 by using the Task Scheduler and creating a new task for it. To do that, press the Windows logo + R keys to bring up the Run dialog box and then type “taskschd.msc” into Run’s available field and then click on the “OK” button.

Where it says the “Name,” put “Play Unlock Sound” so that you can easily identify it from the scheduler. 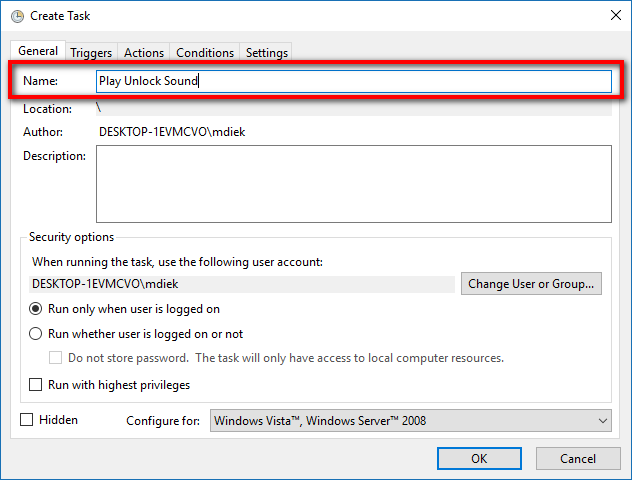 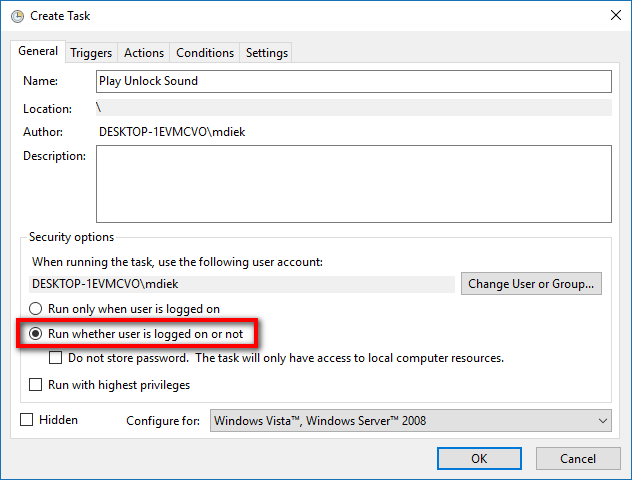 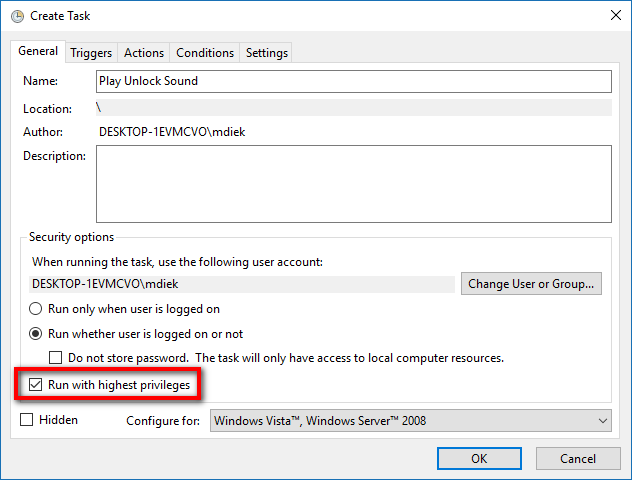 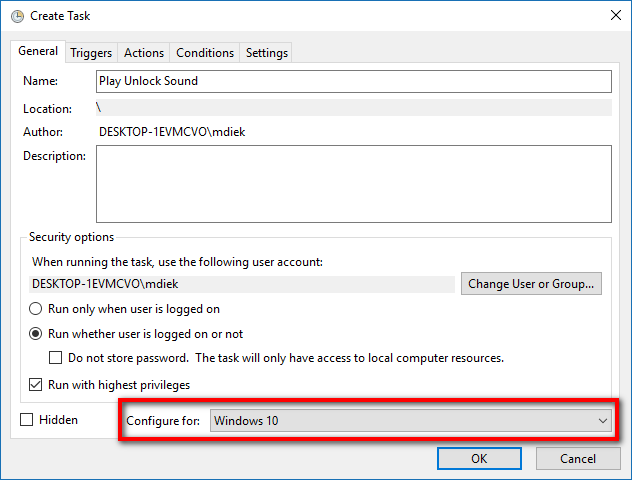 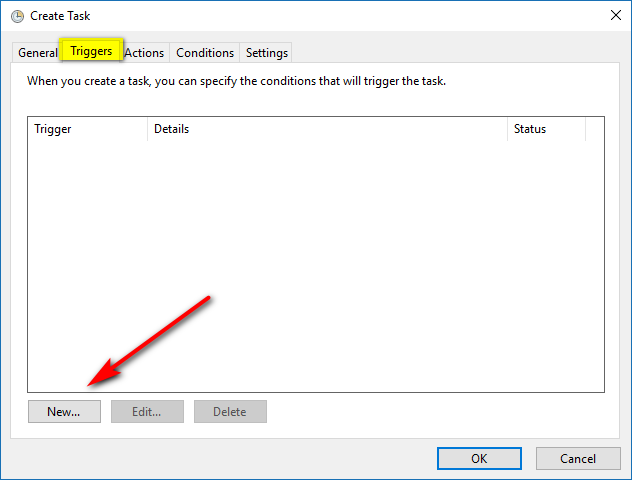 From the “Begin the task” drop-down menu at the top of the window, select the “On workstation unlock” and then click on the “OK” button at the bottom of the window. 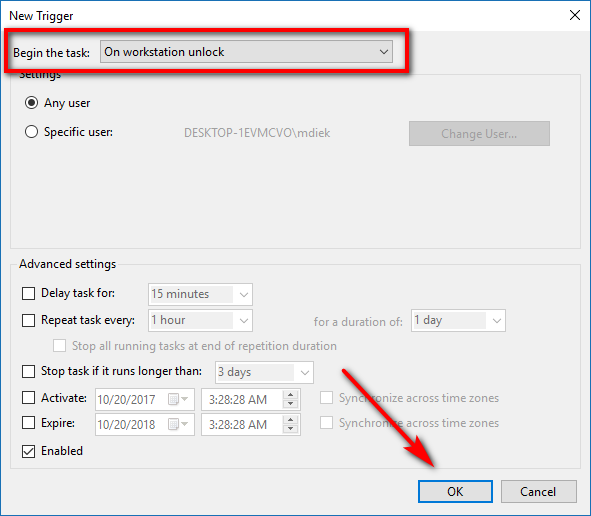 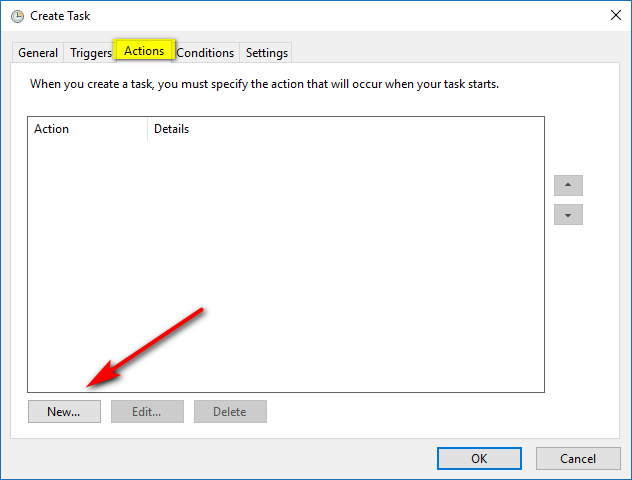 Now next to where it shows the empty box next to “Add arguments,” copy and paste the following: -c (New-Object Media.SoundPlayer 'C:\Windows\Media\Windows Unlock.wav').PlaySync(); 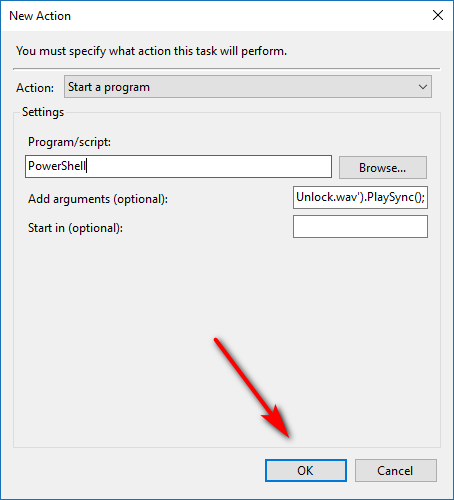 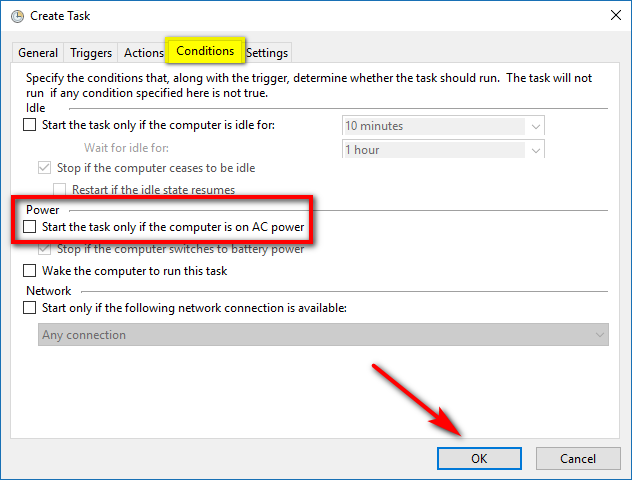 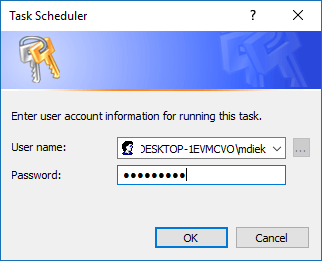 The sound will begin when the user unlocks the computer next.

Mat Diekhake is the editor of ConsumingTech.com. He has been inseparable from the internet since Web 2.0 in 2005, and by 2008 decided on a career in IT. With a never ebbing desire to cover technology, he spends most days consumed by Windows, Linux, and Android in particular. Though he has spent innumerable hours learning consumer software in general, formally and as an autodidact, and has personally authored over 10,000 articles since 2010. Microsoft awarded him numerous certificates resulting in him becoming a qualified Windows systems administrator (MSCA). Read Mathew's full biography. Mathew's social profiles: Twitter, Facebook, Instagram, LinkedIn, Github, Reddit.
« How to Enable/Disable Built-in Elevated Administrator Account in Windows 7 [Tutorial]» How to Play Sound at Logoff in Windows 10 [Tutorial]