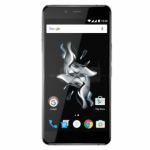 The OnePlus X smartphone builds on the initial success that the OnePlus brand has made by giving people phones that seem like great values for money. The OnePlus One and the OnePlus 2 both were top-rated devices because they offered people top of the range specs for only the price of a mid-range device. The OnePlus X is designed for the people who wish they could have afforded those two devices but couldn’t quite get there. It’s aimed at the lower end of budget buyers, and it is once again excellent value for money. As far as low budget phones go, the OnePlus X hits the spot much like it’s bigger brothers did for their market.

The OnePlus X comes with an AMOLED display which gives you fantastic blacks in color. It also helps OnePLus conserve battery by using those blacks. As you know, you don’t get a phone coming to stores this cheaply, so they have to cut costs somehow. You probably already know that it means this handset is going to have a smaller battery as one of the ways of keeping the costs down, and the AMOLED really helps that.

You can get the OnePlus x smartphone in either black or white. The white version isn’t as popular as the black, and you can find them cheaper online for that reason. However, don’t overlook them because although the black ones look awesome when just opened out of the box, the fingerprints you leave really do start to show up the more you use it.

Mathew Diekhake is a certified Microsoft systems administrator from Australia and also the editor of ConsumingTech.com. With a never ebbing desire to cover technology, he spends most days consumed by Windows, Linux, and Android in particular; however, he has spent innumerable hours learning consumer tech software in general, formally and as an autodidact, and has authored tens of thousands of tutorials and news articles since 2011. Mathew has obtained numerous Microsoft certificates and is a qualified sysadmin (MSCA). Read Mathew's full biography. Mathew's social profiles: Twitter, Facebook, Instagram, LinkedIn, Github, Reddit.
« How to Root Huawei Ascend Y H866C» How to Root an Android Device Using PurpleDrake Method