However, we haven’t yet written anything regarding the Sticky Note features, so here is one: how to minimize the Sticky Notes app in Windows 10 so that the app is minimized to the taskbar, but the note is still there so you can open it again later without having saved it. 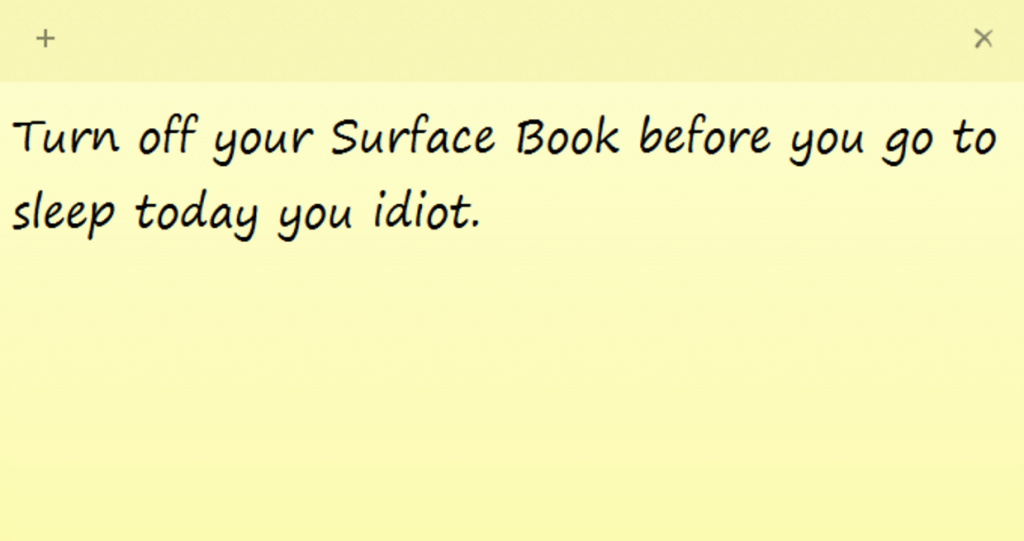 You will already be familiar with minimizing apps to the taskbar so you can open them later. It’s one of the most commonly used features of the Windows operating system. It lets users take the current app off the screen, so it’s not blocking something else that you wanted to have on the display and then it allows you to open it up again at a later time without having saved what you were doing.

The same thing can be done with the Sticky Notes app. It can be minimized to the taskbar and then opened up later so you can till show somebody the note without having saved the note.

Once you have created the Sticky Note by clicking where it says “Search the web and Windows” from the search dialog box in the taskbar and clicked on the “Sticky Notes” app after typing sticky, you will have it open on the desktop unless you have closed it or minimized it already. 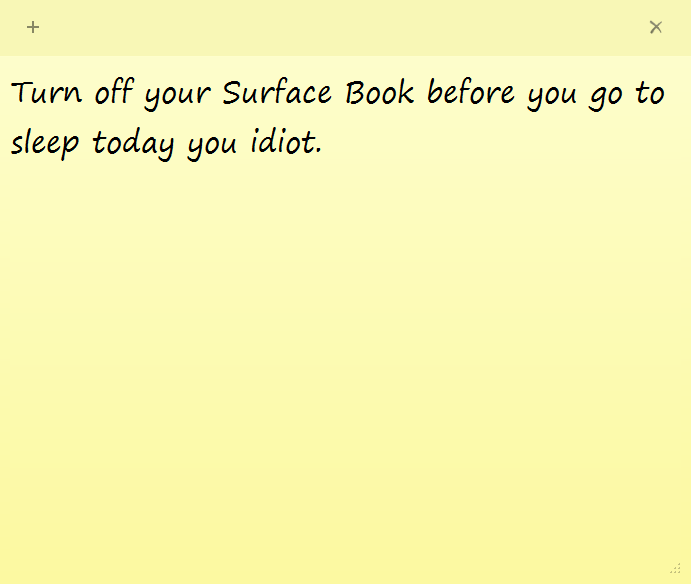 You will notice that there is no way to minimize the Sticky Note from the top of the Note like you would typically find available from other apps. (The minimize button indicated by a line is almost always positioned next to the x that represents the close button). 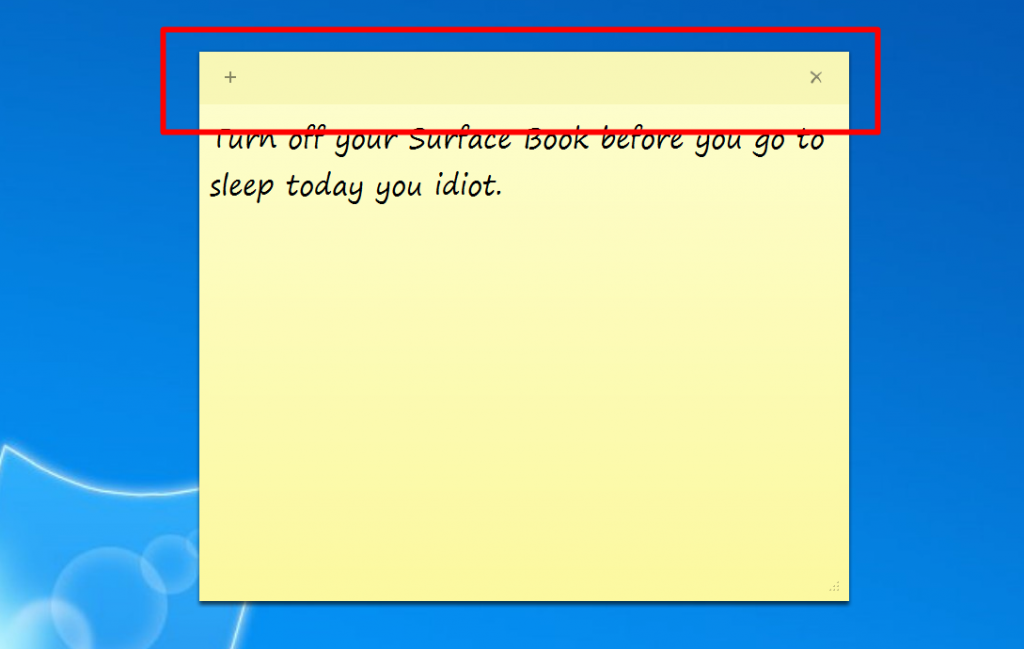 If you click the mouse on the background of the desktop, then you notice the “Close” button and the “Add” button disappear leaving you with nothing, but the Sticky Note application remains open by design. 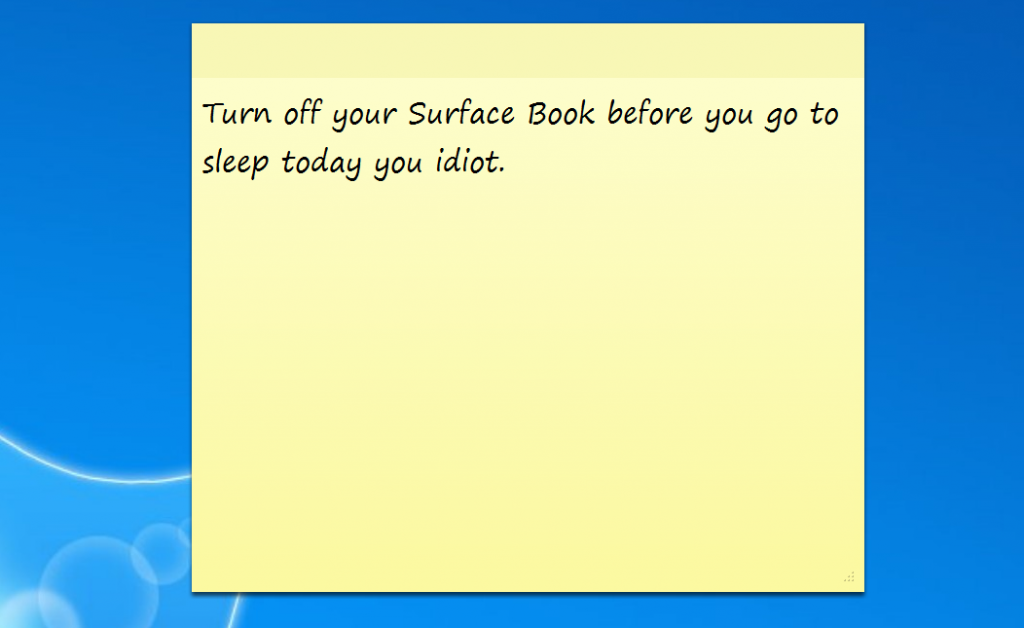 Clicking back on the note reveals the two buttons available at the top. The “X” on the right side is the button for closing the app. Don’t click that unless you want the note deleted. 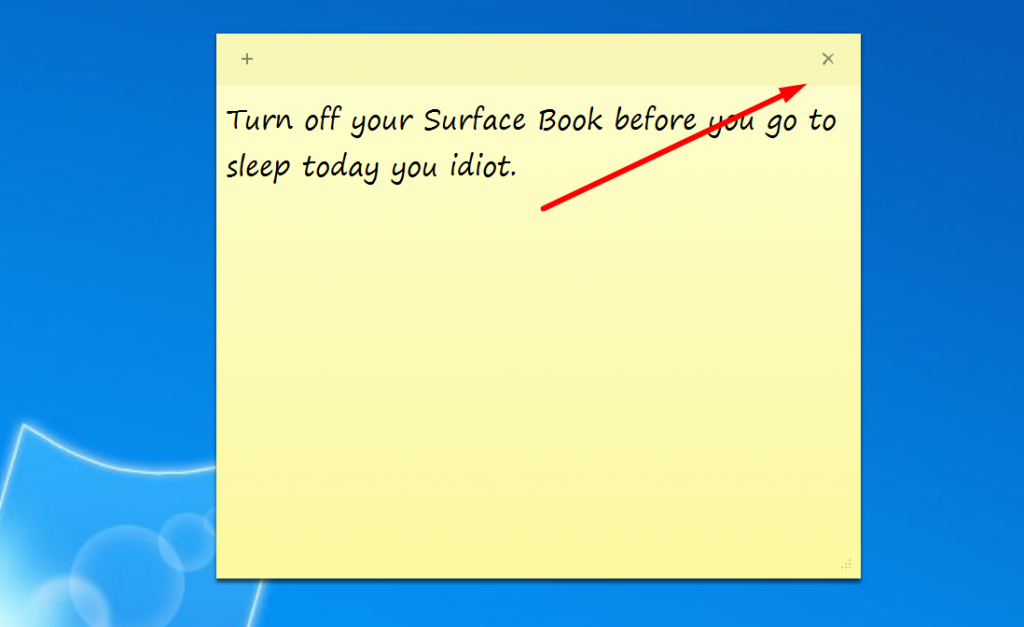 The button on the left side is the one that allows you to add another note on top of the one you have got already. 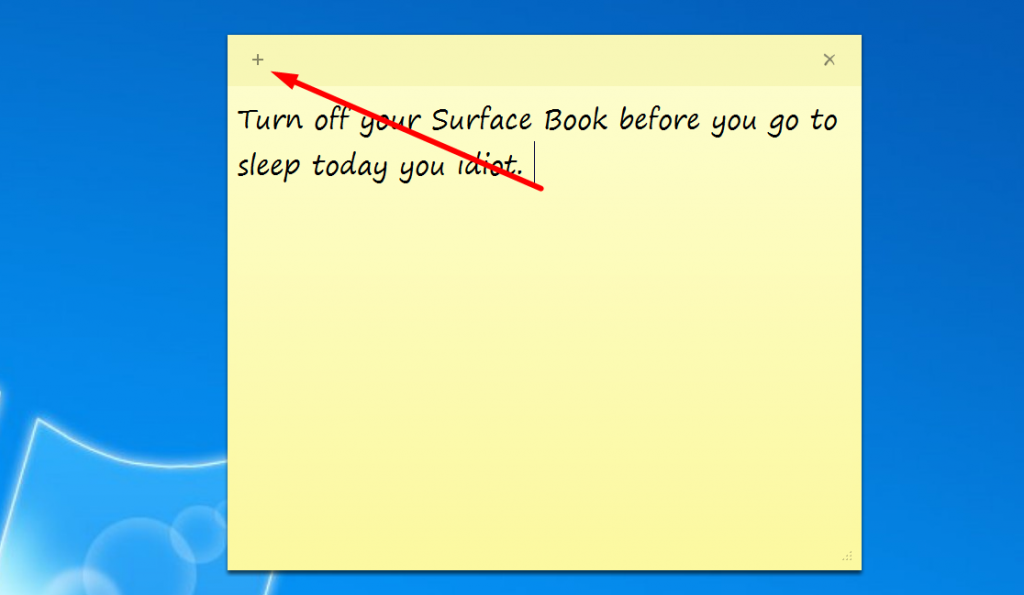 You can see an example of what happens when clicking the plus button to create another note below. 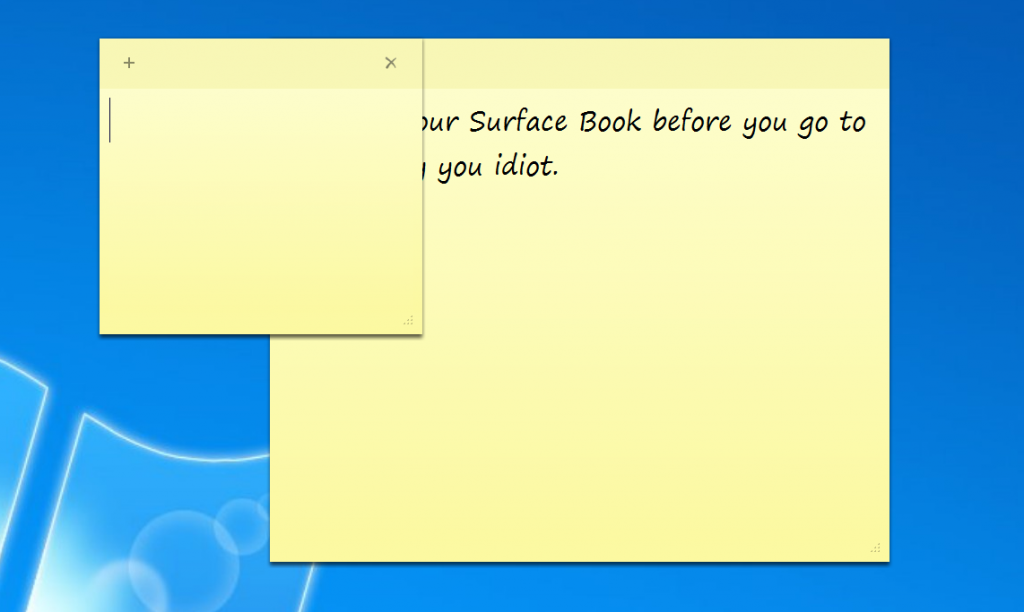 So, how do we minimize the Sticky Notes then? You might think that it is done by clicking on the taskbar itself where there is some spare space, but if you do that, the app remains open. That is not the answer to this problem.

Instead, search for the place on the taskbar that shows the Sticky Notes app (you can see it is the one that has the pictures of the notes in blue and yellow) and then click on it. After you click on the notes icon, the Sticky Note on the computer will minimize.

Once you want to open the Sticky Note back up again, just click on the same notes icon one more time, and it opens again. You can continue doing that as many times as you want.

That is everything you need to minimize the Sticky Notes application when you have it open on the computer. After playing with mine for a while on the computer I am using, I noticed that sometimes clicking the notes icon would result in the cursor clicking off the note itself but it was the second click that resulted in the minimizing. So, if you find that clicking your notes icon in the taskbar is not causing your Sticky Notes to close, then try clicking it a second time and them it should work for you.

Mathew is a qualified Microsoft Windows systems administrator (MCSA) who has covered OSs, browsers, the internet, and related tech since 2011. He is the founder and editor of ConsumingTech.com and is a freelance tech writer for various publications around the Web. Mathew graduated from DDLS Melbourne (now Lumify). He grew up in Melbourne and lives in rural Victoria, Australia. Read Mathew's full biography. Mathew's social profiles: Twitter, Facebook, Mastodon, Instagram, LinkedIn, and Github.
« Automatically Log in to Windows 10» Install Extensions in Microsoft Edge Browser in Windows 10