The Spotlight is a feature that Apple introduced to their operating systems many years ago now. They named their feature Spotlight because it is a magnifying glass that when you click on it, it then brings up a search box. That box then lets you type in names that you know you used for one of your files on the computer. For example, if you have 10,000 pictures stored on the hard drive on the computer but you don’t want to scroll through them all to find the picture you want, you can use the Spotlight search bar to type in the name “Joe” and then all pictures that have Joe in the file name will come up on the screen—allowing you to have much quicker access to them.

Windows thought the feature was a pretty neat idea. They too decided to bring out a feature called Spotlight for their Windows 10 operating system. Instead of changing the name of the feature and having the tool do the same thing, they’ve opted to copy the name and make the feature a little different. 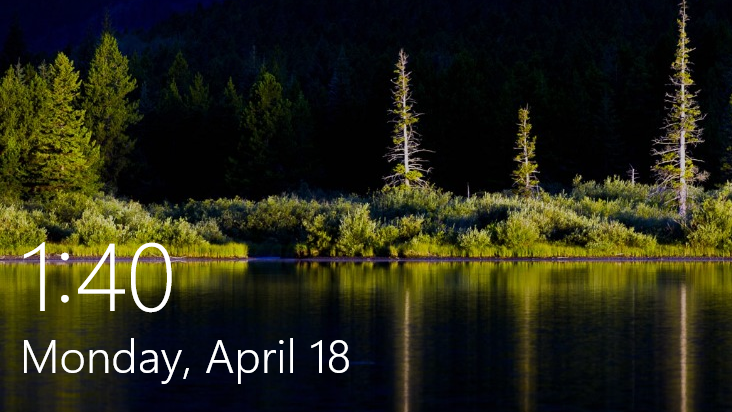 The Spotlight feature is turned on the Windows 10 operating system by default, and you don’t need to do anything to begin using it thanks to the preselected picture that Microsoft has chosen to make your lock screen look fresh, vibrant and appealing. Some of the pictures are so appealing in fact that people would love to know where they were taken a.k.a what they see in the picture. Often the pictures are of places that are well known and have names while other times it is just a particular location on earth.

Knowing Where The Windows Spotlight Photos Were Taken

1. Click on the Start menu and then click on the “Settings” gear icon from the left pane. 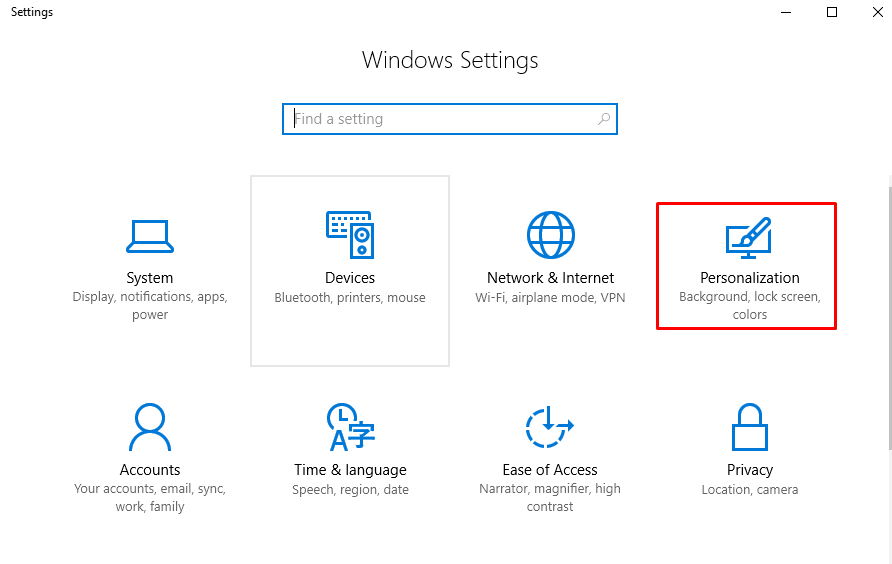 3. Click on the “Lock screen” option from the left side pane to find the options for the lock screen. 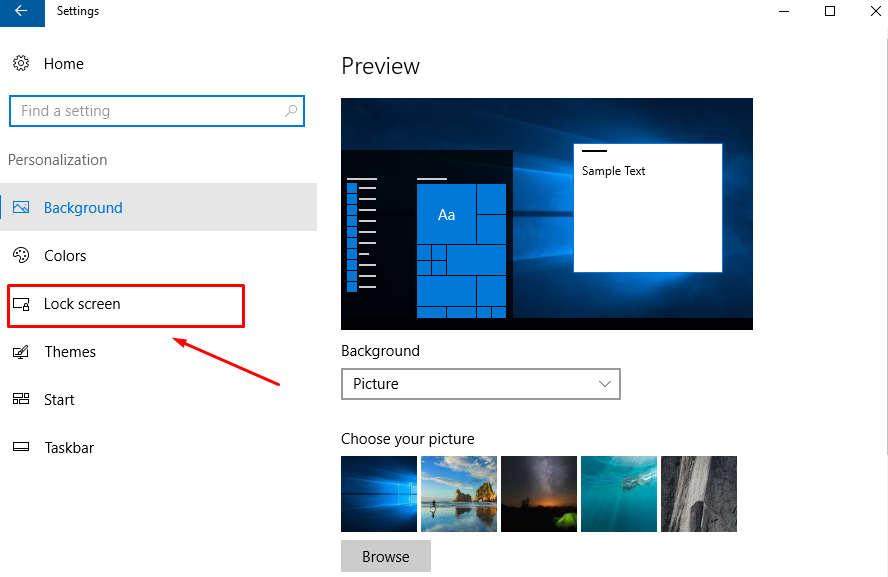 4. Check that it says “Windows spotlight” under the Background options so that you know Spotlight is setup correctly and going to display on the computer. 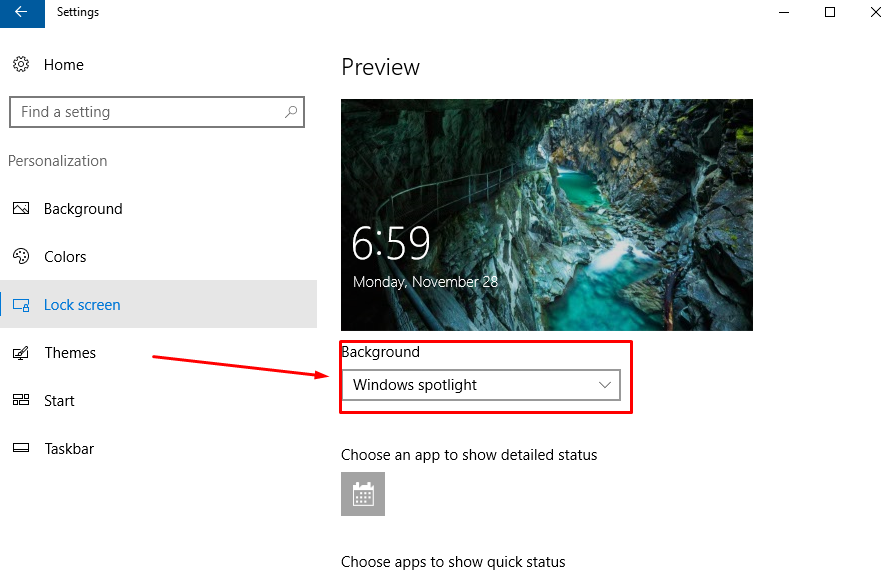 5. Now when you see the lock screen, you have some text on the top right corner asking whether or not “you like what you see?” Hover the cursor on that text and it then reveals the name of the place the picture was taken. 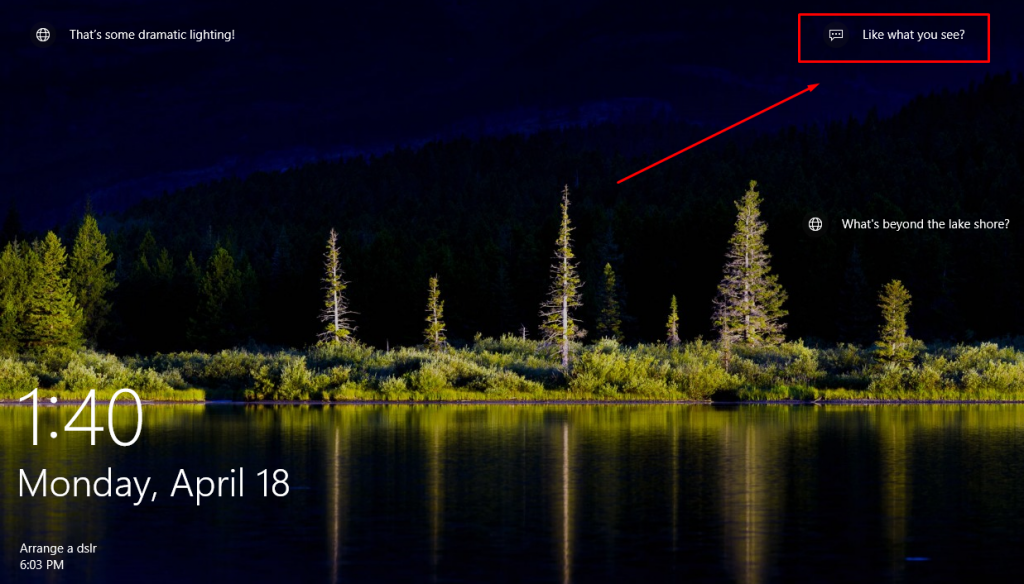 That is all you need to learn the names of the beautiful places that are appearing on the Windows 10 lock screen. There are some reports that not everyone sees the “like what you see” text from the lock screen, and worse yet, there is no clear solution. Most people should still see it, and those who don’t can check to see if there are any corruptions within the Window file system. Alternatively, check what version of the Windows 10 operating system you are using. It might be a case of the feature not being available for all versions. Last but not least, check out the Spotlight settings to see if you have made any changes to your lock screen in the past that is perhaps stopping the feature from working.

Mathew is a qualified Microsoft Windows systems administrator (MCSA) who has covered OSs, browsers, the internet, and related tech since 2011. He is the founder and editor of ConsumingTech.com and is a freelance tech writer for various publications around the Web. Mathew graduated from DDLS Melbourne (now Lumify). He grew up in Melbourne and lives in rural Victoria, Australia. Read Mathew's full biography. Mathew's social profiles: Twitter, Facebook, Mastodon, Instagram, LinkedIn, and Github.
« Pause Windows Update Download with Command Prompt in Windows 10» Use Headphones/Speakers in Windows 10 Simultaneously