In today’s tough economic times, when people are looking for something to invest in that isn’t real estate, I always tell them to look for the unbeatable software companies and think about putting some of their money in those areas.

Apple has a hardcore following that would seemingly continue to buy their products like a religious experience, but you also never know if the hardware we have now is the same hardware that will still be relevant in the future—and if it isn’t, would that mean another hardware company comes along? If we’re just looking at Apple, they have a solid foundation, not just because of the great hardware that they are renown for, but because they are creating their own software, found on the hardware that they create too, which is also pretty good to today’s standards. 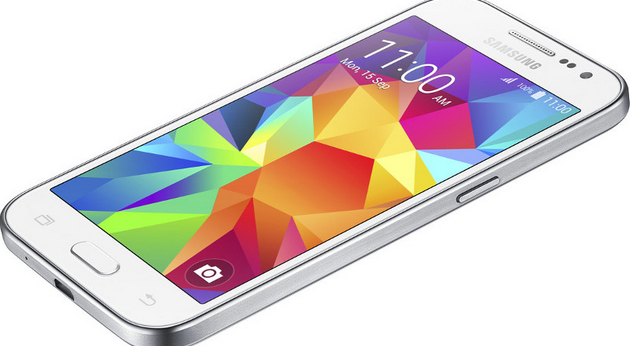 But as we’ve seen with companies that purely focus on the software side of things—like Microsoft—limiting your own software to your own devices comes with its downsides as well, namely that the competition that allows its software to run on a large number of different devices from a bunch of different manufacturers is going to easily get the jump on market share advantage.

When focussing on the mobile devices only, it is now Android that is running on the most devices, even though most people consider the fruit company to be superior to Google. The Mountain View company is far more than just a company in the smartphone business though: they are the leading search engine in the world, and the number of people who use search engines shouldn’t be underestimated. It’s a big business, and in a world where most websites cater to Google’s requests, it’s nearly impossible to see them failing in the future for as long as there is internet around.

So not only does Android currently lead the way in software that is running on the most mobile devices, but it also has a solid foundation set up for the future, unless you’re someone who doesn’t see the internet lasting. Search engines won’t be around if there is no internet, and it would render smartphones pretty useless, too.

With all that knowledge it makes sense to spend some time getting to know your operating system of choice: if you’ve chosen to use Apple then stick with it and get to know it at a deeper level than most. If you are an Android user, then get to know it well too, because eventually, you’ll start to get the same type of software running on television sets, and other devices around the home. And learning several operating systems isn’t an easy thing to accomplish.

When you start to delve into the world of Android, you’ll soon find out that it is based on a Linux kernel and the Android Open Source Project. Google then creates the official stock ROMs which are just known as Google Android software updates. That coding can’t be changed. But if you’re a developer, you can grab that original AOSP code and start to create your own ROM. We see this happen all the time when third-party developers create custom ROMs. Most devices out there that run Android have at least a few custom ROMs available, and others can have tens of custom ROMs—it all depends how many people are using the devices and how much demand there is for these developers to get to work.

Swapping the Google Android stock ROM for some custom software is, of course, one of the main reasons for people wanting to get a custom recovery image installed. Not only does it allow for the flashing of the ROM zip files, which the stock recovery doesn’t, but it also offers all the tools one will need to get ROMs flashed without any issues. This includes the chance to backup and restore, as well as wipe the data and cache. What’s more, the backups within a custom recovery such as TWRP are NANDroid backups, indicating that you can backup single partitions at a time if you like, instead of the whole system image. NANDroid backups are a step up again from popular root applications like Titanium Backup.

Most Android users wouldn’t notice a difference between a device that has a stock recovery and a custom recovery, so it shouldn’t matter too much that you have one installed. The TWRP developers actually say that things can go sour if you try to get rid of it and have made changes to the system partition with it installed—including by getting root access with SuperSU, installing BusyBox, removing the stock applications, so forth—so that’s also something to think about before you swap it for the stock recovery again.

Mat Diekhake is the editor of ConsumingTech.com. He has been inseparable from the internet since Web 2.0 in 2005, and by 2008 decided on a career in IT. With a never ebbing desire to cover technology, he spends most days consumed by Windows, Linux, and Android in particular. Though he has spent innumerable hours learning consumer software in general, formally and as an autodidact, and has personally authored over 10,000 articles since 2010. Microsoft awarded him numerous certificates resulting in him becoming a qualified Windows systems administrator (MSCA). Read Mathew's full biography. Mathew's social profiles: Twitter, Facebook, Instagram, LinkedIn, Github, Reddit.
« Install TWRP Recovery on Samsung Galaxy Grand Prime VE» Google Chrome Reducing Power Consumption for Background Tabs