Install TWRP Recovery on OnePlus One

You can swap the stock recovery environment for a custom one so you can start installing custom software and get root access if you like.

If the last time you installed a custom recovery image was back in 2011, then you probably only know the name Clockworkmod Recovery in the world of custom recoveries. Since then ClockworkMod has met its demise, which was primarily due to the arrival of TWRP Recovery, although if you were to read around the Web, you might see otherwise. 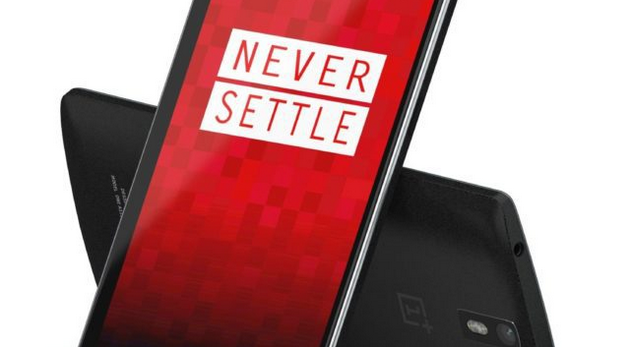 Both custom recovery images offered similar features, but TWRP has a touch-based interface whereas ClockworkMod only allowed for navigation to be done by using the Volume keys. Before ClockworkMod gave up development entirely, it created a Philz Touch Recovery which was supposed to rival TWRP since it too came with a touch-based interface. But the idea didn’t really kick off, people didn’t understand what Philz Touch was all about, and the writing was on the wall for all recoveries not named TWRP.

Since then four developers have been working many a day creating TWRP custom recovery images for hundreds of different devices. They also get help from people around the web who answer questions on forums such as the likes of XDA-Developers. There’s even an official TWRP app out now from the Google Play Store that, when available for a device, can make it possible to install the custom recovery without using ADB commands; all you need is root access instead, and then you just install it like any other root application.

How to Install TWRP Recovery on OnePlus One

If you already have TWRP installed on the OnePlus One smartphone, then you can just install the latest version of TWRP directly from the custom recovery itself by uploading it there. Achieving that would go as follows: download the TWRP to your computer, connect your device to the computer using the USB cable, transfer the TWRP file to the internal storage folder, disconnect the device from the computer and then boot it up into the Recovery mode where you would then flash the file.

For everyone else who hasn’t yet installed TWRP on the OnePlus One smartphone before now, you’ll need to do as follows:

2. You need to have the platform-tools part of the Android SDK on your computer. From the download link, scroll down until you get to the command line tools section and then download the package that is made for your operating system.

3. Once you have the SDK Manager on your computer, check the box only for the platform-tools, so you end up with the adb and fastboot binaries installed on the computer.

You could also install the drivers from there as well if you wanted.

5. Connect the OnePlus One smartphone to the computer by using the USB cable that it comes with.

6. Now on the computer open the Command Prompt and type the following command and hit Enter on your keyboard to get the OnePlus One smartphone into the bootloader mode and ready for the flashing:

7. Make sure you have copied the TWRP image file to the same folder as the adb and fastboot binaries. Also when you’re there, change the name of the TWRP to “twrp.img” by right-clicking the mouse pointer on it and selecting the Rename option from the menu.

8. From the command line type the following command and hit Enter on your keyboard to flash the custom recovery:

9. Lastly type the following command and as soon as the OnePlus One smartphone reboots, hold down the key combination to boot directly into the recovery mode.

If you don’t sometimes the stock recovery will wipe over the custom recovery you just installed.

The custom recovery image for the OnePlus One smartphone is now installed, and you are ready to boot into recovery mode and start flashing the custom ROM or rooting zip files.

Mat Diekhake is the editor of ConsumingTech.com. He has been inseparable from the internet since Web 2.0 in 2005, and by 2008 decided on a career in IT. With a never ebbing desire to cover technology, he spends most days consumed by Windows, Linux, and Android in particular. Though he has spent innumerable hours learning consumer software in general, formally and as an autodidact, and has personally authored over 10,000 articles since 2010. Microsoft awarded him numerous certificates resulting in him becoming a qualified Windows systems administrator (MSCA). Read Mathew's full biography. Mathew's social profiles: Twitter, Facebook, Instagram, LinkedIn, Github, Reddit.
« Install TWRP Recovery on OnePlus 5» Install TWRP Recovery on OnePlus 3