I have this friend, a real James Dean look-a-like type fellow, who never once throughout a day will let his face hang out of its ideal location for perfect bone structure when looking at him from all kinds of different angles. Perhaps he works hard at it, with his teeth squeezing bottom jaw to top, in respect of always keeping the jawline ripe for onlookers. Or maybe it’s just in his natural nature to put his head in those positions as to always keep up appearances.

In stark contrast, should I ever have to see a photo of myself, I will 99 times out of 100 be in a position where I’ve apparently let me guard down, let my face hang for comfort instead of calibrated for good looks. The ones who are photogenic will come up with phrases like “a camera never lies,” while the less fortunate among us will shake our heads, facepalm, look away, whatever it takes to deal with the malaise. 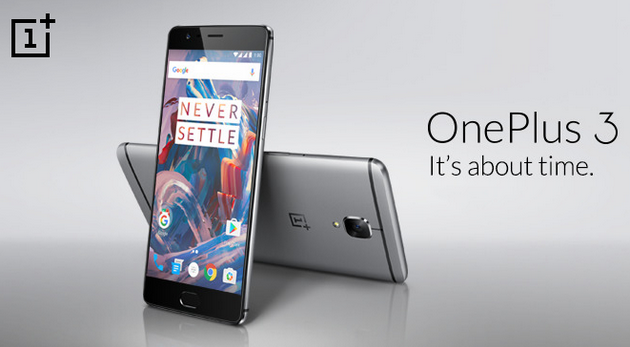 Among the worst of my features commonly found in photos is the double chin, a problem that people half my size will say is due to my weight, or, should this particularity critic be associated with the dental industry, then my jaw structure or lack thereof. But even more the culprit is how people half my size are looking at my face from below, as is the camera. It’s one of the drawbacks of being one of the taller white males of the neighborhood.

To help swing things in my favor, I’m rarely seen peering down at tablets, installing software on devices, or doing anything that forces me to look down to a point where my face will be positioned even lower than it would usually be, which was already too much to be considered a well-proportioned man. But when I’m home alone, few things become more appealing than monkeying with software of some description.

Of all the software that’s out there to dabble with, the Android operating system is one of the best. Android is open source so anyone can grab its source code and have a play with it. Only a handful of developers in the entire world are good enough to be creating the custom ROMs that are at the forefront of competition for official Android stock ROM builds though, you might remember CyanogenMod being one of them. CyanogenMod started off as a third-party custom ROM that had nothing to do with Android and grew so much that some manufacturers demanded it come preinstalled on their devices over the official Android. Before long CyanogenMod was then CyanogenMod Inc, employed tens of people, all of whom worked out of the one office each day. Point being that a custom ROM is more than just software for fiddling around with. These are ROMs intended as viable solutions to whatever the Android stock ROMs aren’t achieving for some groups of people.

How to Install TWRP Recovery on OnePlus 3

If you already have TWRP installed on the OnePlus 3 smartphone, then you can just install the latest version of TWRP directly from the custom recovery itself by uploading it there. Achieving that would go as follows: download the TWRP to your computer, connect your device to the computer using the USB cable, transfer the TWRP file to the internal storage folder, disconnect the device from the computer and then boot it up into the Recovery mode where you would then flash the file.

For everyone else who hasn’t yet installed TWRP on the OnePlus 3 smartphone before now, you’ll need to do as follows:

2. You need to have the platform-tools part of the Android SDK on your computer. From the download link, scroll down until you get to the command line tools section and then download the package that is made for your operating system.

3. Once you have the SDK Manager on your computer, check the box only for the platform-tools, so you end up with the adb and fastboot binaries installed on the computer.

You could also install the drivers from there as well if you wanted.

5. Connect the OnePlus 3 smartphone to the computer by using the USB cable that it comes with.

6. Now on the computer open the Command Prompt and type the following command and hit “Enter” on your keyboard to get the OnePlus 3 smartphone into the bootloader mode and ready for the flashing:

7. Make sure you have copied the TWRP image file to the same folder as the adb and fastboot binaries. Also when you’re there, change the name of the TWRP to “twrp.img” by right-clicking the mouse pointer on it and selecting the Rename option from the menu.

8. From the command line type the following command and hit Enter on your keyboard to flash the custom recovery:

9. Lastly type the following command and as soon as the OnePlus 3 smartphone reboots, hold down the key combination to boot directly into the recovery mode.

If you don’t sometimes the stock recovery will wipe over the custom recovery you just installed.

The custom recovery image for the OnePlus 3 smartphone is now installed, and you are ready to boot into recovery mode and start flashing the custom ROM or rooting zip files.

You can also get the custom recovery installed on the OnePlus 3 smartphone by using the DD install method. To do it this way, download the latest recovery image file for your device from its downloads page on the official TWRP website (Primary [Americas]| Primary [Europe]) and then place the file in the root of your /sdcard folder. Rename the image “twrp.img.”

Nowadays people are installing CyanogenMod custom ROMs. The company went downhill after it decided to take on Android. But it shouldn’t be forgotten that CyanogenMod custom ROMs were once not only crucial for tens of millions of people who have it running on devices around the world, but also as a base that was being used for custom ROMs. Not all developers have the skills to create a ROM that is as a stable a foundations as CyanogenMod, but a lot of the ROMs that you find out there are actually based on CyanogenMod; they just add and take away features from that base point. As such, you might want to look into before installing what custom ROM foundation yours has. If it is based on CyanogenMod or LineageOS (the name CyanogenMod developers operate under now), then you know that it is likely going to be a decent ROM.

Mat Diekhake is the editor of ConsumingTech.com. He has been inseparable from the internet since Web 2.0 in 2005, and by 2008 decided on a career in IT. With a never ebbing desire to cover technology, he spends most days consumed by Windows, Linux, and Android in particular. Though he has spent innumerable hours learning consumer software in general, formally and as an autodidact, and has personally authored over 10,000 articles since 2010. Microsoft awarded him numerous certificates resulting in him becoming a qualified Windows systems administrator (MSCA). Read Mathew's full biography. Mathew's social profiles: Twitter, Facebook, Instagram, LinkedIn, Github, Reddit.
« Install TWRP Recovery on OnePlus One» Install TWRP Recovery on OnePlus 3T