How to Install KingRoot 4.2 Jelly Bean APK for Android Mobile

As the years go by, new rooting tools become available that help people get root access. One of the differences between rooting roots usually is that some tools will manage to get root access on some devices while other rooting tools will be better suited to other devices. We see it all the time with older tools like CF-Auto-Root that is still going strong today but is ony very well known in the Samsung community and not used very much outside of Samsung devices. 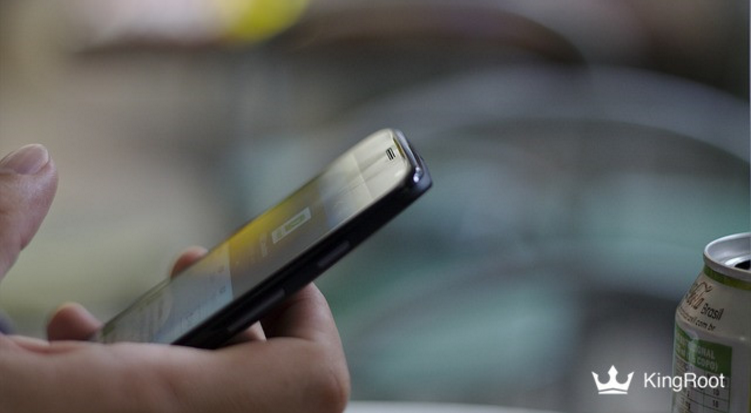 KingRoot is a one-click rooting tool, but it has revolutionized the one-click method in many respects because it can get root access to the vast majority of devices out there instead of it just being a tool that can root some devices. It won’t root everything, but if it’s from one of the five manufacturers that it covers—HTC, Samsung, LG, Huawei, Google—then it most likely will.

How to Download and Install KingRoot 4.2 Jelly Bean APK for Android Mobile

You can install the KingRoot tool from the official KingRoot website using the guide below, but before you jump ahead and do that, there’s one thing you need to take care of first. The Android operating system comes with an option from the settings called “Unknown Sources.” By default, this option is off, and that means the Android operating system will not allow you to be installing applications from outside the Google Play Store, or what it refers to as being an unknown source. The reason for that is because they monitor the Google Play Store for malware and anything that gets installed from outside of the Google Play Store is stuff that they have no control over. Thus installing apps from outside Google Play comes with more of a security risk. Since you know the KingRoot tool is trustworthy, there’s no problem installing it. Though, before you can, you need to turn on the option for the Unknown Sources first. That way you acknowledge to Google that you understand you are installing an app from outside Google Play. To do that, navigate to the Menu > Settings > Security > Unknown Sources and then toggle the option so that it is now on for the Unknown Sources.

Now that you have the Unknown Sources enabled, you can begin the process of getting the KingRoot application installed on your device by downloading one of the KingRoot APK files from the direct download links below.

Note: Alternatively, you can open up your web browser application of choice directly from the mobile device and then type https://kingroot.net into the address bar and hit the Enter key to the official KingRoot website loads. 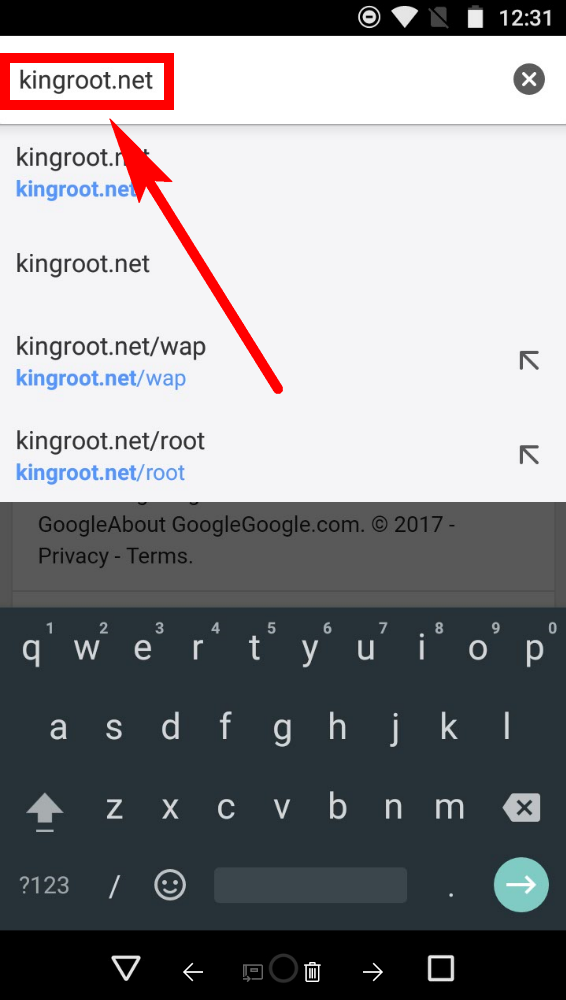 The official version of the website that you have just loaded can tell what operating system you are using when you visit the webpage. All you need to do is scroll down the page a bit and tap on the “Download APK for Android” button.

The KingRoot website then gives you a thank you message in the background, and the Android operating system decides to ruin your happiness a bit by letting you know that this file can harm your device. That notice that Android gives isn’t specifically referring to the KingRoot tool—you’ll see that same message no matter what app you are installing from outside of the Google Play Store. Just ignore it and tap on the “OK” button to continue with the downloading of the KingRoot tool.

Swipe downward from the top of the device’s display, so you have pulled down the notification shade and then tap on the downloaded “KingRoot” file so that it opens up.

The KingRoot tool will then ask you if you want to install the application, but what it really means is do you want to install this application after you have read all the things that it is going to get access to if you do go ahead and install it. Here is your last chance to back out of allowing KingRoot to get access to any of the things they have listed on the device’s screen, such as knowing your approximate location or reading your phone status and identity. Tap on the “Cancel” button if you want to go back or tap on the “Install” button if you want to continue with the installation.

You’ll then get a message on your Android’s display letting you know that the KingRoot application is now installing. WIth some luck, you won’t have to do anything else, and it’ll just be installed within a few minutes. However, most people will not be so lucky.

The chances are that you are going to find a message popping up that says “Installation blocked” and you’re going to have to fix it. To do that, tap on the small arrow next to where it says “More details” like in the example below.

It’ll then show you some more details about why it has chosen to block the application, and what you can do about it. Tap on the “Install anyway (unsafe)” link at the bottom of the message to continue with the installation of the KingRoot app.

The KingRoot application should now finish its installation without any interruptions. All that’s left to do now is tap on the “Open” button in the bottom right corner of the device’s display to open app your newly installed rooting app.

The Android operating system typically doesn’t like it when it knows you have rooted it. After spending some time with the KingRoot application ourselves, we know that every once in a while, the Android operating system will give you a message that lets you know about an unsafe app that is installed on your device, and then it recommends that you remove it. You don’t need to follow that recommendation, and it isn’t suggesting that KingRoot is any less safe than a different rooting tool. It’s just a message they put up in the hopes that you choose to use an unrooted device again.

The big argument about using rooted device and them being less safer than unrooted devices stems from the fact that now apps can move around the operating system easier than they could have before. When a device is not rooted, it means the app is stuck in its own fenced off area known as a sandbox. When a rooted device, however, the wall is easier to jump so to speak.

It could be a huge deal if you were to install some malware and it was smart malware and evil malware that wanted to purposefully jump the fence and look at data coming from other apps. Technically the malware could enter things like banking applications and see your details. But the thing that Google really didn’t want was for root access to interfere with new technological developments in the banking world like Android Pay, and it doesn’t. There’s no way to use Android Pay and have root access at the same time, o you need not worry about that becoming an issue for you.

Mat Diekhake is the editor of ConsumingTech.com. He has been inseparable from the internet since Web 2.0 in 2005, and by 2008 decided on a career in IT. With a never ebbing desire to cover technology, he spends most days consumed by Windows, Linux, and Android in particular. Though he has spent innumerable hours learning consumer software in general, formally and as an autodidact, and has personally authored over 10,000 articles since 2010. Microsoft awarded him numerous certificates resulting in him becoming a qualified Windows systems administrator (MSCA). Read Mathew's full biography. Mathew's social profiles: Twitter, Facebook, Instagram, LinkedIn, Github, Reddit.
« Download New KingRoot App for Android 5.1 Lollipop (KingUser)» Download KingRoot APK for Android 5.1.1 Lollipop (KingUser)