The following guide teaches you how to become the root user on the Samsung Galaxy Tab 4 10.1 SM-T537R4 tablets when you have it running on the Android 5.1.1 Lollipop software updates. The rooting file in this guide should work well for all firmware that is based on the Android 5.1.1 Lollipop update and not just the one that Chainfire bases his rooting methods on when he create the CF-Auto-Root file available in this guide.

Chainfire was running on the LMY47X.T537R4TYU1BOG4 firmware build number on his Samsung Galaxy Tab 4 10.1 SM-T537R4 device when he figured out how to root it running on the Android 5.1.1 Lollipop updates. We know that because he tells us the information of the build number that the rooting method is based. However, that does not mean you need to be running that same firmware build number. It means you might find that information useful one day because some of the Samsung devices might not boot images when they become old. 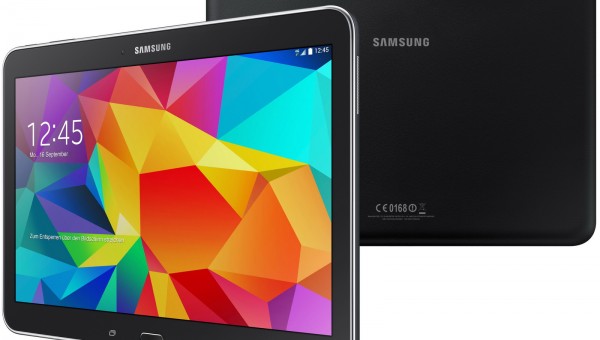 You must have a computer that is running versions of the Windows operating system to root the Galaxy Tab 4 with the CF-Auto-Root one-click rooting tool. The reason is that the rooting package is made to be flashed from the Odin flashing tool and does not flash from anything else.

There are two versions of the Samsung Galaxy Tab 4 10.1 with the SM-T537R4 model number, and only one of them can use the file in this guide. The difference is in the board number. The board number for this rooting tool is the MSM8226 as seen in the post title. The other board number (MSM8926) will get bricked if you flash the rooting file found in this guide. The quickest way to tell the difference between the two is the device with the MSM8226 board is currently running on the Android 5.1.1 Lollipop updates, and the other board number (MSM8926) is running on the Android 4.4.2 KitKat update at the time of writing this post.

There could be some more Android software update that rolls out for the Samsung Galaxy Tab 4 tablet that is based on the Android 5.1.1 Lollipop software update. These updates will continue to keep the CF-Auto-Root tool working because it is usually the new bootloaders that come in updates that stop it from working and we do not often see new bootloaders in update unless you are updating to a new version of Android such as going from Android 4.4.4 KitKat to Android 5.0 Lollipop. Nevertheless, it is not out of the question to find a new bootloader on the Android 5.1.1 updates. When that happen, Chainfire relies on people to post the new recovery image file that is found in the new firmware to the official CF-Auto-Root thread made on the XDA-Developers websites he can see it and then use it to update the file. Once the file is updated to work again, you will automatically see those changes in our guides because we link directly to the CF-Auto-Root repository page.

In conclusion, that is how to root the Samsung Galaxy Tab 4 10.1 SM-T537R4 running on the Android 5.1.1 Lollipop software updates by flashing versions of the CF-Auto-Root one-click rooting tool by Chainfire. The tablet reboots back into the normal mode now, and you see the SuperSU application is available from the app drawer. Since the rooting exploit already enabled SuperSU, there is nothing you technically need to do to it from this point, but you can tap to open it like a regular app and check out the options inside if you prefer.

You can install the root checker application from the Google Play Store if you prefer doing things by the book and making sure that the guide did work before going ahead and installing your root applications. Now that root access is verified by the root checker, it’s time to check out what things there are to do with a rooted Android operating system that you might not already know about.

Furthermore, those looking for troubleshooting tips can find out how to get into the recovery mode manually and do that after the flashing finishes just in case the reason the rooting is failing is that the Samsung Galaxy Tab 4 is not getting into the recovery mode as needed. Additionally, you can install another version of the Odin flashing application as it comes in many versions and the version that is bundled in with the rooting tool is not necessarily always going to work perfectly for your device.

Mathew Diekhake is a certified Microsoft Systems Administrator from Australia and also the founder and editor of ConsumingTech.com. With a never ebbing desire to cover technology, he is mostly consumed by Windows, Linux, and Android. However, he has spent stacks of hours learning about a variety of computer software, both formally and informally, and has authored tens of thousands of tutorials and news articles since 2011. Mathew has obtained many Microsoft certificates and is a qualified sysadmin (MSCA). Read Mathew's full biography. Mathew's social profiles: Twitter, Facebook, Instagram, LinkedIn, Github
« Root Samsung Galaxy Tab 4 SM-T535 on Android 4.4.2 (MSM8926)» Root Samsung Galaxy Note 5 SM-N920R4 on Android 6.0.1 Marshmallow