If you are someone who is interested in the Android operating system running on Samsung smartphones like the Samsung Galaxy S6 Edge Plus because you like to tinker with software, then rooting the OS might be the way to go. In fact, your chances of tinkering with Android without root access to that internal system of yours is rather slim because it comes locked. When we refer to an operating system that is locked, it is completely different to something like a locked SIM card. A locked SIM means you can only use the one phone carrier network for service.

A locked operating system clamps you down with oodles of restrictions which do not allow you to alter the OS in any way. There are a few ways in which a person can make changes to the way the Android operating system thinks. The main way is to swap completely over the stock ROM for a custom version, so everything you see is now different. These custom ROMs are either put together by an official team like CyanogenMod or are a collective effort from an open source community of people. A new ROM does not resemble anything you have seen and is like applying a new theme only ten fold better with new features and also performance changes to consider. Still, the likelihood of finding a ROM that is perfectly tailored to your needs is relatively slim, but there is without question more of a niche market appeal with custom ROMs. 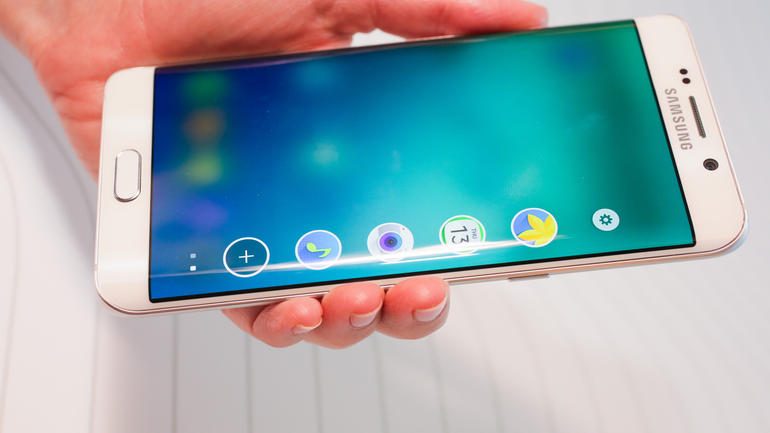 The other thing we can do to take advantage of the new way in which the Android operating system thinks is install applications. Often these applications are found on the Google Play Store and can compliment your custom ROM flashing, tweak your UI, tweak the performance by overclocking, helping your battery last longer, offer better solutions for storing your data and giving you the ability to remove system apps. Another reason people like to install applications that require root access is to install ad blockers which we do not support because they put sites like us out of business, and that stops the ability from you being able to read this kind of content which is designed to help you with what you are looking for online. Should the rise of ad blockers continue to surge, you find content locked behind subscription fees everywhere you go, and the quality of content will likely dramatically suffer as businesses struggle to pick up enough subscribers to the open content which forces them into paying journalists and technical writers less. We are already starting to see some of our favorite writers on the internet pack up and leave for other industries, and they are being replaced by writers who are significantly worse.

For right around three dollars people can download and install the GL Tools application which is an app that enhances the graphics on your Samsung Galaxy S6 Edge Plus smartphone provided it has a OpenGLES 2.0-compatible GPU which most of them do. The GL Tools app makes gaming more pleasurable from an otherwise struggling mobile device that was always going to struggle to handle the requirements of serious gaming on a mobile platform. The GL Tools application works by decompressing and resizing the textures, optimize shaders, tweak resolution, and rendering and checking the frame rate.

Here is everything you need to root the Samsung Galaxy S6 Edge Plus smartphone so you can do things like install the GL Tools app and any other app that requires rooting permissions to run on your Android operating system. Moreover, the root access helps make it possible to install a custom ROM or kernel after you have installed a custom recovery image on the smartphone.

Chainfire always used a firmware build when he creates a CF-Auto-Root tool, and things are no different here with regards to the Samsung Galaxy S6 Edge Plus smartphone with the SM-G928C model number. The build number for the rooting method found in this guide is the MMB29K.G928CXXU2BPB8 firmware, and it is part of an Android 6.0.1 Marshmallow software update that is only available for some regions. It does not matter if that region is yours or not because you do not have to be running on the same MMB29K.G928CXXU2BPB8 firmware build number before you flash the CF-Auto-Root package found in this guide the root the Samsung Galaxy S6 Edge Plus smartphone. Chainfire just gives us the build number so we can use it as a guideline in the future to check out what time was the through time the rooting method was made. He does this for us because some of the smartphones like the Galaxy S6 Edge Plus might not boot old images when they age.

There could be a few more Android software updates that roll out over the air for the Samsung Galaxy S6 Edge Plus smartphone that is based on the Android 6.0.1 Marshmallow builds. These will almost always not present any problem for you since we only tell you that this guide is made for Android 6.0.1, but sometimes larger updates to newer versions of Android can bring new bootloaders with them. A new bootloader can stop the CF-Auto-Root tool from working until Chainfire updates the files for them to work again. He doesn’t keep track of these updates on his own; he relies on people like us to post the new recovery images found inside the firmware updates that are causing the problem to the official CF-Auto-Root thread made over at the XDA-Developers website, and he will see the message and then apply the necessary changes to the rooting file. Once that is done, you will find the update is directly ready from inside our posts because we always link directly to the CF-Auto-Root tool repository.

In conclusion, that is how to root the Samsung Galaxy S6 Edge Plus smartphone with the SM-G928C model number by using the systemless root versions of the CF-Auto-Root tool. The rooting file found in this guide should root that same model number when it is running on any firmware that is based on the Android 6.0.1 Marshmallow updates. You Can always check out what Android version your smartphone or tablet is running by looking at the About Device menu.

Once you can see that the smartphone is rooted from the root checker app, try checking out all the things you can do as a root user on the Android operating system. A root user is another way of saying root access, and they allow you to have full privilege control over the operating system so you can install anything you want and thus essentially do anything that you want. That includes installing all the applications from the Google Play Store that you could not install before like the Titanium backup application.

Furthermore, anyone who gets a message telling them that the smartphone is not rooted after using the root checker application can find out why that is which is usually by looking into the recovery mode or the Odin application. Those who do not get into the recovery mode automatically with the help of the rooting tool can boot into recovery mode manually instead after the guide is complete. Moreover, those who need to try using another version of the Odin flashing tool can download another version with a different number and then follow the same steps using the guide above.

In addition to entering the recovery mode by hand and using another version of the Odin flashing application, people can head over to the Sam Mobile website and install different firmware. By clicking the firmware menu from Sam Mobile you have access to the firmware files for your device. Always make sure you download the firmware for the same model number or else you will brick the device and need to flash another stock Rom to fix the problem you just created. Moreover, those who do not have SIM unlocked devices can only install firmware from the same model number and phone carrier network. Conversely, people with a SIM unlocked phone can install firmware based on the same mobile number but make for other phone carrier networks.

Mathew Diekhake is a certified Microsoft Systems Administrator from Australia and also the founder and editor of ConsumingTech.com. With a never ebbing desire to cover technology, he is mostly consumed by Windows, Linux, and Android. However, he has spent stacks of hours learning about a variety of computer software, both formally and informally, and has authored tens of thousands of tutorials and news articles since 2011. Mathew has obtained many Microsoft certificates and is a qualified sysadmin (MSCA). Read Mathew's full biography. Mathew's social profiles: Twitter, Facebook, Instagram, LinkedIn, Github
« Root Samsung Galaxy S6 Edge Plus SM-G928F on Android 6.0.1 Marshmallow» Root Samsung Galaxy S6 Edge Plus SM-G9280 on Android 6.0.1 Marshmallow