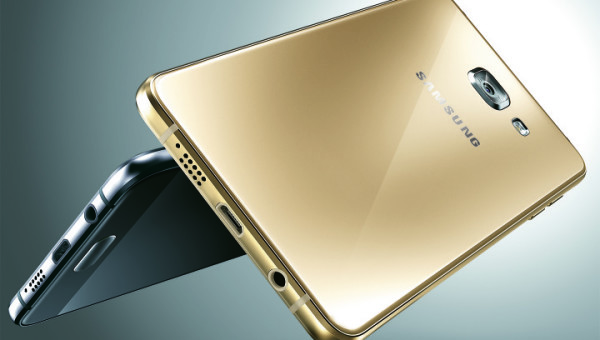 In fact, we know that you do not and Chainfire gives us that information only so you can use it as an indicator. Some of the Samsung devices do not boot old images and give you the build number lets you look up when that build number was made so you can run something similar if you need to in the future.

You must have a computer that is running versions of the Windows operating system to use this guide. The Odin flashing application is the tool we are using today to flash the rooting exploit, and it only runs on Windows because the Samsung developers made it that way.

You must have the Samsung Galaxy A7 2016 smartphone that has the SM-A710Y model number to use this guide. Three main model numbers can be rooted for the A7 2016 smartphone, and each of them has a unique CF-Auto-Root tool made up. You rely on us to give you the right one and flashing the wrong one can mean a bricked device. You can check the model number of your A7 2016 by pointing to the Menu > Settings > About Device > Model Number.

There may be some Android software updates that roll out in the future for the Samsung Galaxy A7 2016 that are still based on the Android 5.1.1 Lollipop software updates. All of those updates should work fine when you flash this file. Sometimes new bootloaders can come in software updates, and they break the CF-Auto-Root from working until Chainfire updates the files. However, these usually come in newer versions of Android and not when it is based on the same Android 5.1.1 Lollipop. Still, anything can happen and should you find yourself in that situation, Chainfire needs you guys to post the new recovery image file on the official CF-Auto-Root tool thread over at the XDA-Developers Website. He sees your message and then uses the recovery image to make the changes to the rooting file. Once he updates the files, they are automatically updated in our guided also.

In conclusion, that is how to root the Samsung Galaxy A7 2016 SM-A710Y smartphone when it is running on the Android 5.1.1 Lollipop software updates by using the CF-Auto-Root tool. Since this is a Lollipop update and not a Marshmallow upgrade, the rooting file in this guide still makes use of the older method of rooting and not the systemless root method that no longer needs to change the /system partition. We usually find the systemless root version from Marshmallow and Nougat updates. Anyhow, since this is the older versions, you need to flash a stock ROM which you should get from the Sam Mobile website if you want to unroot the device so that it is the way it was before you started this guide. Moreover, you can also unroot by opening the SuperSU application that has just been installed and enabled on your smartphone and unroots that way instead.

Mathew Diekhake is a certified Microsoft Systems Administrator from Australia and also the founder and editor of ConsumingTech.com. With a never ebbing desire to cover technology, he is mostly consumed by Windows, Linux, and Android. However, he has spent stacks of hours learning about a variety of computer software, both formally and informally, and has authored tens of thousands of tutorials and news articles since 2011. Mathew has obtained many Microsoft certificates and is a qualified sysadmin (MSCA). Read Mathew's full biography. Mathew's social profiles: Twitter, Facebook, Instagram, LinkedIn, Github
« Root Samsung Galaxy S6 Edge Plus SM-G9280 on Android 6.0.1 Marshmallow» Root Samsung Galaxy A7 2016 SM-A710M on Android 5.1.1