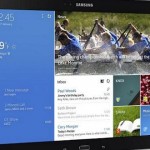 We thank Samsung for having used numbers to label what is the most powerful tab Pro in Sammy’s lineup. However, it can still get a bit tricky for some fans because there are two of them. The first we already showed you was the SM-T905 and now today I will show you how to root the SM-T900.

This method should be applied by all users with little to no experience right through to advanced users. If you are a novice just read carefully over the checklist so you don’t forget a few things that you will need during the guide and also so that you don’t end up regretting anything such as failing to backup properly. Sometimes technology can be tricky, to say the least, so I’m here to help simplify it as much as possible. If you have any questions about something you don’t understand or I didn’t explain clearly enough or you then leave a comment or get in touch via the About Us page. Alternatively we are also available for a chat on social media. Let’s get stuck into some of the essentials.

1. Download the root tool from this link (Odin included inside the package).

2. Those of you using any OS from Vista to Windows 8 download both files to the C: Drive. If using XP it is easier to use the desktop. There are benefits to using the C: Drive long-term because it doesn’t clutter the desktop.

3. Turn the tablet on in Download Mode. Press the Power button and while holding it down also press the Home + Volume Down buttons at the same time. Hold all three of them together until a warning message appears on the screen.

4. If saving to the C: Drive, go to Start > search field and type in Odin to bring up the folder. Double click to unzip and open Odin. You may get some Windows warning messages about it being an unrecognized file type. Ignore them because we trust this source.

5. Plug the USB cable in the tablet and the computer or laptop.

6. Watch the ID: COM port change colour and display “added’ on the screen in Odin.

7. Click the PDA button and upload the CF-Auto-Root-v2wifi-v2wifixx-smt900.tar.md5 files to this location.

8. Leave all settings in Odin as default. There will be two boxes with ticks displayed called Auto Reboot and F Reset Time. The developers do this because they are usually on and likewise the other options are often off. That is no different this time either.

10. It is important to not touch anything while it continues to work.

11. When finished it will display the word “pass” on the screen.

12. Close Odin by clicking the “X” in the top right corner of the application.

13. Disconnect the USB device properly to avoid data corruption. To do this move the mouse down to the taskbar and right-click on the safely remove hardware icon. Stop the USB mass Storage device. Click “OK” on the next screen and wait until it says it is OK to disconnect. Now unplug everything and that is the end.

If you run into any problems flash the stock firmware using Odin 3.09.

Mathew is a qualified Microsoft Windows systems administrator (MCSA) who has covered OSs, browsers, the internet, and related tech since 2011. He is the founder and editor of ConsumingTech.com and is a freelance tech writer for various publications around the Web. Mathew graduated from Lumify Melbourne in 2011. He grew up in Melbourne and lives in rural Victoria, Australia. Read Mathew's full biography. Mathew's social profiles: Twitter, Facebook, Mastodon, Instagram, LinkedIn, and GitHub.
« How to Root Samsung Galaxy Note 3 Neo SM-N750, N7505 on 4.3 Jelly Bean» How to Root Motorola Xoom WiFi MZ604 and Install ClockworkMod Recovery