How to Root Amazon Fire Phone on Android 4.4 KitKat

You might remember Amazon–the largest online retailer–talking about bringing out a smartphone years ago. They finally did it and named it the Fire Phone. It’s a great name for an underrated device, especially if you are a fan of the Amazon brand.

If you own this handset and want to get more out of it, we suggest doing that by hacking the system internals with root access. Check after the jump on how to root Amazon Fire Phone on Android 4.4 KitKat. 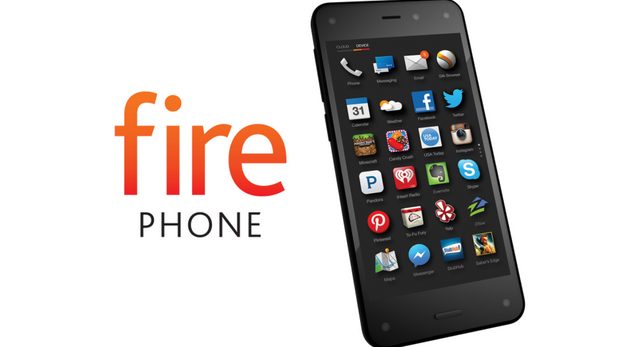 This is what you need to do to get the Amazon Fire Phone rooted when it’s running on the Android 4.4 KitKat software update. It shouldn’t matter what the exact firmware build number is, provided that you have it running on the correct Android version.

HOW TO ROOT AMAZON FIRE PHONE ON ANDROID 4.4 KITKAT

1. Download the Towelroot package from here. Ignore any message your browser says about the file potentially being unsafe.

3. Extract the file to the desktop so you can use the executable file inside.

4. Once done, run the program and click the button “Make it ra1n”.

5. Now the Towelroot program will take over and flash the exploit to your device.

6. Do not touch any buttons until it is done. You should see your handset automatically rebooting.

7. Now you can install SuperSU from Google Play to finish.

The Amazon Fire Phone is now rooted and ready to have the root applications installed on it. Many of them are available from the same Google Play Store that would already have used if you have installed any apps at all from your operating system. There are a few good ones that aren’t on Google Play, sometimes because Google has removed them and other times just because the developers wanted them hosted on their own websites instead. Anything that gets installed from outside of Google Play doesn’t have the Google security looking after it. You can jump on the computer and give it a free VirusTotal scan just to make sure that it is clean if you want. It’s imperative that you don’t install malware on a rooted device or else it can run through the system and through to other applications, which isn’t a good thing if you have anything involving finance in those apps.

Mat Diekhake is the editor of ConsumingTech.com. He has been inseparable from the internet since Web 2.0 in 2005, and by 2008 decided on a career in IT. With a never-ebbing desire to cover technology, he spends most days consumed by Windows, Linux, and Android in particular. Though he has spent innumerable hours learning consumer software in general, formally and as an autodidact, and has personally authored over 10,000 articles since 2010. He is a qualified Microsoft Windows systems administrator (MSCA). Read Mathew's full biography. Mathew's social profiles: Twitter, Facebook, Instagram, LinkedIn, and Github.
« How to Root Samsung Galaxy Note 3 LTE N9005 on Android 5.0 Lollipop (XXUGBOB6)» Root and Install TWRP Recovery on Sprint Galaxy S6 Edge SM-G925P