As of March 16th, there is a new version of the Google Chrome web browser available officially released. It’s called the stable channel version 57.0.2987.110. The newer version of Google Chrome comes with a feature called background tab throttling that has never been available before in earlier versions of the world’s most used web browser.

When Microsoft launched the Microsoft Edge web browser that shipped with Windows 10, they made it the most efficient browser to use with Windows 10. If you used Google Chrome, it would not load as fast, and it would use more power. That power draining is noticeable if you are working on something like a Microsoft Surface Book running Windows 10 and it is not connected to the electrical outlet. 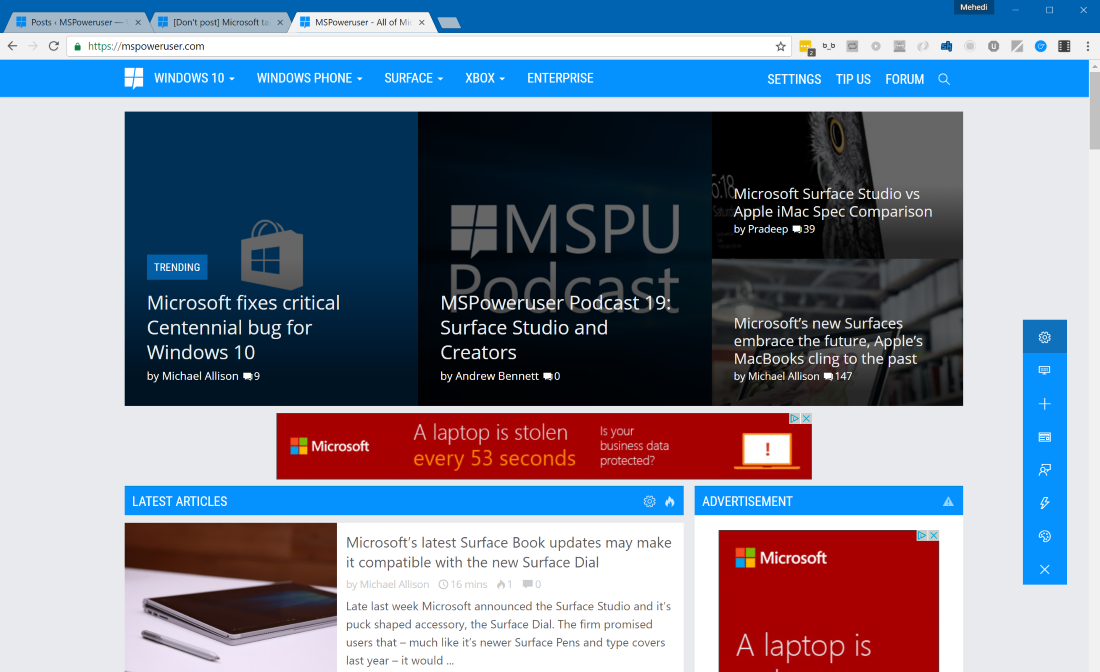 It may have been that lack of efficiency that has Google opting to roll out this new background tab throttling feature because in their official blog post about the release, they mention the feature is developed to help create more speed and efficient. Here are the full announcements from the Google Chromium blog post:

Chrome has focused on improving the user experience by throttling tab performance for many years. Like many browsers, Chrome has limited timers in the background to only run once per second. Via the new throttling policy, Chrome 57 will delay timers to limit average CPU load to 1% of a core if an application uses too much CPU in background. Tabs playing audio or maintaining real-time connections like WebSockets or WebRTC won’t be affected.

We’ve found that this throttling mechanism leads to 25% fewer busy background tabs. In the long-term, the ideal is for background tabs to be fully suspended and instead rely on new APIs for service workers to do work in the background. Chrome will continue to take steps in this direction to prolong users’ battery life, while still enabling all the same experiences developers can build today.

The new background throttling feature is available for the Windows 10, Windows 8 and Windows 7 operating system versions, and the guide below shows you everything you need for enabling and disabling it on your computer.

Open the Google Chrome web browser and type “chrome://flags/#expensive-background-timer-throttling” into the address bar and hit Enter. 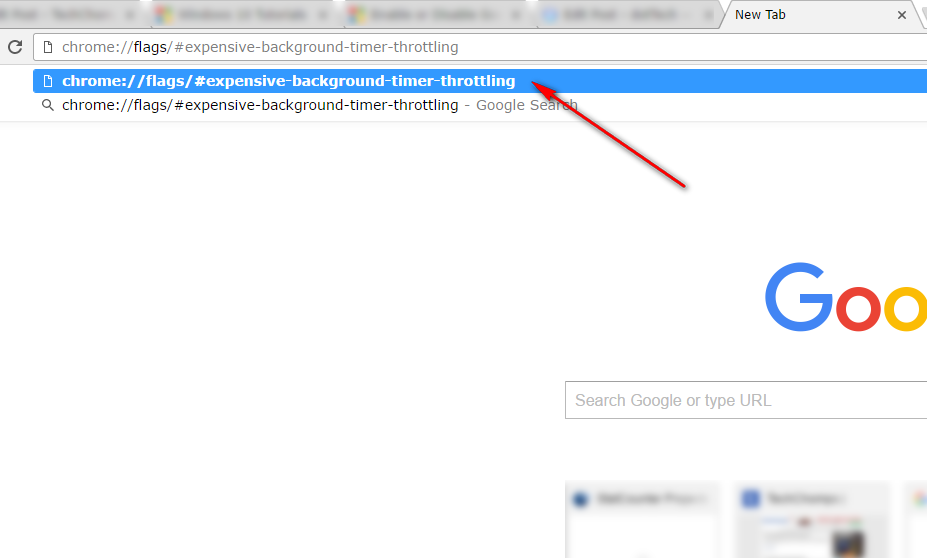 The first listing from the Chrome flags page is now the “Throttle expensive background timers, ” and it comes to you with a drop-down menu. By default, it is set to “Default” but that option can be changed to either enable or disable. 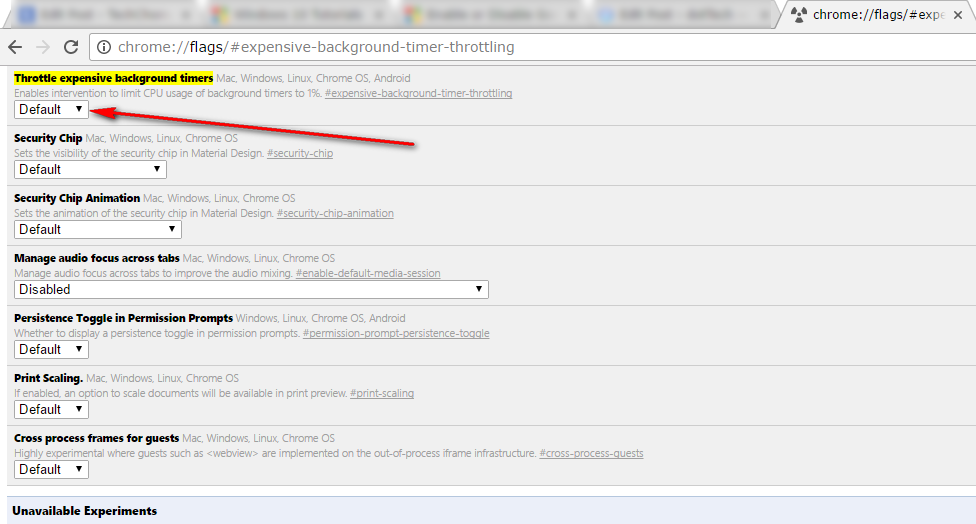 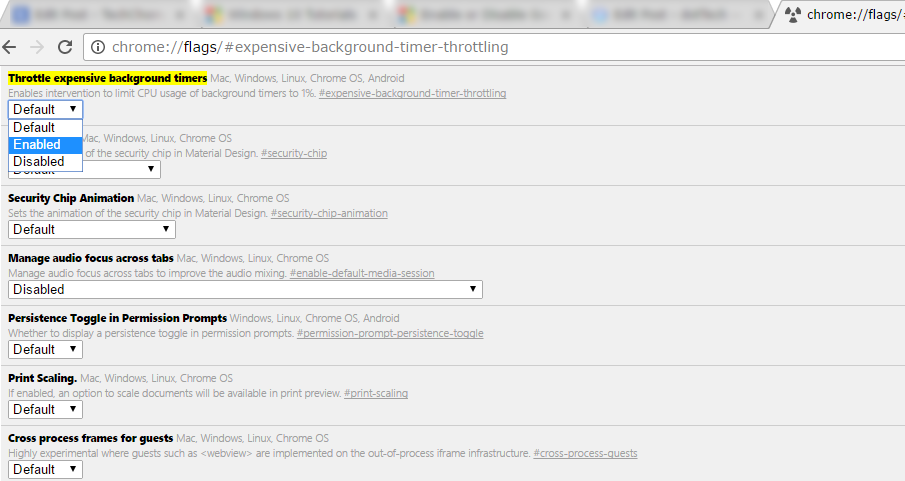 Before any changes are officially made, you need to click on the “Relaunch Now” button that appears at the bottom of the browser window or just above the taskbar where you would typically find files downloading.

The background tab throttling is now enabled or disabled in Windows when using the Google Chrome web browser.

Mathew is a qualified Microsoft Windows systems administrator (MCSA) who has covered OSs, browsers, the internet, and related tech since 2011. He is the founder and editor of ConsumingTech.com and is a freelance tech writer for various publications around the Web. Mathew graduated from DDLS Melbourne (now Lumify) in 2011. He grew up in Melbourne and lives in rural Victoria, Australia. Read Mathew's full biography. Mathew's social profiles: Twitter, Facebook, Mastodon, Instagram, LinkedIn, and GitHub.
« Shut Down Computer in Windows 10» Update Group Policy Settings in Windows 10