How to Download PP Jailbreak for iOS 8.4 on iPhone/iPad/iPod Touch

Regardless of who did it first, it is evident that each tool is made from a very similar — if not the same — exploit, since both tools originally released for iOS 8.3 software and have quickly been updated to work with iOS 8.4 software within hours of Apple releasing iOS 8.4. 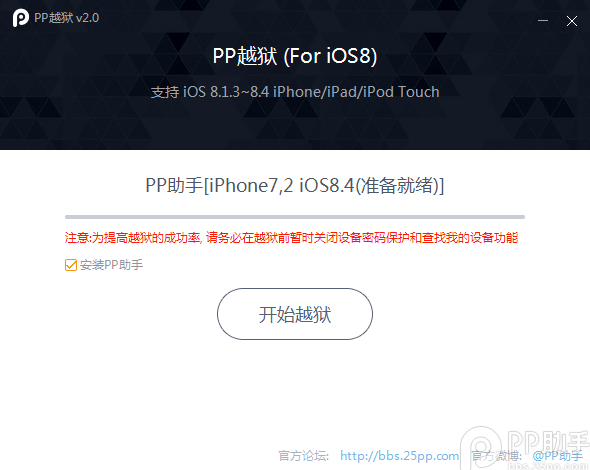 If you are facing an abundance of bugs with TaiG, or just don’t want to use it for any other reason, you can now download PP Jailbreak for iOS 8.4 and use that tool instead.

You can download PP jailbreak for iOS 8.4 from here.

If you aren’t an advanced iOS user and you don’t usually jailbreak the iPhone, iPad and iPod touch, we recommend using the TaiG tool instead since it’s more popular. You’ll find it a great deal easier finding common solutions to TaiG problems with error codes using the same tool as the masses are using.

in Jailbreak, Tutorials No Comments

Mathew Diekhake is a certified Microsoft systems administrator from Australia and also the editor of ConsumingTech.com. He has been inseparable from the internet since Web 2.0 in 2005 and by 2008 decided on a career within IT. With a never ebbing desire to cover technology, he spends most days consumed by Windows, Linux, and Android in particular; however, he has spent innumerable hours learning consumer tech software in general, formally and as an autodidact, and has authored tens of thousands of tutorials and news articles since 2011. Mathew has obtained numerous Microsoft certificates and is a qualified sysadmin (MSCA). Read Mathew's full biography. Mathew's social profiles: Twitter, Facebook, Instagram, LinkedIn, Github, Reddit.
« How to fix ‘Apple Driver Hasn’t Been Found’ error after TaiG iOS 8.4 Jailbreak» How to Root Micromax A106 Unite 2