Android 7.1 Nougat is one of the more recent updates to Android that we’ve seen, coming with six major new features over Android 7.0, including the likes of a bunch of developer features, a manual storage manager, a rearranged notification shade, a new requirement for opting in with new hardware, touch display improvements, and extra moves for gestures and the fingerprint reader. As time goes on the basic version of Android that you get on your device when you buy them, or after installing over the air updates, is gaining more features, but there will always be some features that it can’t have if Google wants to keep the masses secure.

Some applications out there on Google Play and available around the Web need to have full system access, aka administrative access, before they can run. If you use the Windows operating system a lot, then you’ll probably already know all about using the administrator’s account and what it does. The Android operating system has this available as well, but it is under the different phrase of having “root access”—a term used for Linux due to the way it has been developed. 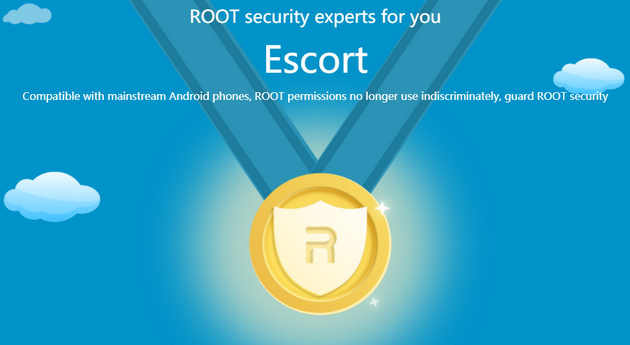 The guys over at Google don’t want to give everyone root access when they ship the operating system because, as anyone who has experience with computers will know, most problems with relation to getting viruses of any description generally come from when people are logged in to the admin account. It’s no different with the Android mobile operating system and the root user account. If you can avoid using it, then you almost don’t have to worry at all about viruses because the way the Android operating system works without root access is that even if you do install a virus, there’s nothing it can really do because it’s trapped in its own application sandbox. The only time a virus can jump the fence of an application is when you have granted it root access.

In other words, having root access on Android doesn’t in itself pose as a security threat, but technically if you were to install a virus then it could lead to more danger. That’s why only the people who know what they’re doing should get root access and that way everyone else can not have to worry about where they travel online or what files they choose to download.

When it comes to getting root access, there are generally two ways you can go about doing it: by using a one-click rooting tool or by flashing a rooting zip file from a custom recovery image. If you have a custom recovery image available then you might want to check out tools such as SuperSU, but if you don’t then a one-click rooting tool is pretty much your only option. There are a few good quality one-click rooting tool, one of them being the 360 Root applications that we have here. It doesn’t get as much love as others like KingRoot, but that’s because it isn’t compatible for as many devices. As long as you check the device compatibility list and see your device there, then it will work when you have that device running on the Android 7.1 Nougat software update. And there’s nothing you need to worry about in terms of what root applications you can run either: you get to use all the same root applications as KingRoot would offer or any other rooting method, the only difference is finding the right tool that does the job for your device and its Android version.

360 Root for Android: Most people install the 360 Root application for Android. All you need to do is download the 360 Root app directly on your Android from whatever web browser you are using to view the official 360 Root website. When you visit the site, you’ll see the Download button for you to click for Android. Once the app is installed, open it up from the app drawer and then try to get root access by tapping on the button available to check for root. If you end up with a sad face, it is letting you know that your device couldn’t be rooted, probably because it wasn’t one of the compatible devices from the device support list that they have on their website. But you can also try the 360 Root application for PC as well and see how that goes.

360 Root for PC: If you tries getting root access with the 360 Root application for Android and it didn’t work, then you can try installing the desktop version of the application instead. To get it working, you would download the desktop version directly from your computer, connect the device you want to root to the computer with the USB cable and then open up the app and follow the instructions to try to get root access. You’ll want to install the appropriate Android USB drivers on your computer for the manufacturer of the mobile device before making that connection, so the root app can detect your device.

Mat Diekhake is the editor of ConsumingTech.com. He has been inseparable from the internet since Web 2.0 in 2005, and by 2008 decided on a career in IT. With a never ebbing desire to cover technology, he spends most days consumed by Windows, Linux, and Android in particular. Though he has spent innumerable hours learning consumer software in general, formally and as an autodidact, and has personally authored over 10,000 articles since 2010. He is a qualified Microsoft Windows systems administrator (MSCA). Read Mathew's full biography. Mathew's social profiles: Twitter, Facebook, Instagram, LinkedIn, and Github.
« How to Root Google Pixel on Android 7.1 Using Skipsoft Toolkit» Root Samsung Galaxy Tab 4 SM-T330NU on Android 5.1.1