To ramp up security and to get people accustomed to working with user accounts, Microsoft included a lock screen in the Windows 10 operating system. Those who didn’t like having the lock screen were then able to remove it from the computer by using a Group Policy or from the Registry if they really wanted the lock screen gone—and that they did as many people were found removing the lock screen by accessing one of those two things. 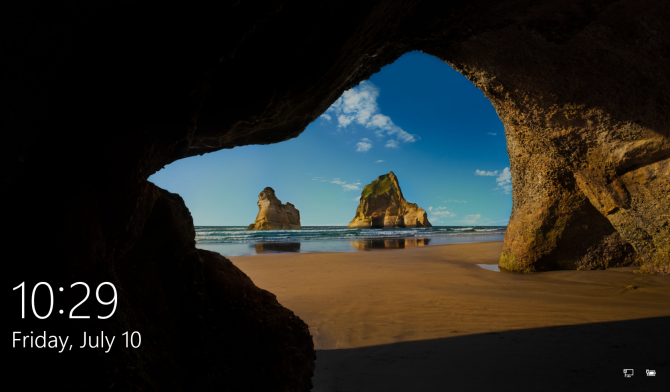 Thanks to the work from a third-party developer that has now changed, and you can remove the lock screen in the Windows 10 Anniversary Update after all by using a third-party application on your computer appropriately named LockScreenGone.

Download the LockScreenGone file from the official download source on the MDL forum and then extract the file on the computer. (You need to create an account on the MDL forum before you can download the link which might at worst sign you up for a newsletter that you need to unsubscribe from if you ever get an email).

Alternatively, you can install the LockScreenGone utility zip file called the LogonController Patch.

Extract the LogonController package to the Downloads folder on the computer (unless you have changed what the default download location of your files is when you go to find them).

Once extracted, you will see the same as the screenshot below. Click on the “Install” button to run it. (Make sure you are running the tool as an administrator by right-clicking on the file first and then selecting to run it as the admin).

A command prompt window then opens, and it automatically installs the tool on the computer for you. You can tell when it’s done the job by observing the “Successfully processed 1 files” message in one of the lines.

Those of you who want to restore the lock screen on Windows 10 can run the Restore.cmd file that is available from the same LogonController package that you downloaded (or visit this page to download the link again).

There’s no telling whether or not a new Windows 10 update in the future will prevent this tool from working. If that does happen, the same tool can work for you again—and you don’t have to download and install it all over again. You can get it working from the same folder that is on the computer already. All you need to do is open up the x32 or x64 folder depending on your version of the operating system (most computers run 64-bit processors these days if you don’t know yours), and run LogonController_Patch file under where it says “Patch to the file to patch.” Navigate to C:\Windows\System64 on the computer and then choose the LogonController.dll file and click on it to open it up. 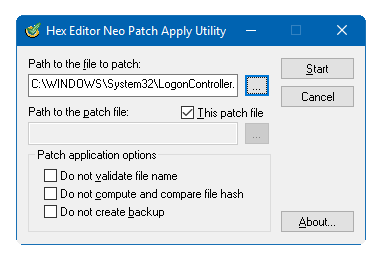 That is everything you need to disable the lock screen after the Windows 10 Anniversary update that Microsoft has rolled out to most computers around the world these days.

Mathew is a qualified Microsoft Windows systems administrator (MCSA) who has covered OSs, browsers, the internet, and related tech since 2011. He is the founder and editor of ConsumingTech.com and is a freelance tech writer for various publications around the Web. Mathew graduated from DDLS Melbourne (now Lumify). He grew up in Melbourne and lives in rural Victoria, Australia. Read Mathew's full biography. Mathew's social profiles: Twitter, Facebook, Mastodon, Instagram, LinkedIn, and Github.
« Easily Connect to Another PC and Use It in Windows 10 without Needing IP Address» Change Number of Items in Jump Lists with Windows 10