The XOLO Q3000 smartphone came with Android Jelly Bean out of the box and was later updated to Android 4.4 KitKat, but that’s as far as things went with software updates by the manufacturer and phone carrier network combined—known as official software upgrades. XOLO might not be the largest smartphone manufacturer in the world, but some of their devices get enough sales to attract the attention of the third party developers who like to create custom ROMs. The custom ROMs offer users a way to update to newer versions of Android unofficially. Sometimes these updates can be just to check out what the newer versions of Android look like and other times they are to get different features or lighter ROMs. 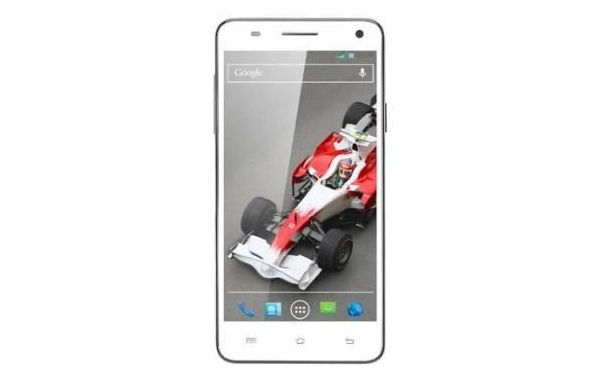 Some custom ROMs come with names that are designed to lure you into using them, and others come simple and self-explanatory. The clean ROM is definitely the latter. Clean typically stands for something that is very lightweight and does not come with any bloatware that the manufacturer and phone carrier networks always carry. The result is a more pure version of Android for you to look at which also results in you having more speed out of the ROM itself also. Additionally, you also get extra battery life out of a cleaner ROM, so you get that advantage of using this ROM as well.

The MIUI ROMs are what come stock on Xiaomi smartphones and tablets. Xiaomi used to be known as the company that only copied Apple devices whenever they released a new device, but that have grown since then and become one of the largest smartphone manufacturers in the world. The MIUI 7 custom ROM here that is available for the XOLO Q3000 is the global stock version without any modifications at all. On top of that base version of the global stock ROM, it also comes with BusyBox installed, root access by using SuperSU, no lag, Viper4Android support, good battery quality, plus support for Xposed to be installed so you can have the Xposed framework and modules. Xposed is many people’s solution to installing a custom ROM without having to install a custom ROM at all, so naturally, some people get confused when and why someone would want Xposed when they are installing a custom ROM. In this particular instance of the clean ROM, you don’t get much in the way of customization by design, and that’s how it remains fresh. However, by running Xposed, you can then make your changes on top of the clean ROM to give it the desired look.

One of the more common custom ROMs that becomes available for different devices is the Color OS ROM. The Color OS is also known as the Oppo OS and it’s the stock ROM that you can get from the Oppo smartphones. Oppo was once one of the premier smartphones manufacturer in the world. That noise has quietened down lately, but it’s a good thing that you can still get your hands on the operating system that runs stock on Oppo devices if it’s the one you prefer using. Similar to how you can find MIUI ROMs for devices that are typically only found on Xiaomi devices, the Color OS ROMs allow people to install an operating system that is usually confined to Oppo devices.

The Flexi ROM is based on the Android 4.2.2 Jelly Bean software update. While there are plenty of newer versions of Android you could be running, there are heaps of features you might want to have from this ROM. It comes to you with a smooth UI, fast UI, no lag, Xposed with Gravity box installed, floating applications, a new phone dialer, power saver, better network reception than what was up for grabs before, a Quick Mode for groups of individuals and much more still. You can read up on the full list of features from the download page.

If you want a custom ROM that does not change any of the design or features apart from giving you want stock Android versions of the software were made to look like before the manufacturer, and phone carrier networks changed it, then you’ll love the pure stock Deodexed ROM for the XOLO Q3000 smartphone.The Deodexed custom ROM for the XOLO Q3000 was the most popular ROM available from XDA-Developers, but it’s running on Android Jelly Bean so many people prefer to install something newer nowadays.

Mathew is a qualified Microsoft Windows systems administrator (MCSA) who has covered OSs, browsers, the internet, and related tech since 2011. He is the founder and editor of ConsumingTech.com and is a freelance tech writer for various publications around the Web. Mathew graduated from Lumify Melbourne in 2011. He grew up in Melbourne and lives in rural Victoria, Australia. Read Mathew's full biography. Mathew's social profiles: Twitter, Facebook, Mastodon, Instagram, LinkedIn, and GitHub.
« Custom ROMs for HTC One V [List]» Custom ROMs for HTC One M9 [List]