Carl Icahn Says Worst Is Yet to Come for Tech Stocks 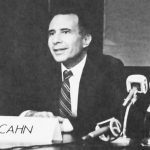 Carl Icahn has said the worst is yet to come for the stock market, which includes tech stocks.

Icahn has stated last year that he doesn’t know when the bear market will arrive, but that it’s definitely coming. And that it did. The US has been in a bear market all year long.

Now Icahn has come out recently during the MarketWatch’s Best New Ideas in Money Festival and warned investors that “the worst is yet to come.”

There are only a handful of investors who cause me to stop in my tracks and listen when they speak, and Icahn is one of them. He is an honest man, a powerful man, and while not a stock market technician, understands the health of companies extremely well.

The good news is that Icahn sees a strong bounce back once the bear market is over. Icahn said he thinks that there are companies out there that are cheap today and that will get cheaper [as they fall with the wider market]. Cathie Wood has suggested that she doesn’t expect her companies to continue to fall with the wider market because they have already bottomed if the US is in a recession.

Mat Diekhake is the editor of ConsumingTech.com. He has been inseparable from the internet since Web 2.0 in 2005, and by 2008 decided on a career in IT. With a never ebbing desire to cover technology, he spends most days consumed by Windows, Linux, and Android in particular. Though he has spent innumerable hours learning consumer software in general, formally and as an autodidact, and has personally authored over 10,000 articles since 2010. He is a qualified Microsoft Windows systems administrator (MSCA). Read Mathew's full biography. Mathew's social profiles: Twitter, Facebook, Instagram, LinkedIn, and Github.
« XRP up 40% in September from Oversold Position – Sept 23, 2022» Google Falls to New Support Level at $96.81 – Oct 1, 2022